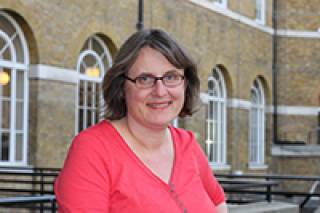 Professor Sonia Johnson trained in medicine at the Universities of Cambridge (pre-clinical) and Oxford (clinical), and obtained a BA in Social and Political Sciences at Cambridge and an MSc in Social Psychology at LSE. This social sciences background has stood her in very good stead in developing her research career, and particularly the current application. She became Professor of Social and Community Psychiatry at UCL in 2008, and has held her clinical post as a consultant psychiatrist in the Camden and Islington Early Intervention Service since 2003. She is Co-director of the NIHR Mental Health Policy Research Unit, funded by the Department of Health through the NIHR’s Policy Research Programme following an open competition. 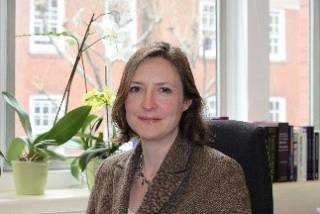 Dr Alexandra Pitman is an Associate Professor in Psychiatry in the UCL Division of Psychiatry and an Honorary Consultant Psychiatrist at Camden and Islington NHS Foundation Trust.  Her research interests are in the epidemiology of suicide and self-harm, the impact of suicide loss, loneliness and social isolation, and in developing approaches to prevent suicide. She is funded by the American Foundation for Suicide Prevention to investigate mediators of suicide risk after suicide bereavement. She co-leads, with Professor Sonia Johnson, the Loneliness and Social Isolation in Mental Health network. 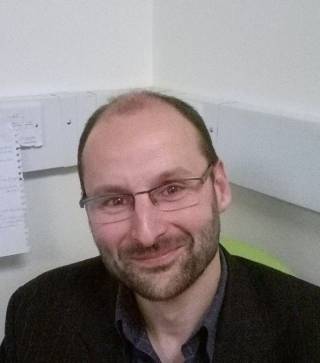 Dr Brynmor Lloyd-Evans is a Senior Lecturer in the Division of Psychiatry at University College London. His research interests span mental health services research and social interventions in mental health. With UCL colleagues, Bryn has worked on developing a conceptual model of social isolation in mental health and observational studies exploring correlates of loneliness, and the relationship of loneliness to health outcomes. Bryn was the co-lead on the Community Navigators study, which involved developing and feasibility testing a socially-focused intervention to reduce loneliness for people with severe anxiety or depression in secondary mental health services. He was a collaborator on the SInQUE2 study, led by Gill Mezey at St George's University London, which developed a measure of social inclusion and assessed social inclusion among adult mental health service users. 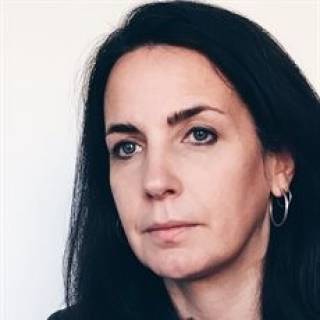 Dr Sarah Carr is a Senior Fellow in Mental Health Policy at the University of Birmingham. She was previously Associate Professor in Mental Health Research at Middlesex University London. She has experience of mental distress and mental health service use and uses this to inform all her work. Sarah was Chair of the National Survivor User Network (NSUN) and is a member of the editorial boards of Disability and Society and The Lancet Psychiatry. She is a Fellow of the Royal Society of Arts and an NIHR School for Social Care Research Fellow. Sarah has a particular interest in service user and survivor knowledge and social perspectives on mental health. 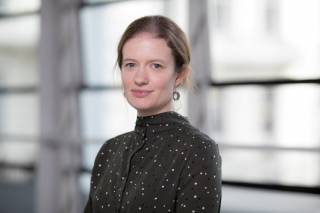 Dr Rosie Perkins is Reader in Performance Science at the Royal College of Music. Rosie’s research focuses on the arts and mental health, and she also directs the RCM’s ground-breaking MSc in Performance Science. Her award-winning work has been supported by the Arts and Humanities Research Council (AHRC), the Esmée Fairbairn Foundation, Arts Council England, and UK Research and Innovation (UKRI), and has featured in a wide range of international journals and press. Rosie is an honorary Research Fellow at Imperial College London and a Fellow of the Institute of Mental Health University of Nottingham and the Higher Education Academy. From 2018 she is a Fellow of the Royal Society for Public Health (RSPH) and is elected to the steering group for the RSPH Arts, Health and Wellbeing Special Interest Group. In 2019, Rosie was elected an Honorary Member of the Royal College of Music. 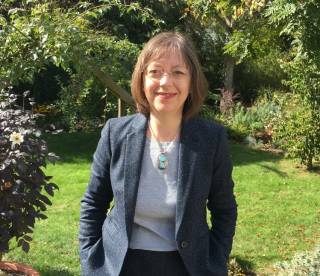 Professor Laura Vaughan is director of the Space Syntax Lab at the UCL Bartlett School of Architecture. Her expertise centres on the relationship between urban design, society and health, urban walkability modelling, and using design to prevent obesogenic environments. She has collaborated on several large interdisciplinary research projects, including ActEarly, a City Co-laboratory approach to early promotion of good health and wellbeing. 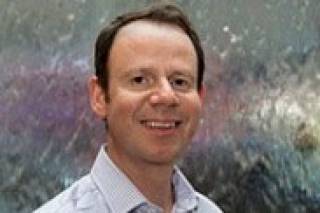 Professor David Osborn is a Professor of Psychiatric Epidemiology at UCL Division of Psychiatry. His main interests are the interface between physical and mental health, schizophrenia, bipolar disorder and depression in adults. He has led many studies using UK primary care databases using methodological approaches to routine data, pharmaco-epidemiology and social determinants of mental health. He has valuable links to the North Thames ARC, and co-leads the public mental health research programme at the NIHR School for Public Health. 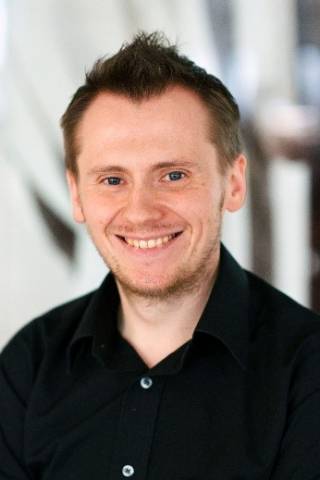 Professor John Vines is an expert in human-computer interaction, with experience of designing digital technologies to support community care and formation of new social relationships. He has conducted research on loneliness among carers, new parents, students and lone workers and designed both workshop-based and digital interventions that alleviate such experiences. 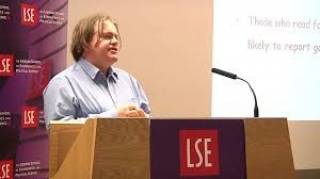 David McDaid is evaluating the cost effectiveness of the Reconnections loneliness alleviation programme in England, as well supported employment on loneliness of people with mental health needs in Norway. He has modelled the economic case for navigation and social activity interventions to improve the mental health of older people for Public Health England, reviewed evidence on the economic case for tackling loneliness for the Campaign to End Loneliness and is a member of the Cabinet Office/ Housing, Communities and Local Government’s Technical Advisory Group on Loneliness Measurement and Evaluation. 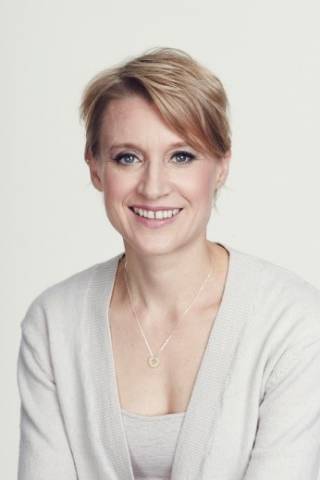 Professor Essi Viding has training in behavioural genetics and developmental cognitive neuroscience. She is expert in developmental psychopathology, with a particular interest in understanding how affective processing biases stem from biological and environmental risk, and how individuals are active creators (and differ in their perception) of environmental risk conditions– including loneliness. Because of her training, Essi is in a unique position to combine insights from genetically informative studies (including studies of gene-environment correlation) and cognitive neuroscience research to initiate novel cognitive experimental approaches to the study of individual differences in perception and generation of environmental risk conditions. 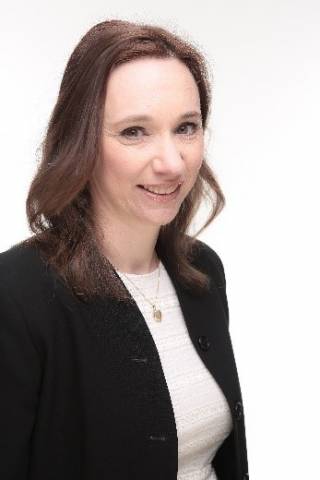 Professor Roz Shafran founded the Charlie Waller Institute of Evidenced Based Psychological Treatment, serves on the NIHR HTA Mental Health panel and is a NICE Expert Advisor. Her clinical research interests include the development of theories and treatments for mental health problems that transcend traditional boundaries. She has particular expertise in perfectionism which, like loneliness, can predispose and maintain mental health disorders. 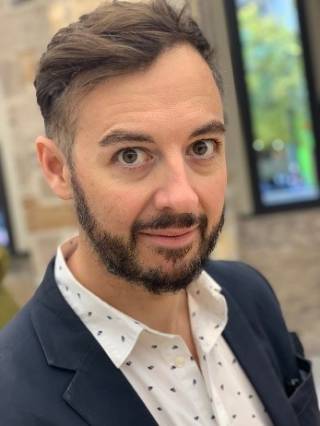 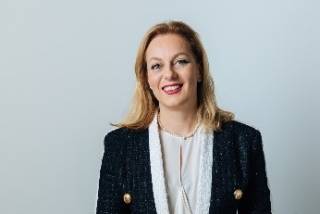 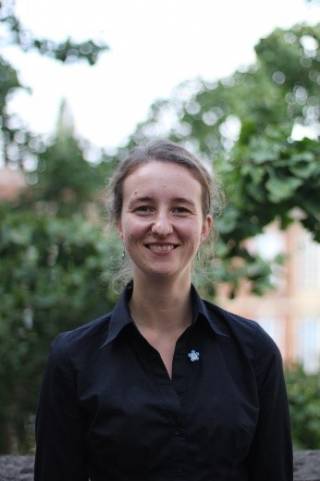 Dr Eiluned (Ellie) Pearce is Research Fellow and Network Coordinator in the Division of Psychiatry at UCL. She previously worked at the University of Oxford as a postdoctoral researcher in the Department of Experimental Psychology and has a background in evolutionary anthropology. Amongst other things she has conducted research into the social bonding and wellbeing outcomes of group singing. She has also worked in the charity sector both as a practitioner (running a befriending scheme for older adults and activities for children with visual impairments) and as a research consultant helping charities to evaluate their services