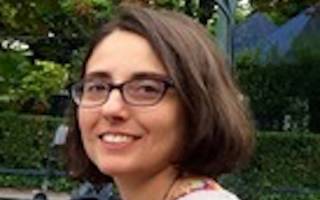 H. Zeynep Bulutgil is an Associate Professor in the Department of Political Science at University College London. Her research focuses on political violence, religious and political institutions, and inequality and ethnic politics. Her first book explores the conditions that lead to (or prevent) ethnic cleansing. This book titled, The Roots of Ethnic Cleansing in Europe (Cambridge University Press, 2016; 2018), received the 2017 Best Book Award in the European Politics and Society Section of APSA. She has published articles in International Security, Journal of Peace Research, Journal of Global Security Studies, Journal of Elections, Public Opinion and Parties, and Nationalities Papers.  Her second book manuscript, The Origins of Institutional Secularization: Ideas, Timing, and Organization, explores the historical origins of secular institutions. This project has been funded by a British Academy Mid-Career Fellowship. Dr.Bulutgil is also working on a series of co-authored articles on inequality and political mobilization in India.
Her research has been supported by fellowships from the Woodrow Wilson School at Princeton University, Belfer Center at the Harvard Kennedy School, Yale Center for International and Area Studies, and the National Science Foundation. She holds a Ph.D. from the University of Chicago. She is also an Associate Editor at Nationalities Papers.

Dr Bulutgil’s research, which is at the intersection of international relations and comparative politics, focuses on political violence, ethnic mobilization, and religion and politics. Both her book on the causes of ethnic cleansing and her second book project on institutional secularization focus on big social science questions that have largely been neglected by mainstream political science. To answer these questions, she employs a mixture of methods that include statistical analysis based on original data she collects, in-depth comparative historical analysis, as well as fieldwork. For more detail, please see her website: https://www.zeynepbulutgil.com/