Dr Jeffrey Howard is the 2021 Berger Memorial Prize winner for the best article in philosophy of law, awarded every two years by the American Philosophical Association for his article “Dangerous Speech,” published in Philosophy & Public Affairs. 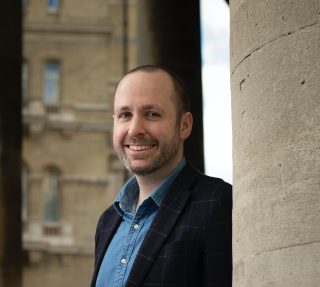 The Fred Berger Memorial Prize was established by the APA in memory of Professor Berger of the University of California at Davis. The prize is awarded to an outstanding published article in philosophy of law by an APA member, and the winner is invited to participate in a special symposium on the topic of the winning article at the Pacific Division meeting. Previous prize winners include some of the leading political and legal philosophers in the world today, including Kimberly Ferzan, Gideon Yaffe, Mark Greenberg, Seana Shiffrin, and Joel Feinberg.

From the selection committee: Jeffrey W. Howard’s “Dangerous Speech” offers a strong argument for the following claims, among others: that the right to free speech does not protect speech that incites the incontrovertible violation of others’ rights, that the U.S. Supreme Court’s Brandenburg test (according to which speech is protected by the First Amendment so long as it is not directed to inciting or producing imminent lawless action and is not likely to produce such action) is problematic, but that considerations of wide proportionality might indeed speak against the suppression of dangerous speech. The committee found this article illuminating and original, in a way that really advances an important and central debate in the philosophy of law.

Jeffrey Howard is an associate professor of political theory at University College London. He works on a range of issues in political and legal philosophy, focusing on free speech theory, the philosophy of criminal punishment, and normative democratic theory. His work has appeared in a number of journals including Philosophy & Public Affairs, The Journal of Political Philosophy, and Law & Philosophy. He is currently on a Leverhulme Trust Research Fellowship for a book project exploring the ethics of combatting dangerous speech. Originally from New England, he is a graduate of Harvard College and Oxford University.