States are often held responsible for their wrongdoings. Some argue that they should pay punitive damages for their international crimes as well. 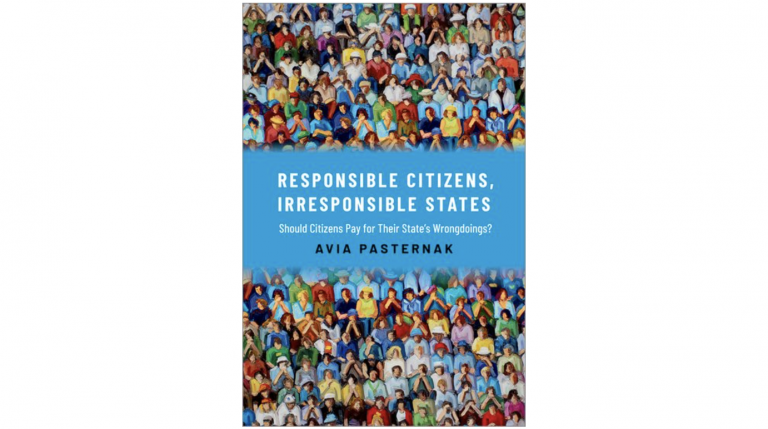 States are often held responsible for their wrongdoings. States pay compensation for their unjust wars, as did Iraq in the aftermath of its invasion of Kuwait. States pay reparations for their historical wrongdoings, as did Chile to the victims of the Pinochet Regime, or Germany to Israel and other countries because of the Holocaust. Some argue that they should pay punitive damages for their international crimes as well.

But state responsibility has a troubling feature: states are corporate agents, comprising flesh and blood citizens. When they turn to the public purse to finance their corporate liabilities, it is their citizens who pay the price. Even citizens who protested against their state's policies, did not know about them, or had no influence on policy makers end up sharing the burden. Why should these citizens pay for their state's wrongdoings, if they don't carry the blame?

Responsible Citizens, Irresponsible States develops a fresh justification for citizens' duties to share the burden of their state's wrongdoings. This justification revolves around citizens' participation in their state: drawing on recent debates in the philosophy of collective action, Avia Pasternak shows that citizens are acting together in their state and that their state policies are the product of this collective action. Given this participation, citizens ought to share the burden of remedying harmful wrongs their state policies bring about. However, she also argues that not all citizens in all states are participating in their state. In many authoritarian states, citizens' participation in the state is highly restricted or coerced. Here, ordinary citizens do not share responsibility for their state policies and should not be forced to pay for them. These conclusions carry significant real-world implications for the way domestic international law holds various types of states, and their citizens, responsible for their wrongdoings. This work is essential for political theorists and philosophers grappling with citizen responsibility and duty.