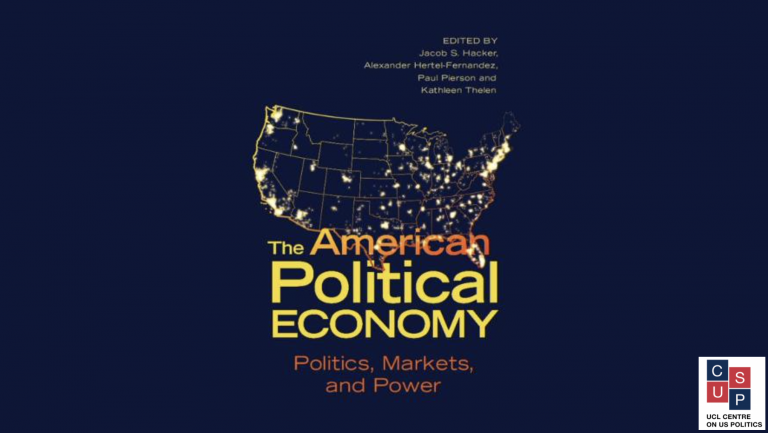 Whether as the `shining city on a hill’, or the world’s only remaining military superpower, the United States shapes political trends and policy tools around the world. As the third largest country in the world, by population, its politics also has direct consequences for 330 million residents. This seminar presents – and vigorously critiques – a new edited volume, “American Political Economy”, which aims to reorient our understanding of US politics. Democratic erosions and economic inequalities, two of the most pressing political problems of the United States and its rich western peers, can only be understood in light of the economic, geographic, institutional and racial contexts in which politics are contested.