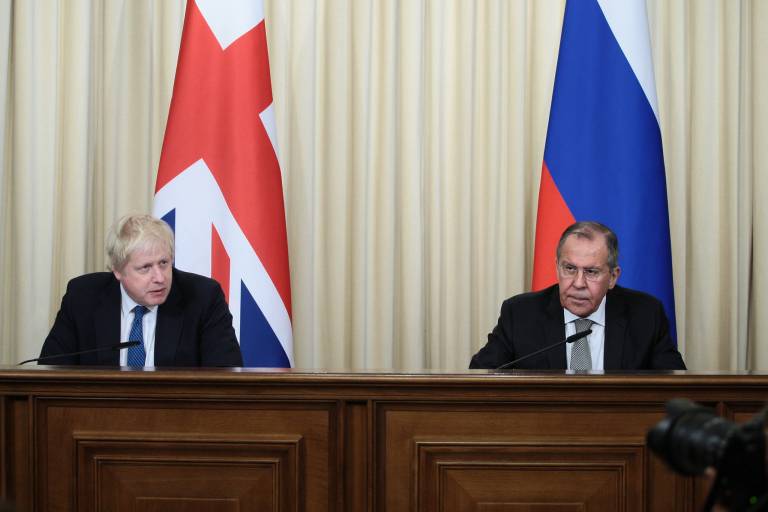 In July the Intelligence and Security Committee published its long awaited Russia report.

To introduce the report, and explain the difficulties which delayed its publication, our first speaker is Dominic Grieve, former Attorney General and chair of the committee when the report was compiled.  Then to discuss the threat posed by Russia, and how the West should respond, we have two further experts: Dame Anne Pringle, British Ambassador to Moscow 2008-2011; and Catherine Belton, investigative journalist and author of Putin’s People.

Rt Hon Dominic Grieve QC
Dominic Grieve was elected as MP for Beaconsfield in 1997, entering Parliament from a career as a barrister and having served as a councillor in Hammersmith and in the Territorial Army. He was appointed to the opposition front bench in 1999 as spokesman on Constitutional affairs and moved to the Home affairs team covering criminal justice in 2001 before being made shadow Attorney General by Michael Howard in 2003. In 2008 he was made shadow Home Secretary and shadow Justice Secretary in 2009. After the General Election of 2010 he was appointed a Privy Councillor and Attorney General holding that office until July 2014.  Mr Grieve is currently a member of the Standards and Privileges Committee of the House of Commons. In September 2015, Mr Grieve was elected Chairman of the Intelligence and Security Committee.
His work in Parliament on civil liberties and the Rule of Law was recognised by two awards – Parliamentarian of the Year in 2005 and in 2014 by a Lifetime Achievement award from Liberty. He has specialised on issues relating to Law and Order, civil liberties and international affairs as well as having an interest in environmental issues.
Dame Anne Pringle
Dame Anne Pringle is a career diplomat. She was Ambassador to Russia (2008-11); Ambassador to the Czech Republic (2001-4); and Director for Strategy and on the FCO Board (2004-2007). She spent a third of her career on EU policy issues and served twice in Brussels. Since leaving the FCO in 2012, Anne has taken on various roles: senior Governor of St Andrews University, her alma mater (2016-); a non-Executive Director of Ashmore Group plc (2013-); Public Appointments Assessor (2012-16); and the Government’s Special Representative on Deportation with Assurances (2013-15). She was on the Foreign Secretary’s advisory Locarno Group from 2013-16.
Catherine Belton

Catherine Belton is a senior investigative reporter for Reuters and former Moscow correspondent for the Financial Times where she worked from 2007-2013 and in 2016 as the newspaper's legal correspondent. She also previously reported on Russia for Moscow Times and Business Week.She is the author of Putin’s People: How the KGB Took Back Russia and Then Took On the West (2020). In 2009, she was shortlisted for Business Journalist of the year at the British Press Awards.