It’s More Than the Economy, Stupid: What Can We Expect from the 2020 US Presidential Election? 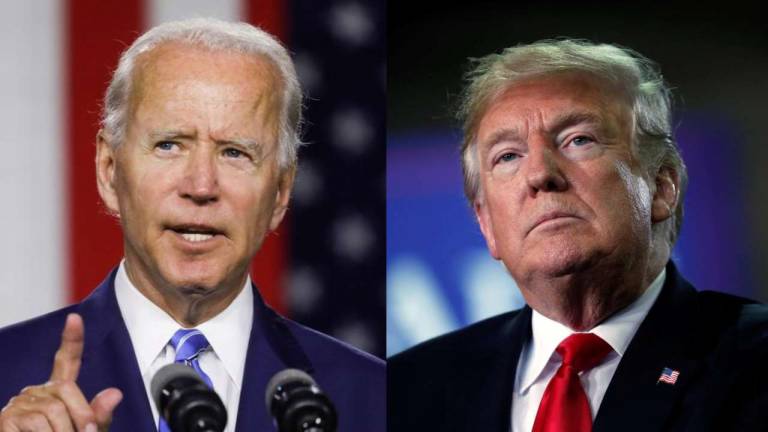 The Centre on US Politics, in collaboration with Policy and Practice and with support from the US Department of State, brings you the first in its series of events on the 2020 US elections.

The 2020 US presidential election will take place amidst the background of a global pandemic, high unemployment, protests for racial justice, catastrophic wildfires wrought by climate change, and rising political polarisation. At stake is the direction of federal politics and policymaking for the next four years, as well as control of the Senate, the House of Representatives and a number of state offices. What can we expect from a Joe Biden administration or a second term of Donald Trump? In this panel discussion, four leading experts—Brian Klaas (Washington Post and UCL CUSP), Anne Joseph O'Connell (Stanford Law School), Colin Provost (UCL CUSP), and Sherrill Stroschein (UCL SPP)—will discuss politics, policy, and governance under Trump’s first term and what this election may bring after Election Day.

Brian Klaas is a political scientist at UCL and a weekly columnist for the Washington Post. He has written three books: The Despot's Accomplice (Oxford University Press), The Despot's Apprentice (Hurst & Co), and How to Rig an Election (Yale University Press). His research focuses on democracy, authoritarianism, Trumpism, the nature of power, political violence, and US foreign policy. Before becoming an academic, he co-managed a winning campaign for Governor in his home state of Minnesota.

Anne Joseph O’Connell is the Adelbert H. Sweet Professor of Law at Stanford Law School. She is a lawyer and political scientist whose research and teaching focuses on administrative law and the federal bureaucracy. Outside of the Stanford Law School, she is a contributor to the Center on Regulation and Markets at the Brookings Institution and an appointed senior fellow of the Administrative Conference of the United States, an independent federal agency dedicated to improving regulatory procedures. She is an elected fellow of the American Academy of Arts and Sciences and the National Academy of Public Administration, and an elected member of the American Law Institute.
Colin Provost is Associate Professor of Public Policy and Director of the MSc in Public Policy at UCL. His research focuses primarily on the design and enforcement of regulatory policy in the United States; much of his research has examined how the behaviour of elected prosecutors (state attorneys general) affects the enforcement of state and federal law and how this in turn affects business regulatory compliance. His research has been published in Governance, Journal of Public Policy, Law and Policy, Political Research Quarterly, Political Psychology, Publius: the Journal of Federalism, Regulation and Governance, State Politics and Policy Quarterly and Review of Policy Research.
Sherrill Stroschein is a Reader in the Department of Political Science at UCL. Her research examines the politics of ethnicity in democratic and democratising states, especially democratic processes in states with mixed ethnic or religious populations. She has published articles in Perspectives on Politics, Party Politics, Nations and Nationalism, Political Science Quarterly, Europe-Asia Studies, and Ethnopolitics, as well as other journals. Her current project is funded by the ISRF, on local politics in ethnic enclaves.
Moderator: Adam Smith, Director of Oxford's Rothermere American Institute (RAI)