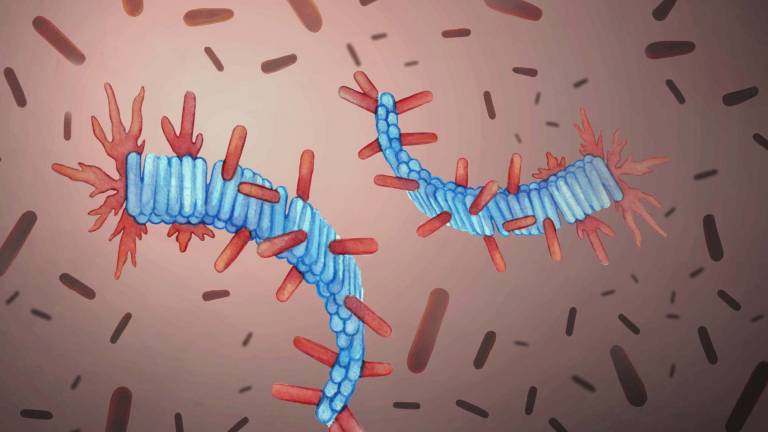 The ability of biological molecules to replicate themselves is the foundation of life, and it usually involves a complex cellular machinery. However, certain protein structures promote their own replication, without any additional assistance. One example is the self-replication of pathological protein fibrils, called amyloids, involved in neurodegenerative disorders, including Alzheimer's and Parkinson's. It is these fibrils, when intertwined and entangled with each other, that for instance form plaques in the brains of Alzheimer's patients.

Spontaneous formation of the first amyloid fibrils is very slow, and it typically takes several decades. But once the first fibrils are formed, they catalyse their own replication. This process leads to the fast proliferation of pathological species involved in the diseases, making it extremely challenging to control. Despite its importance, the fundamental mechanism of how protein fibrils can self-replicate, without any additional machinery, is not well understood.

The results of Saric et al. suggest that controlling the deposition of monomeric proteins onto the surface of the existing protein fibrils may represent a fruitful strategy for limiting the spreading of pathological protein aggregates in a disease context. Moreover, these findings may be of great interest for nanotechnology, where achieving efficient self-replication in manufacturing of nano-materials is one of the unfulfilled goals.