At present, my main area of research concerns Plato's metaphysics and in particular his later period dialogue, the Sophist. I am currently working on a monograph that offers a novel reading of Plato's Sophist. This reading argues that the dialogue's central question is what it is to give an account (logos) of something in the world, and contains an account of being according to which there are two modes of being, constituting the nature of some property and conforming to such a nature. It is also claimed that cases of the first mode (Forms) are causes of cases of the second mode, and that Forms are not universals.

I also have research interests in the so-called 'third man argument' in Plato; in the relationship between art (or mimetic production) and moral psychology, according to Plato; in an early Platonic dialogue on courage, the Laches; in Plato and Aristotle's understanding of imagination (or phantasia); in understanding Epicurus' taxonomy of desires; and in Platonic virtue ethics generally.

I am Director of the Keeling Centre for Ancient Philosophy, funded by a bequest to the Department (from a donor who wished anonymity) for study and work in ancient philosophy. This involves recruitment of research graduate students eligible for a Keeling graduate scholarship, and the appointment of a Keeling Scholar in Residence. It also involves organising the annual S.V. Keeling Memorial Lecture and Graduate Masterclass, and every few years the S.V. Keeling Memorial Colloquium in ancient philosophy (in consultation with the Department of Greek & Latin at UCL), the proceedings of which are generally published. For more information on the Keeling Centre, see http://www.ucl.ac.uk/philosophy/keeling

I teach at every level at UCL, and in the main I teach ancient philosophy, although from time to time I also teach contemporary virtue ethics.

Every year I teach a compulsory first year course introducing ancient philosophy (History of Philosophy I), which introduces students to the thought of Plato and Aristotle (with a focus on the latter two), and a second year optional course on Plato, which surveys some of Plato's most well-known ideas and arguments from dialogues such as the Phaedo, the Republic, the Theaetetus, the Parmenides, and the Sophist.

Every year I also teach two from the following courses:

* A third year/ graduate course on 'Virtue Ethics: Old and New', surveying the virtue ethics of Plato and Aristotle, and comparing these theoretical accounts with more contemporary theories of virtue ethics.

* A third year/ graduate course on Hellenistic Philosophy, mainly focusing on the metaphysics, epistemology and ethics of the Epicureans and Stoics, with a brief excursus into the thought of the Sceptics.

* A third year/ graduate course on Plato's metaphysics, especially Form theory. Whether and how Forms are causes, and ought to be understood as universals, are among the questions investigated.

I studied philosophy in Australia and the U.S, and specialise in ancient philosophy: I have a BA (Hons) in Philosophy and Social Theory from the University of Melbourne (1st); a MA in Philosophy from the University of Texas at Austin; and a PhD in Philosophy from Monash University. I held a post-doctoral position in Philosophy at King's College London from 2007-09, where I worked on Richard Sorabji's Ancient Commentators on Aristotle Project. In 2009 I took up the (permanent) appointment as Lecturer in the Philosophy Department at UCL.
I have published a handful of journal articles and book chapters in ancient philosophy, all on Plato, and almost all on his later dialogue, the Sophist. I am currently writing a monograph which will offer a new reading of that dialogue from start to finish. I have also edited and co-edited several books, most recently Eudemian Ethics on the Voluntary, Friendship, and Luck (Brill, 2012), the Proceedings of the Keeling Colloquium in 2006 on Aristotle's Eudemian Ethics, and a volume based on papers given at the Keeling Colloquium in 2009, Self-Knowledge in Ancient Philosophy (OUP, forthcoming). Please see my website for further details. 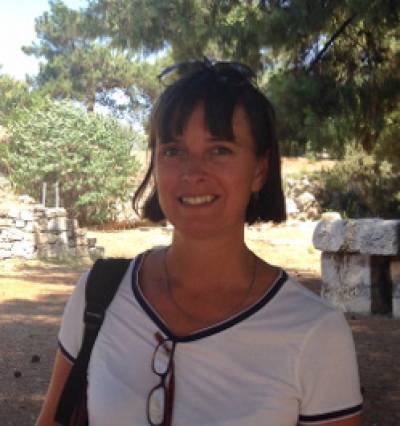