Fight the Fakes at the World Health Assembly in Geneva

Fake medicines put patients and the general public at risk. Patients believe they are receiving genuine treatment, but instead they are getting potentially dangerous products that could increase resistance to real treatments, and cause further illness, disability or even death. 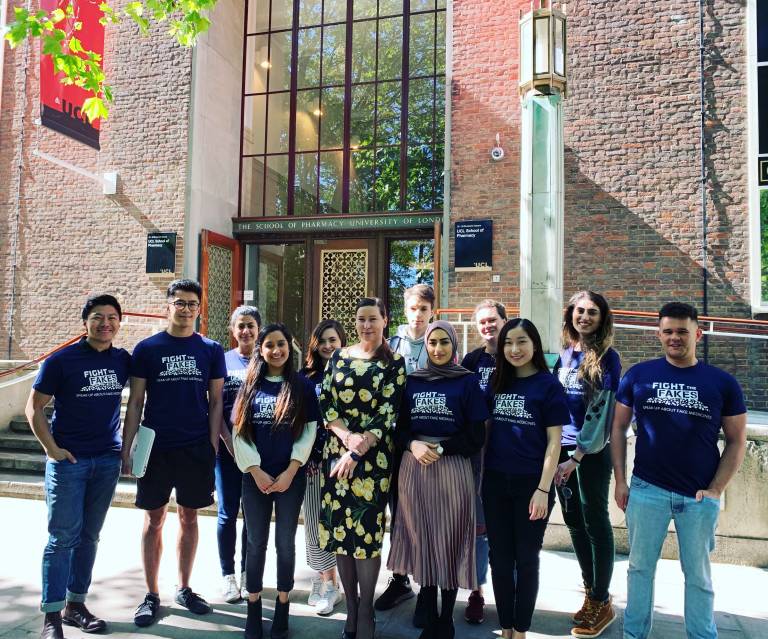 Fight the Fakes is a campaign that aims to raise awareness about the dangers of fake medicines. The campaign gives a voice to those who have been personally impacted and shares the stories of those working to put a stop to this threat to public health. It seeks to build a global movement of organizations and individuals who will shine light on the negative impact that fake medicines have on people around the globe and to reduce the negative consequences on individuals worldwide.

Fight the Fakes partners endorse the campaign and share the belief that coordination among all actors involved in the manufacturing and distribution of medicines is vital to tackle this public health threat.

To register for the Geneva event, read here: https://www.eventbrite.co.uk/e/ucl-ftf-presents-digital-natives-fight-fa...