Explosions from a sinking ship are among the unexpected sounds detected by 50 highly sensitive seismometers placed on the floor of the Atlantic Ocean as part of an international collaboration led by UCL researcher Professor Ana Ferreira. 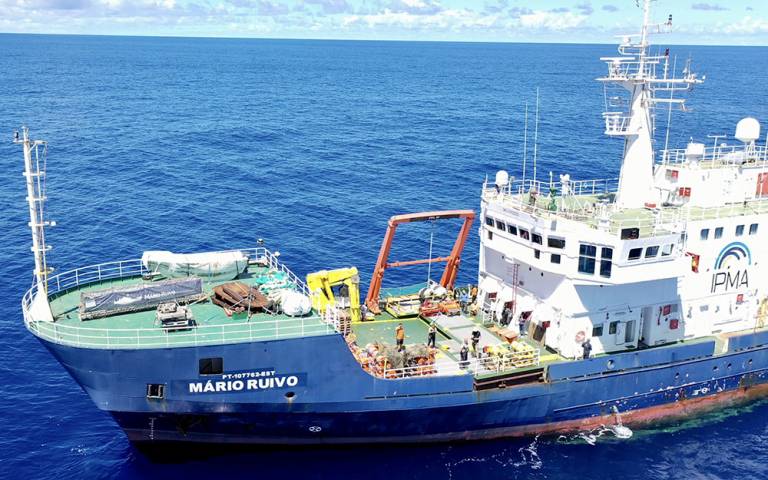 The seismometers, which have now been collected after spending a year at the bottom of the ocean, record the Earth’s ground motions on the sea floor and thus capture the Earth’s “pulse”. Many of these recordings capture seismic waves that travelled deep and long inside the Earth following distant earthquakes, as well as from lots of small local ones, which will be used to build images of the Earth’s interior down to ~2,800 km depth. The techniques used are similar to those employed by medical doctors to build CAT scans of the human body.

The aim of the project, called UPFLOW (UPward mantle FLOW from novel seismic observations), is to better understand massive “upwellings” of material pushing up from Earth’s mantle, which are poorly understood and ultimately cause volcanic eruptions and can lead to earthquakes.

But as well as ground motions due to earthquakes, the seismometers also pick up vibrations caused by a wide range of phenomena – including passing ships, magma intrusions in nearby volcanoes causing small local earthquakes, and singing whales.

Some signals in the data were linked to a massive volcanic eruption on the other side of the planet. The January 2022 Hunga-Tonga Hunga-Ha'apai eruption sent pressure waves through the Earth’s atmosphere that connected with the sea surface and were detected by the seismometers on the seafloor.

Other signals were linked to the sinking of the Felicity Ace ship near the Azores, carrying 4,000 luxury cars on 1 March 2022. The signals suggest that there may have been separate explosions as the ship sank.

The seismometers were deployed as deep as 5km below sea level, across a region encompassing the Canary islands and the archipelagos of Azores and Madeira.

They were collected over five weeks during an expedition on the research vessel Mário Ruivo (owned by project partner IPMA, the Portuguese Institute of Sea and Atmosphere).

The research team retrieved the seismometers by sending a series of sounds, or an acoustic code, to the instrument, which the instrument answered with its own unique acoustic signal. Another sound code from the ship instructed the instrument to release itself from its anchor, so that it floated to the surface. The process, said Professor Ferreira, “felt a bit like magic”. The team searched for the device on the sea surface, before fishing it out with the help of the ship’s crew using ropes and cranes.

Primary investigator Professor Ana Ferreira (UCL Earth Sciences) said: “Because deep sea communication systems are very limited (GPS does not work under water), we had no idea how our data would look before we opened the instruments, took the data cards out and started exploring. Thankfully, the quality has been really good. At that depth, the currents are possibly weaker, and there is likely little life - not too many fish are going to bump into the instruments – and there seems to be little incoherent noise.”

The researchers will now combine this new unique data with existing global seismic data to produce sharper images of the Earth’s deep interior than previously possible, improving our understanding of how deep hot rocks rise to the surface, and ultimately how they feed volcano systems and link with earthquakes. The team will also investigate if there is a link between how the Canary Islands and the volcanic islands Madeira and the Azores were formed (this link could be potentially as deep as 2,800 km). 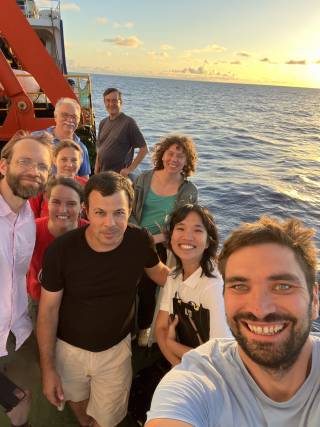 The seismometers will also shed light on life on the ocean floor. Professor Miguel Miranda (IPMA’s president and project partner) said: “Such deep sea regions are essentially unknown – we know more about the surface of the moon – and so by recovering instruments that stayed at such depths for over a year, we are bringing to surface invaluable new deep sea probes potentially full of little known bacteria.”

Children at schools in Germany, Portugal, Spain and Ireland have been invited to send in short stories about what they think may have happened to the instruments during their adventure in the deep ocean. Previously, the same classes – who had talked to Professor Ferreira via Zoom during her first expedition last year – had been invited to name some of the seismometers, as part of a science outreach project facilitated by GeoBus at UCL. Names chosen included Neptune, Triton, Jelly, Caesar and Thor.

During the trip to collect the seismometers, Professor Ferreira and other team members have also been recording voice memos and sounds as part of a collaboration with the jazz composer and performer Liam Noble to create music inspired by the expedition.