Opinion: Neanderthals died out 40,000 years ago, but there has never been more of their DNA on Earth

Writing in The Conversation, Professor Mark Maslin (UCL Geography) explores the history and legacy of Neanderthals, and how their DNA lives on in humans around the world today. 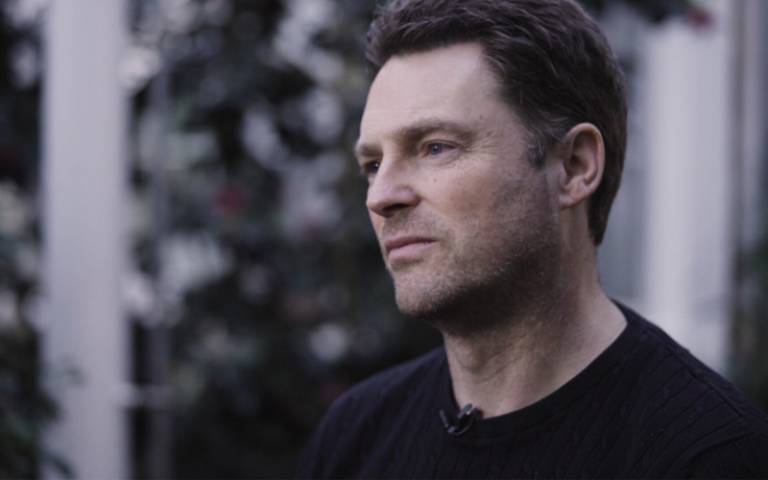 Neanderthals have served as a reflection of our own humanity since they were first discovered in 1856. What we think we know about them has been shaped and moulded to fit our cultural trends, social norms and scientific standards. They have changed from diseased specimens to primitive sub-human lumbering cousins to advanced humans.

We now know Homo neanderthalensis were very similar to ourselves and we even met them and frequently interbred. But why did they go extinct, while we survived, flourished and ended up taking over the planet?

Neanderthals evolved over 400,000 years ago, most likely from an earlier ancestor Homo heidelbergensis. They were extremely successful and spread across an area from the Mediterranean to Siberia. They were highly intelligent, with brains on average bigger than Homo sapiens‘s.

They hunted for big game, collected plants, fungi, and seafood, controlled fire to cook, made composite tools, made clothes from animal skins, made beads from shells, and were able to carve symbols on to cave walls. They took care of their young, old and weak, created shelters for protection, lived through harsh winters and warm summers, and they buried their dead.

Neanderthals did meet our ancestors on several occasions over the course of tens of thousands of years and the two species shared the European continent for at least 14,000 years. They even mated with each other.

The most significant difference between Neanderthals and ourselves is that they went extinct about 40,000 years ago. The precise cause of their demise still eludes us, but we think it was probably the result of a combination of factors.

First the climate of the last ice age was very variable, shifting from cold to warm and back again, which put pressure on animal and plant food sources and meant Neanderthals constantly had to adapt to environmental change. Second there were never that many Neanderthals, with the overall population never exceeding the tens of thousands.

They lived in groups of five to 15 individuals, compared with Homo Sapiens that had groups of up to 150 individuals. These small isolated Neanderthal populations may have been increasingly genetically unsustainable.

Third there was competition with other predators, particularly the groups of modern humans that emerged from Africa about 60,000 years ago. We speculate that many Neanderthals may have been assimilated into the larger bands of Homo sapiens.

Neanderthals left numerous traces for us to examine tens of thousands of years later, much of which can be seen at the special exhibition we have helped curate at the Natural History Museum of Denmark. Over the past 150 years we have collected fossil bones, stone and wooden tools, found trinkets and jewellery they left behind, uncovered burials, and now mapped their genome from ancient DNA. It seems that 99.7% of Neanderthal and modern human DNA is identical and they are our closest extinct relatives.

Perhaps the most surprising fact was evidence of interbreeding that has left traces of DNA in living humans today. Many Europeans and Asians have between 1% and 4% Neanderthal DNA while African people south of the Sahara have almost zero. Ironically, with a current world population of about 8 billion people, this means that there has never been more Neanderthal DNA on Earth.

The Neanderthal genome also helps us understand more of what they looked like, as there is evidence that some Neanderthals evolved pale skin and red hair long before Homo sapiens. The many genes that are shared between Neanderthals and modern humans are linked to anything from the ability to taste bitter foods to the capacity to speak.

We have also increased our knowledge of human health. For instance, some Neanderthal DNA that might have been beneficial to humans tens of thousands of years ago now seems to cause issues when combined with a modern western lifestyle.

There are links to alcoholism, obesity, allergies, blood clotting, and depression. Recently, scientists suggested an ancient gene variant from Neanderthals might increase the risk of serious complications from contracting COVID-19.

Like the dinosaurs, the Neanderthals didn’t know what was coming. The difference is that the dinosaurs disappeared suddenly following a giant meteorite hit from outer space. To the Neanderthals extinction happened gradually. They eventually lost their world, a comfortable home they had successfully occupied for hundreds of thousands of years that slowly turned against them, until existence itself was unsustainable.

In that sense, Neanderthals now serve a different purpose. We see our reflection in them. They didn’t know what was happening to them and they had no choice but to continue down the road that eventually led to extinction. We on the other hand are painfully aware of our situation and the impact we have on this planet.

Human activity is changing the climate and is leading straight into a sixth mass extinction. We can reflect on the mess we have landed ourselves in and we can do something about it.

If we don’t want to end up like the Neanderthals, we better get our act together and collectively work for a more sustainable future. Neanderthal extinction reminds us that we should never take our existence for granted.

This article was originally published in The Conversation on 31 August 2022.