Seven UCL researchers have received prestigious EU funding for the next five years, investigating subjects ranging from how our brains develop to how planets form and the social context of decision making. 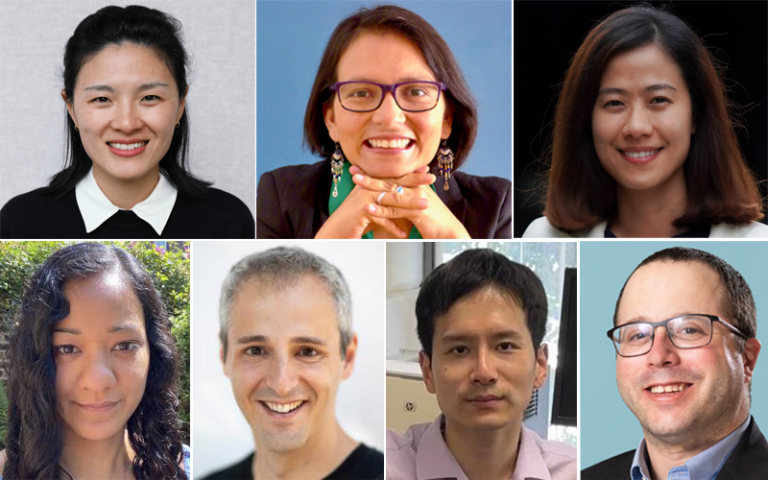 The European Research Council (ERC) Starting Grants aim to help excellent younger scientists to launch their own projects, form their teams and pursue their most promising ideas.

The recipients, who have received approximately 1.5 million euros (£1.3 million) each, are:

Professor Geraint Rees, UCL Vice-Provost (Research, Innovation & Global Engagement), said: “Congratulations to my outstanding colleagues who have received a major boost to their research from a highly competitive and prestigious programme. The range of awards highlights the breadth and contribution of UCL research to so many areas of global importance. I look forward to seeing the impact of their research across the whole of Europe and beyond.”

The UCL academics were among 408 researchers across Europe awarded a total of €636 million (£552 million) by the ERC as part of the Horizon Europe programme. The ERC, set up by the European Union in 2007, is the premier European funding organisation for research.

Mariya Gabriel, European Commissioner for Innovation, Research, Culture, Education and Youth, said: “We are proud that we are empowering younger researchers to follow their curiosity. These new ERC laureates bring a remarkable wealth of scientific ideas, they will certainly further our knowledge and some already have practical applications in sight. I wish them all the best of luck with their explorations.”

Professor Maria Leptin, President of the ERC, said: “It is a pleasure to see this new group of bright minds at the start of their careers, set to take their research to new heights. I cannot emphasise enough that Europe as a whole - both at national and at EU level - has to continue to back and empower its promising talent. We must encourage young researchers who are led by sheer curiosity to go after their most ambitious scientific ideas. Investing in them and their frontier research is investing in our future.”