Researchers at UCL have grown ‘mini eyes’, which make it possible to study and better understand the development of blindness in Usher syndrome for the first time. 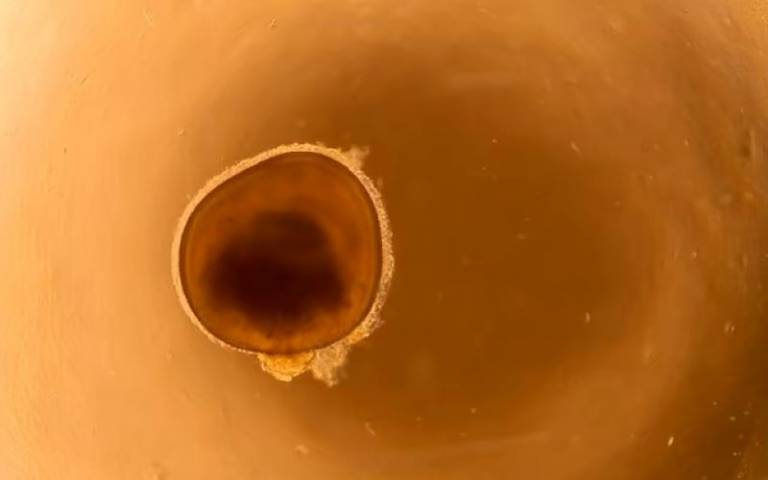 The 3D ‘mini eyes’, known as organoids, were grown from stem cells generated from skin samples donated by patients at Great Ormond Street Hospital for Children (GOSH). In a healthy eye, rod cells – the cells that detect light – are arranged in the back of the eye in an important region responsible for processing images called the retina.

The new research, published in Stem Cell Reports, found that it is possible to get rod cells to organise themselves into layers that mimic their organisation in the retina – producing a ‘mini eye’.

This could be an important step forward, as previous research using animal cells was unable to mimic the same sort of sight loss as that seen in Usher syndrome.

Usher syndrome is the most common genetic cause of combined deafness and blindness, affecting approximately three to ten in 100,000 people worldwide. Children with Type 1 Usher syndrome are often born profoundly deaf, while their sight slowly deteriorates until they are blind by adulthood.

Although cochlear implants can help with hearing loss, there are currently no treatments for retinitis pigmentosa, which causes vision loss in Usher syndrome.

While the researcher is in early stages, researchers hope these steps towards understanding the condition and how to design a treatment could give hope to those who could otherwise lose their sight.

First author, Dr Yeh Chwan Leong (UCL Great Ormond Street Institute of Child Health), said: “It’s difficult to study the inaccessible tiny nerve cells of the patient’s retina as they are so intricately connected and delicately positioned at the back of the eye.

“By using a small biopsy of skin, we know have the technology to reprogramme the cells into stem cells and then create lab-grown retina with the same DNA, and therefore same genetic conditions, as our patients.”

The ‘mini eyes’ developed in this research allow scientists to study light-sensing cells from the human eye at an individual level, and in more detail than ever before.

For example, using powerful single cell RNA-sequencing, it is the first-time researchers have been able to view the tiny molecular changes in rod cells before they die.

The ‘mini eyes’ have also helped the team to discover that Muller cells, responsible for metabolic and structural support of the retina, are also involved in Usher syndrome. And that these cells have genes which abnormally turn of for stress responses and protein breakdown, in people with Usher syndrome. Reversing this could be key to preventing how the disease progresses and worsens.

The ‘mini eyes’ are grown from cells donated by patients both with and without the genetic “fault” that causes Usher syndrome, allowing the team to compare the healthy cells with those that will lead to blindness.

Understanding these differences could provide clues to changes that happen in the eye before a child’s vision begins to deteriorate and clues as to the best targets for early treatment.

Professor Jane Sowden (UCL Great Ormond Street Institute of Child Health), said: “We are very grateful to patients and families who donate these samples to researcher so that, together, we can further our understanding of genetic eye conditions, like Usher syndrome.

“Although a while off, we hope that these models can help us to one day develop treatments that could save the sigh of children and young people with Usher syndrome.”

The ‘mini eye’ model for eye diseases could also help teams understand other inherited conditions in which there is the death of rod cells in the eye, such as forms of retinitis pigmentosa without deafness. Additionally, the technology used to grow faithful models of disease from human skin cells can be used for a number of other diseases – this is an area of expertise at the Zayed Centre for Research into Rare Diseases in Children at UCL GOS ICH.

Future research will create ‘mini eyes’ from more patient samples, and use them to identify treatments, for example by testing different drugs. It may also be possible to edit a patient’s DNA in specific cells in their eyes to avoid blindness.