Poor mental health among young people aged 16 and 17 has increased by more than 25% since 2017, with those who identify as non-binary among the most affected, according to research by UCL and the Sutton Trust. 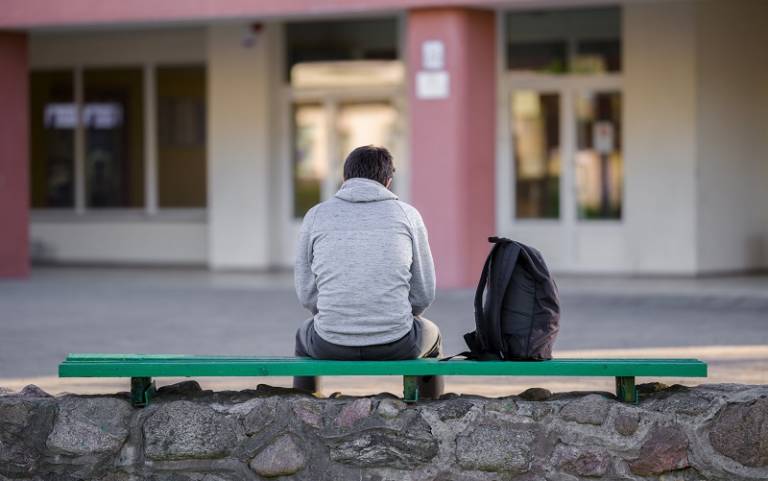 The findings, published today, use data from the Covid Social Mobility & Opportunities (COSMO) study, the largest study of its kind exploring the impacts of the pandemic on young people. Led by the UCL Centre for Education Policy and Equalising Opportunities (CEPEO), the UCL Centre for Longitudinal Studies (CLS) and the Sutton Trust, the study tracks the mental health, wellbeing and educational outcomes of 12,800 young people across England who were in Year 11 in early 2021 – most of whom have recently started Year 13.

It highlights that a significant proportion of young people are experiencing poor wellbeing, with 44% of young people scoring above the threshold for ‘probable mental ill health’, indicating generally high levels of psychological distress. This is up from 35% in 2017 and 23% in 2007, pointing to a steady decline in the mental health and wellbeing of young people.

COSMO Principal Investigator Dr Jake Anders (UCL Centre for Education Policy and Equalising Opportunities) said: "The level of young people whose responses suggest concern with their mental health is shocking. And young people particularly affected by the events of the pandemic are among those with the highest levels of distress.

“The levels reached are the continuation of a trend that is evident over the past decade or so. While it is likely that the Covid-19 pandemic has sped this up, we should not lay all the blame at its door. Things were bad before and that means there are big systematic issues that need fixing. This problem won’t get better on its own."

The researchers say that the pandemic likely accelerated this decline. Being infected with Covid-19 was also linked to poorer mental health. The study found that young people were more likely to report high psychological distress if they had been infected (47% versus 41% for those who had not had Covid), currently had or had recovered from long Covid, at 55%, or had severe long Covid that affected their ability to carry out daily activities (66% versus 42% with mild long Covid).

The briefing also explores the link between wellbeing and young people’s motivation and plans for the future. It highlights that 68% of those who had reported high psychological distress say they are now less motivated to study and learn as a result of the pandemic, compared to 37% who had not. Those reporting poor mental health were also more likely to say they had fallen behind their classmates (45% versus 27% of those without poor mental health) and that their career plans had changed in some way due to the pandemic (71% vs 50%).

The researchers are calling for sustainable and well-funded mental health support for young people, including preventative and early intervention services, targeted support for non-binary and transgender students, and local and national strategies to tackle bullying.

Sir Peter Lampl, Founder and Chairman, Sutton Trust and Education Endowment Foundation, said: “Today’s stark findings highlight that a significant proportion of young people are struggling with their mental health and wellbeing. They serve as a bleak reminder that the pandemic has impacted all aspects of young people’s lives.

“We must act now to ensure that all young people are able to get the help they need. There must be far greater levels of support available through well-funded mental health services, both in and out of school.”

COSMO is funded with a grant from UK Research and Innovation as part of its Covid-19 rapid response fund.