Vaccination-acquired immunity against Covid-19 wanes substantially after three months among elderly care home residents, suggesting that regular booster jabs may be needed for this group, according to preliminary findings from the Vivaldi study led by UCL researchers. 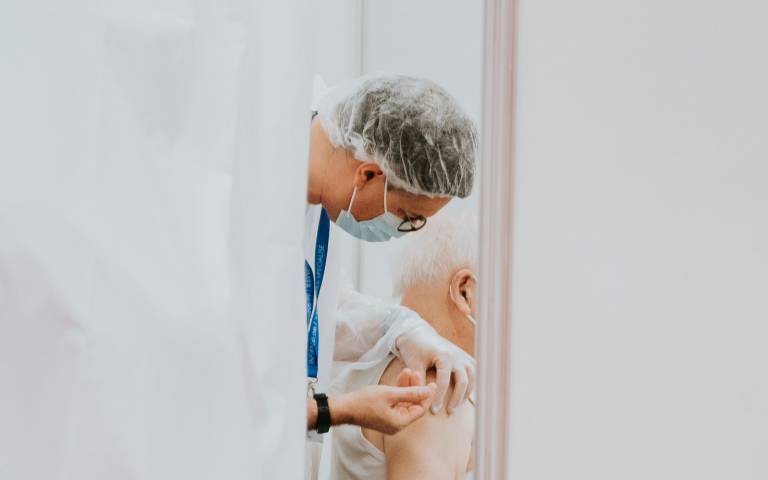 The study, funded by the UK Health Security Agency and published on the preprint site medRxiv, looked at data from over 15,000 residents (with a median age of 87) and 19,000 staff at 331 care homes across England from December 2020 to December 2021.

Looking at booster jabs given in the autumn, the researchers found they restored powerful short-term immunity, reducing hospitalisations among residents by 89.9% and deaths by 97.5% compared to pre-vaccination levels. However, they cautioned that this protection was likely to wane in a similar way to the protection provided by first and second doses.

“We observe an increased risk of infection, hospital admission and death in residents as early as 12 weeks following vaccination. This underscores the critical need for continued surveillance in care homes to provide an early warning of surges in infection linked to new variants or waning immunity.

“Our data stops before Omicron became dominant, but it is likely this pattern of diminishing immunity after vaccination will continue with this milder variant.”

Dr Maddie Shrotri (UCL Institute of Health Informatics), lead author of the study, said: “Our study shows three vaccine doses maximise immunity against infection and severe Covid-19 for both care home residents and staff, including those with previous infection. However, given the waning of immunity among residents, it will be important to consider how this vulnerable group can continue to be protected against Covid-19 whilst ensuring global vaccine equity.”

In the study, researchers evaluated the effectiveness of first, second and third doses of vaccination among residents and staff over a one-year period, using national data from PCR testing carried out two to three times a month, as well as hospitalisations and death registrations data. They took account of how the infection rate varied over time to ensure an accurate measure of the vaccine effects.

The study found that levels of protection following an mRNA (Pfizer or Moderna) booster dose were similar regardless of whether the first two doses were Oxford-AstraZeneca or mRNA vaccines.

The new research is part of the ongoing Vivaldi study, launched in June 2020, to investigate SARS-CoV-2 infections in care homes and to answer questions about immunity and vaccine effectiveness, helping to inform strategies to protect residents. Vivaldi involves researchers from the University of Birmingham and is being delivered in partnership with care providers.