Opinion: There is no free-speech right to a university platform 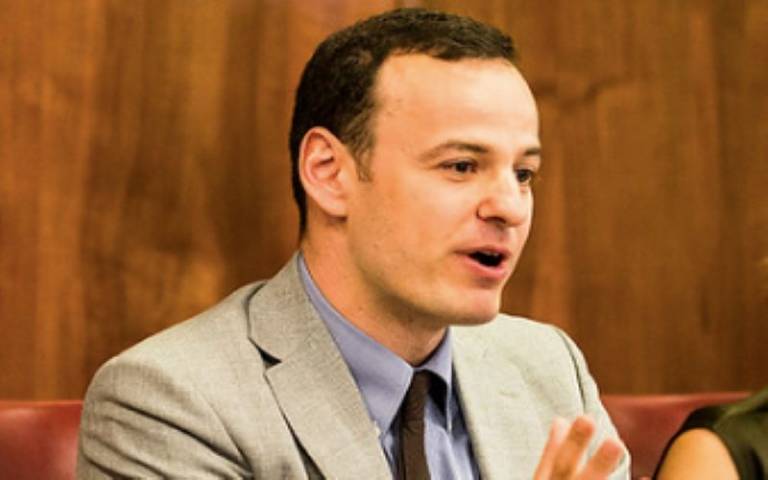 Politics is alive again in university campuses, inspiring students to speak up on social issues. This retreat from political apathy is good news for democracy. But it is rather confined. Students care deeply about gender and race identity and believe that how we speak publicly is a matter of social justice. This focus is a far cry from the protests against the invasion of Iraq, or the introduction of fees in higher education, which took students to the streets a generation ago. Even recent political controversies, such as the justifiability of strict lockdowns or mandatory vaccination, fail to get students very passionate. Many appear much more concerned with what pronouns people may use and who should be given a university platform. As one of my students told me last week: “It is the only area of public life where our voice gets heard.”

The emphasis on identity and speech has redrawn the old political maps. Right-wing conservatives used to favour restrictions on speech aimed at upholding public morals and family values. Now, they champion freedom of speech to criticise the deplatforming of far-right figures and so-called cancel culture. Left-wing progressives used to oppose government regulation of speech. Now, they call for government restrictions on hate speech and the public observance of linguistic norms of political correctness. The new free speech wars are toxic and messy.

The Public Order Act 1986 prohibits the expression of hatred on account of certain protected characteristics. But many students feel that even speech within the limits of the law might make them unsafe and increase the risk of rights violations. This argument is not new: it was made by prominent feminists in the 1980s and 1990s, who called for a ban on pornography. Except that the argument is now turned against the feminists who deny that transgender women are women. Kathleen Stock, a prominent gender-critical feminist who has been at the receiving end of student protests and attempts to deplatform her, invokes free speech and academic freedom in her defence.

Controversies surrounding who has the right to speak at university platforms are not new, either. Universities in modern times have always been places of contestation. Students always claimed the right to disrupt university events as an act of political protest. In most countries, the tension between speech and protest within campuses is handled internally, free from government interference. But in the UK, the government is now proposing a new law, through the Higher Education (Freedom of Speech) Bill, which would give it great powers over universities. It makes academic no platforming an offence and gives legal powers to a regulator to monitor university practices. The government is seeking to assert control over academic speech and its proper balance against freedom of protest. We must therefore ask who has rights over academic platforms.

It is easy to conflate academic freedom with freedom of speech, as the proposed legislation does. The aim of universities is to pursue knowledge in a scholarly, critical and impartial way. The free exchange of ideas, particularly through publishing, is essential to that aim. But the primary meaning of academic freedom is not to reiterate a right to freedom of speech that everyone has under article 10 of the European Convention on Human Rights (ECHR).

There are an infinite number of platforms online, via which any speaker, academic or otherwise, can freely publicise their views. Unlike airwaves, platforms for addressing the public are no longer a scarce public good, to be distributed equally under some conception of social justice. What distinguishes university platforms is that they are credible and influential because they are typically run by experts. But there is no such thing as a free-speech right to a good platform. Jimmy Fallon does not breach my free-speech right by not inviting me on to The Tonight Show. Nor am I silenced by law colleagues who do not invite me to academic conferences on how human rights judges are abusing their power. They are free to have a “balanced” debate among those who oppose judicial review, and exclude those – like me – who defend it. You cannot be wronged by being deprived of something to which you had no right.

The point of academic freedom is rather different. It is to assert the independence of the academic community from government, in the pursuit of knowledge. Government has no right to tell academics what to research or teach, what views to defend, or what to publish. Orthodoxies in academic disciplines should rise and fall in a bottom-up way, through peer debate and criticism, not top-down, through government fiat.

This independence of the academic community from government extends to most of its functions, including who should be given or denied an academic platform. Government may not force me to invite home secretary Priti Patel to speak in my human rights seminar series, let alone to defend her policies. Nor can it force me not to rescind an invitation to her if I realise subsequently that her talk will only muddle the debate about immigration and human rights. When the subject-matter is academic, speaker invitations are for me and my colleagues to decide.

I do not mean to suggest that rescinding an invitation to speak is never wrongful. Just like disinviting a guest from one’s dinner party, it may break promises made to a speaker, defeat their expectations, or frustrate their plans. But these are neither free speech wrongs nor violations of academic freedom. What violates academic freedom is to take control of university platforms away from academics, as the proposed bill does.

We cannot respect a right to extend invitations without respecting a right to rescind them.

It is tempting to think that the bill does not take control away from academics but, on the contrary, secures it. Deplatforming is often not the choice of the organisers but the result of pressure or disruptive protests by students. We might naturally worry that small groups within universities will acquire a veto over what views academics can express on campus. Or we might worry that this veto always favours one side of the political spectrum, alienating students on the opposite side. But the idea that government should protect academics from their students is not straightforward.

Students have an abstract political right to freedom of protest within campus, including protest that is disruptive. Often, this right prevails over the aim of holding a public debate on some issue. For example, students may legitimately disrupt an event in which a speaker defends slavery, as long as they stay within the limits of the criminal law.

Could universities come up with a list of views that all academics agree must never be expressed on campus and insist that any speech outside that list should be protected? The problem is that there is no agreement on what should be on that list. Nor has there been one historically. What is now the dominant view of what counts as extreme or dangerous speech started out as the dissident voice of a small group of student activists. Do we really want to claim that the current majority has the definitive view in history of which forms of speech are out of bounds?

Nor is it a good argument that speakers whose opinions meet some scholarly standards of academic rigour should never be deplatformed. Academics disagree within and across disciplines on what these standards are. It is a noble task to try to show why one’s views are not hateful or bigoted, but reasonable and scholarly. But one cannot expect others to agree. University platforms belong to no one and to everyone within the academic community.

A direct consequence of this conception of academic freedom is that mobilised groups of students may frequently succeed in disrupting talks that an academic is scheduled to give outside their own university, on the sole basis that they find their views unacceptable. And this is possible even when the academic’s views are reasonable and far from hateful or offensive. It could happen to me because of this article.

Such a predicament is difficult and unfortunate. No speaker likes to be heckled, or forced to walk away from a platform. But assuming there is no harassment or other violations of the criminal law, it would hardly be a violation of either my right to free speech or my academic freedom.

As long as my job is protected, I can still set the syllabus and the exam questions for my course. I can air my views in countless online platforms. I can publish them in academic journals, including a new title dedicated to controversial ideas. I will most likely receive invitations or job offers from university departments where academics and their students find my ideas agreeable. I will be able to reach whatever audience my views deserve.

It is true that in a worst-case scenario, an academic with controversial views may be ostracised from most university platforms in the country, simply because of a small but vocal minority of protesting students. This would be a sad state of affairs for democracy, but it is the risk that scholars who advocate publicly their views have to take. The alternative is far worse: to allow government to extinguish students’ right to political protest on campus and to prevent academics from exercising their own judgement as to whether an invitation should be rescinded.

Universities must, of course, condemn protests that target individual academics, rather than public events, and that cross the limits of the law. Harassment is a criminal offence and universities have a duty to protect academics against any unlawful behaviour on campus. This is particularly important when disruptive protests come from students against their own professors since one central element of harassment is persistent conduct that causes distress. It is one thing to be deplatformed or no platformed from public events taking place at other universities. It is a whole different thing to face constantly intimidating protests by one’s own students when carrying out day-to-day employment tasks, such as teaching a class or using one’s office. But the proposed bill fails to distinguish between visiting speakers and university employees, prohibiting denial of access to platforms in both cases. And no new legislation is needed to ensure that academics are protected in their workplace against harassment.

In reality, the Higher Education Bill has little to do with freedom of speech. It seeks to assert control over academic platforms that, as it happens, will mainly benefit right-wing speech by external speakers. But the very sponsors of this bill would be appalled if the next parliament passed a law that gives government such drastic powers over university speech for a different purpose, such as to mandate the use of gender-neutral pronouns on campus. And whatever arguments they would make against that law also apply against their own bill. The independence of academic speech from government cannot be selective.

If government really cared about academic freedom, it would restrict the scope of the proposed offence to cases where academics lose their jobs or are denied promotion merely because of their ideas, beliefs or views. It would specify that university management must not force or put pressure on academics to cancel their courses or change their syllabuses. It would protect academics against any content-based interference by university management, such as monitoring “sensitive” courses and events or asking academics to share in advance what opinions or views they plan to express.

These are the real threats to academic freedom, and they come from university management. They are materialising already within UK higher education, facilitated by the consumerist culture that has come to dominate universities after the introduction of tuition fees.

The current debate on deplatforming and free speech is a distraction. We must ask: what good is it to academics if access to university platforms is protected by law when the core of their academic freedom has been taken away?