It has suddenly become harder for both countries to reject union norms on rule of law, says Professor Ronan McCrea (UCL Laws). 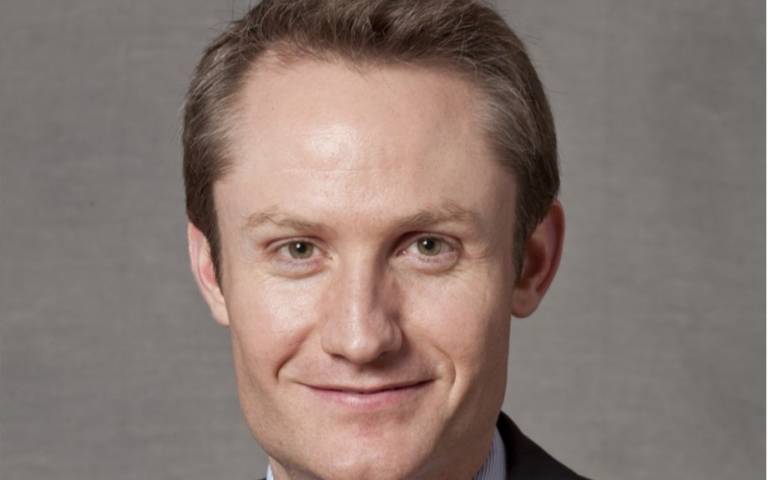 For many, the European Union’s golden age was the post-1989 “end of history” era when international integration and liberal democracy seemed unstoppable. That optimistic era now seems very distant. However, the events of the last two weeks, instead of heralding the decline of the union, may be transforming it into a significantly more cohesive entity.

For years the EU has been disparaged as an entity whose cumbersome structures made it unable to act decisively in relations with outside powers or to combat the slow disintegration of the union from within caused by the attacks on liberal democracy by some of its own members.

The past fortnight has seen potentially transformative change on both of these fronts.

A union that spent years unsuccessfully attempting to come up with an effective joint position in relation to the wars in the former Yugoslavia, reacted to the invasion of Ukraine with astonishing unity and firmness.

The union rapidly agreed to wide-ranging financial measures and has, for the first time, pledged to use EU funds to buy military equipment which will then be delivered to Ukraine.

The EU treaties require unanimous agreement for foreign policy actions so these decisions required significant changes in the established policies of a number of states.

Hungary, previously sympathetic to the Putin regime, dropped its objections to tough sanctions. Perhaps more importantly, the longstanding German policies of appeasing Russia and rejecting the use of German military material abroad were publicly dumped by the Angela Merkel’s successor as German chancellor, Olaf Scholz.

Germany has suspended approval of the Nord Stream 2 pipeline intended to bring more Russian gas to Europe, announced massive defence spending increases, and has committed itself to allowing the transfer of German military technology to Ukraine.

The alarming situation in Ukraine is also having a potentially transformative effect on the other long-running drag on the union’s credibility, its rule of law conflict with Hungary and Poland.

Two weeks ago, the European Court upheld EU legislation designed to permit the bloc to cut funding to member states that violate the rule of law. The Court’s decision was wide-ranging and indicated that European judges would take a sympathetic approach when assessing the legal validity of measures designed combat attacks liberal democratic values. After years of delay, the Commission finally has a green light to take meaningful action against Poland and Hungary.

The political situation is similarly changed. With Russia behaving in such an aggressive and threatening manner and EU membership being a key element of Polish security, Warsaw will feel pressure to be more conciliatory in its clashes with Brussels.

More broadly, Poland and Hungary’s disputes with the EU involved their espousal of a worldview that overlapped significantly with that of President Putin. Like Putin, both governments railed against what they saw as the EU’s promotion of social liberalism and gay rights and both have shown disdain for institutional constraints of liberal democracy such as independent courts and media freedom.

With Ukraine fighting so hard for its right to reject an autocratic kleptocratic form of government and to embrace the EU model of independent courts, pluralism and individual freedom, it becomes much harder for Poland and Hungary to insist on their right to impose government control of judges and to pursue what Victor Orban trumpeted as “illiberal democracy”.

While the Irish government will welcome improvements in the union’s ability to defend the rule of law, the new urgency and dynamism of the union’s Common Foreign and Security Policy will raise challenges.

Common defence is now a key EU priority. As a small country which spends virtually nothing on defence, Ireland relies on its European neighbours to provide for its security.

Article 42 of the EU Treaty allows the union to develop a common defence policy but Article 29.4.9 of the Irish constitution prohibits the state from participating in such common defence. In other words, Ireland benefits from common defence while refusing to contribute to it.

This approach, reminiscent of Boris Johnson’s “cakeist” desire for the UK to have the benefits of EU membership without accepting the costs, is one which our EU partners may find less acceptable as time goes on.

It is only three months since Angela Merkel left office. But the past two weeks have seen a decisive break with the approach she pushed the union to follow during her 16 years in power. Germany and the wider EU have rejected the Merkel way of avoiding decisive actions, neglecting defence and taking a softly, softly approach to illiberal regimes inside the EU (Poland and Hungary) and outside (Russia).

The EU has often been seen as a post-national “end of history” project whose purpose was to replace nation state government, military competition and defence policies with international co-operation, trade, rules and negotiation.

In the post-“end of history” world in which we now inhabit, the union may be in the process of obtaining another central purpose: acting as the means for the democratic states of Europe to bind themselves together to defend their democratic way of life through economic, political and military means in a world in which each state is too small to do so alone.

If this comes to pass it will involve a significantly more cohesive union than before. Such a union is likely to have less space for member states unsure of their preference for liberal democracy over autocracy – but also for states that wish to benefit from, but not contribute to, a common defence policy.

This article was originally published in The Irish Times on 4 March 2022.