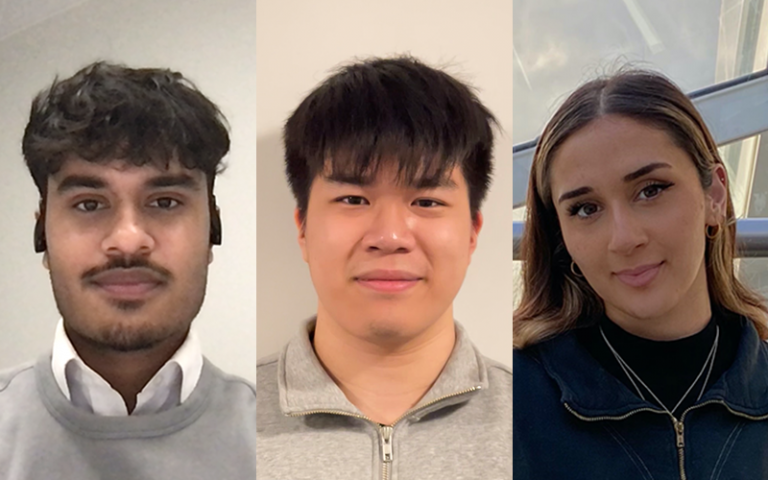 Established in 2018, the Student Social Mobility Awards showcase the incredible achievements of undergraduates from lower socio-economic backgrounds from across the UK.

The awards recognise students who have excelled in their studies and beyond and shown great potential to excel as they launch their careers. They also aim to showcase up-and-coming talent and identify those who can act as role models for others facing similar barriers.

As well as this, Laiba was also shortlisted for the Technology award.

Announced during a prestigious ceremony this evening at the House of Lords hosted by Baroness Helena Kennedy QC, the award winners were celebrated for their grit, resilience and determination to succeed.

With over thirty awards handed out and nine new award categories that celebrate schools, sixth formers, employers and universities, this year's ceremony was the biggest to date.

Students are nominated for their ability to demonstrate determination or initiative - or boost their employability in innovative ways. This year saw more than 250 undergraduate nominees from across 35 different universities.

Nominees were recognised for their ability to overcome adversity, successfully juggling multiple responsibilities alongside studying, reduced access to careers support and living in areas with low job prospects.

More than two-thirds of award nominees were the first in their family to attend university, and around one in five nominees had caring responsibilities. More than half were eligible for free school meals.

Banking, Finance & Insurance winner Yassin grew up in Wellingborough, Northamptonshire, and, despite barriers to success, has gone on to secure internships with top firms such as Nomura and UBS. He is also a part of the JP Morgan mentoring scheme and has led secondary school students to creative innovative solutions tackling environmental and social issues.

Yassin said: “Being awarded the Sector Award for Banking, Finance & Insurance is an incredible experience. Having come from humble beginnings where I now compete amongst a pool of affluent and privileged peers, winning such an award has shown me exactly what my mum has been hammering into me for as long as I can remember, that "you can achieve anything if you really put your mind to it".

“This award will stand not only as a beautiful symbol for that, but I hope will also empower and inspire others who have faced socioeconomic barriers.”

Baroness Helena Kennedy QC said: “The power of education to change a person’s life is close to my own heart. It was education that changed my life as I was the first in my family to go on to higher education and into a profession.

“So many doors opened in consequence. I want those opportunities to be made available to others like me. That is why these Awards are so important.”

Stephanie Lieber, Interim CEO at upReach, said: “upReach is proud to be organising the fourth annual Student Social Mobility Awards and shining a spotlight on both students who have excelled, and the organisations that have paved the way for them to do so.

“Having overcome significant socioeconomic barriers and mitigating circumstances, these winners and nominees serve as inspiring role models for those from similar backgrounds, encouraging them to set their ambitions high and realise their full potential.”