Writing in The Conversation, Professor Simon Lewis (UCL Geography) and Bart Crezee at the University of Leeds warn that imminent oil drilling in the Democratic Republic of Congo's peat swamps threatens to release three years worth of carbon dioxide emissions. 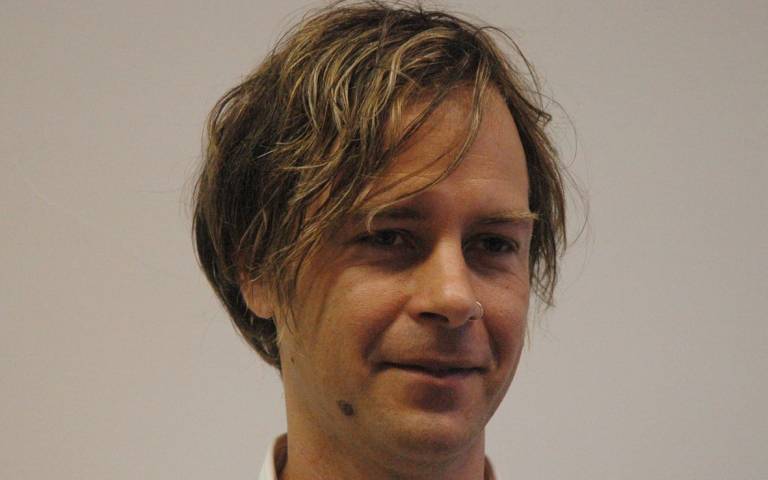 Democratic Republic of the Congo’s government is preparing to auction off a series of licenses to drill for oil in the Congo basin. This threatens to damage around 11 million hectares of the world’s second largest rainforest.

But it is not just trees that might be lost in the search for oil. Our new study, published in Nature Geoscience, shows at least three of 16 proposed oil licences planned for sale on July 28 2022 overlap with sensitive peat swamp forests, which store even more carbon below ground in their soils than is held by the trees above.

Regularly flooded peat swamp forests contain so much carbon because waterlogging slows the decay of dead plants. This partially decomposed material builds up over thousands of years to form peat. We have provided the first detailed map of the depth of this peat, and where exactly in the Congo basin all the carbon it contains can be found.

Our results confirm the central Congo peatlands to be the world’s largest tropical peatland complex. We estimate that the peatlands cover 16.7 million hectares, an area equivalent to the size of England and Wales combined, which is about 15% bigger than the 14.6 million hectares estimated when this ecosystem was first mapped in 2017.

When we overlayed our new map of the peatland on a map of oil concessions, we discovered that the upcoming sale of rights to explore for fossil fuels includes close to 1 million hectares of peat swamp forest. If destroyed by the construction of roads, pipelines and other infrastructure needed to extract the oil, we estimate that up to 6 billion tonnes of CO₂ could be released, equivalent to 14 years’ worth of current UK greenhouse gas emissions.

Scientists are just starting to understand these ecosystems, including their role as immense carbon reservoirs that provide a bulwark against rising global temperatures. But if oil companies get the go-ahead on July 28, our maps and other records may be all that’s left to prove intact peat swamp forests once existed in the Congo basin.

Until now, evidence of these peatlands in the Democratic Republic of the Congo (DRC) had not been published in a scientific journal. Although their existence was long suspected, it wasn’t until 2017 that scientists mapped the country’s peatlands for the first time by using field data from the neighbouring Republic of the Congo (RoC). They predicted that two-thirds of the world’s largest tropical peatland resided in the DRC, which had not been verified with field observations. Over three years, we trekked through these swamps as part of an international team of Congolese and UK scientists, often staying for months at a time.

We set off by dugout canoe to explore what we expected to be peatlands in forested floodplains along the Congo and its eastern tributaries. As we travelled upriver, we passed many small villages and fishing camps. Most are constructed on stilts because the river regularly floods its banks during the wet season which keeps the peat from breaking down and releasing its carbon back to the atmosphere.

These peatlands might be new to scientific literature, but they are familiar to the communities who have lived on their periphery for generations, relying on them for fishing, hunting and to collect building material. People here helped us explore the peatlands and allowed us to camp on their lands, where they shared their knowledge of the swamps and the many plant and animal species that live there. Together, we would set off on foot from the riverbank, trudging through a thick layer of mud into which we would sometimes sink up to our waists.

Every 250 metres we would stick metal poles in the ground to measure the thickness of the peat layer. To our astonishment, we often found peat of up to six metres deep just a few kilometres away from the river. This was totally unexpected, as the 2017 study conducted in the RoC only found peat of similar depth after trekking 20km into the swamp forest, far from any rivers. Knowing these regional differences is crucial – combined with satellite data, it allows us to map how thick the peat is likely to be in areas where we haven’t travelled. As the thickness of the peat layer largely determines how much carbon is stored in it, this is a major step forward in understanding the size of this natural carbon reservoir.

We also brought back peat samples to the laboratory to calculate the amount of carbon more precisely. Combining these different measurements, we conclude that the Congolese peat swamp forests are one of the most carbon-dense ecosystems on earth, storing an average of 1,712 tonnes of carbon per hectare. Together, the peatlands contain between 26 and 32 billion tonnes of carbon below ground – roughly equivalent to three years’ worth of global emissions from burning fossil fuels.

Our research is part of an ongoing, long-term effort to understand the world’s largest tropical peatland complex. The CongoPeat project aims to understand how and when the peatlands formed, and whether there are any new species to be found there. We also want to learn more about how stable this peat carbon is in a warming climate, and what effects logging, drainage for farming or oil exploration would have.

The DRC oil auction on July 28 could be the beginning of the end for these peatlands. Opening them to oil exploration before the Congolese people and the rest of the world can even know what the true cost would be is irresponsible. The country risks a mistake of epic proportions. What we do know is that by locking up carbon, the peatlands have helped cool the climate for thousands of years. To reverse this valuable natural defence against climate change in the space of a few years, simply to find more of a fuel which the world already has more of than it can safely burn, is not something life on Earth can afford.

This article originally appeared in The Conversation on 21 July 2022