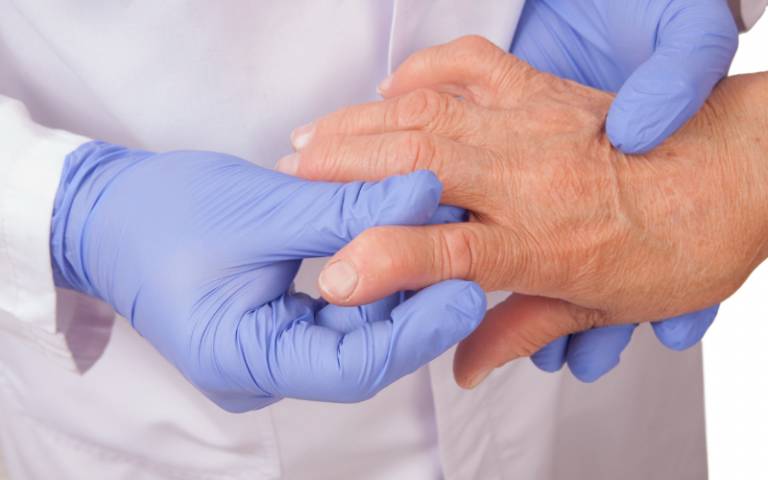 AIRDs affect millions globally and include rheumatoid arthritis, lupus and Sjögren’s syndrome – all with high rates of morbidity. They occur when the immune system mistakenly attacks and damages its own tissues, though the pathogenesis (the mechanism which triggers this) is still ill-defined and delivering targeted therapeutic strategies is challenging.

As a result, current treatments for AIRDs are primarily designed to supress the symptoms (inflammation), but are ‘low target’ meaning the drugs may also have unintended side-effects.  In this regard, AIRDs drugs often cause changes to cell metabolism (such as lipid metabolism) and function, putting patients at greater risk of co-morbidities such as cardiovascular disease (CVD).

First author, Dr George Robinson (Centre for Rheumatology Research, UCL Division of Medicine), said: “While the mechanisms that cause rheumatic diseases are ill-defined, some recent research indicates cell metabolism may play an important role in triggering or worsening their onset or affect.

“In this review we therefore sought to understand the effect of both conventional and emerging therapies on lipid metabolism in patients with AIRDs.”

For the study, published in the Journal of Clinical Investigation, researchers carried out a literature review of more than 200 studies, to assess and interpret what is known regarding the on-target/off-target (adverse) effects and mechanisms of action of current AIRD therapies on lipid metabolism, immune cell function and CVD risk.

Explaining the findings, Dr Robinson said: “Our review found that current AIRD therapies can both improve or worsen lipid metabolism, and either of these changes could cause inflammation and increased CVD risk.

“Many conventional drugs also require cell metabolism for their conversion into therapeutically beneficial products; however drug metabolism often involves the additional formation of toxic by-products, and rates of drug metabolism can be different between patients.”

The review noted that better control of inflammation using optimal combinations of immunosuppressive treatments, could lead to an improved metabolic/lipid profile in AIRDs.

However, it also revealed many studies have shown that lipid lowering drugs (such as statins) are not sufficient to reduce CVD risk in some AIRDs, potentially because they cannot completely restore the anti-inflammatory properties