Opinion: urban planning is being weaponised in Jerusalem

In a piece published by The Conversation, Professor Haim Yacobi (Bartlett Development Planning Unit at UCL) and Dr Irit Katz, from the University of Cambridge, argue that the tools of urban planning are being used to reinforce Israeli dominance of a contested city. 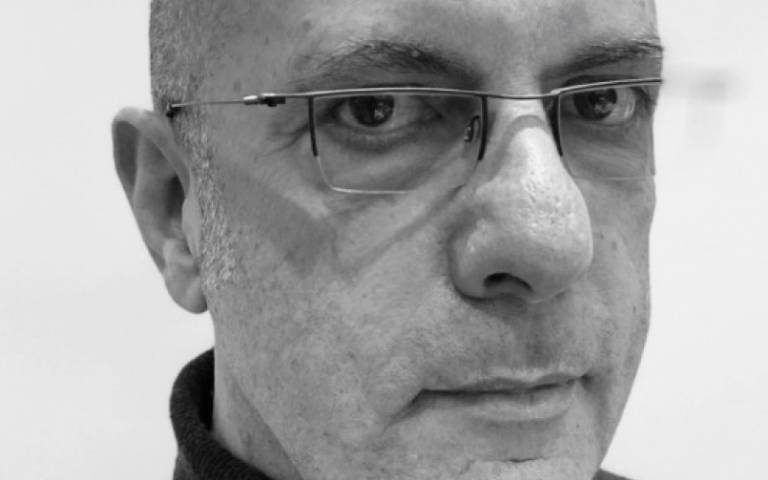 One olive in my garden is better than anything material in the whole world.

These sad words were uttered by Mahmoud Salhiya after his home in Sheikh Jarrah was recently demolished by Israeli forces.

Sheikh Jarrah is a Palestinian neighbourhood of 3,000 inhabitants at the eastern part of Road 1 that runs north to south through Jerusalem and separates Israeli and Palestinian sectors. The neighbourhood has two distinctive sections: the north is the part inhabited by wealthier Palestinians while the poorer, southern part is populated by hundreds of Palestinian refugees from 1948.

The Salhiya family house is in Sheikh Jarrah’s southern area on land designated by an old urban scheme authorised in the 1980s for the construction of a public building. But part of the house already existed, along with some other structures, when the plan was being prepared. In fact, the house and the other buildings on the plot are already visible on maps of Jerusalem from the 1930s.

Importantly, according to the Jerusalem Municipality itself, Palestinian houses built in East Jerusalem before 1967 are considered legal and therefore cannot be demolished. But zoning the Salhiya plot for public use – which ignored the fact of the existing residential property already on the site – is indicative of a common practice that has characterised Israeli planning of East Jerusalem since 1967.

The Israeli authorities argued that the Salhiya property had been expropriated to establish a “special needs” school for the benefit of the neighbourhood’s residents. But this “top-down” planning did not include any consultation with the family or the community.

Demolition as a tool of control
The police are reported to have arrived at the property in the early hours of what was one of the coldest nights so far this winter, and forcibly removed 15 members of the Salhiya family before bulldozing the house. They arrested Mahmoud Salhiya and five members of his family, as well as some of their supporters, both Palestinian and Israeli activists.

This traumatic event is part of an ongoing attempt of displacing Palestinians from their homes – not only in Sheikh Jarrah but also in other neighbourhoods such as Silwan, on the outskirts of the Old City, which is the subject of the continuing conflict between Jewish settlers and the local Palestinian community over archaeology, tourism development and housing.

Housing demolitions have become an all-too-regular occurrence. According to a report by B'tselem (the Israeli information centre for human rights in the occupied territories) between 2006 and November 2021, Israeli authorities demolished at least 1,176 Palestinian housing units in East Jerusalem. At least 3,769 people lost their homes – including 1,996 children. Housing demolition serves Israel’s attempt to control the city’s “demographic balance” – keeping a Jewish majority within Jerusalem’s municipal territory back to the 70:30 ratio that has driven Israeli policy since 1967.

Emerging urban geopolitics
The Salhiya family’s case should be understood within a wider context of the political processes taking place in Jerusalem since June 1967 and the declaration of the city as Israel’s unified capital. The expropriation of Palestinian land by the state through legal measures was central to the colonisation of East Jerusalem at this stage.

Planning further contributed to the colonisation of the city and was characterised by the construction of settlements (“satellite neighbourhoods”). Since 1967, Israel has expropriated over one-third of the Palestinian land that was annexed to Jerusalem’s municipality new boundaries – 24.5 square kilometres – most of it privately owned by Palestinians. Some 11 neighbourhoods have been erected for Jewish inhabitants only.

Under international law, the status of these neighbourhoods is the same as the Israeli illegal settlements throughout the West Bank. As a complementary step, a series of masterplans were drawn that have effectively limited the growth of Palestinian neighbourhoods by limiting construction rights and defining most Palestinian land as not eligible for housing construction.

The beginning of the 21st century marked a shift into a more radical policy in Jerusalem with the construction of the separation barrier. This has allowed Israel to de facto annex another 160 square kilometres of the Occupied Territories.

The route of the barrier creates a sharp division between the walled city of Jerusalem and the Palestinian hinterland. The concrete barrier deliberately disrupts the functional integration of Palestinian neighbourhoods and isolates them from their hinterland in the West Bank.

The construction of the separation barrier has placed the vast majority of territory and resources in the Jerusalem metropolitan under Jewish control. Palestinians are confined to disjointed enclaves, without sovereignty, freedom of movement, control over natural resources, or contiguous territory.

Micro colonisation
Recent events in Sheikh Jarrah clearly mark the current phase in colonising Jerusalem. This is a micro-scale appropriation of Palestinian territory accompanied by evictions and displacements of Palestinians who remain in the city. Palestinian homes are demolished or colonised by settlers such as in the case of Silwan and Sheikh Jarrah while agricultural land is confiscated from its Palestinian owners – as in the case of Walajeh where the separation barrier surrounds the village and cuts it off from most of its inhabitants’ land.

This is a new phase in which Palestinian space is appropriated not solely through military acts or large-scale urban planning (such as described above) but rather on small-scale urban spaces and the use of planning policies. These include land-use changes, planning for the apparent “public good” (such as the attempt to build a school on Salhiya’s plot in Sheikh Jarrah), infrastructure development and touristic development. There is also clear discrimination in the distribution of building permits. While 38% of the city’s residents are Palestinians, only 16.5% of the building permits were given for construction in Palestinian neighbourhoods.

In this way, Jerusalem has become a model for using “banal” apparatuses such as urban planning to reinforce Israeli domination of this divided and contested city.

We are grateful to Dr Mandy Turner for providing the translation of Mahmoud Salhiya’s words at the opening of this article and the linked video.

This article first appeared in The Conversation on 27 January 2022.