Lunar New Year 2022 – celebrating the Year of the Tiger 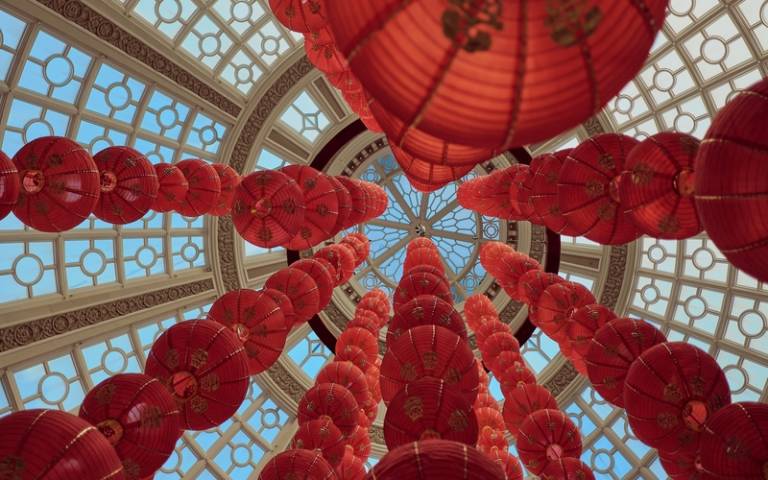 The Lunar New Year festival, celebrated by over 2 billion people around the world, starts on the first new moon and ends on the first full moon of the lunar calendar year.

If you’re on campus from 1-4 February, keep an eye out for the Portico, which will be lit up red to mark the start of Lunar New Year and the year of the Tiger.

Students’ Union UCL are also hosting a range of activities to celebrate the festival including performances by the UCL Chinese Students Scholars Association, a screening of 'Lanterns' – an original musical created by two artsUCL Alumni – a film festival, an open mic night and a pub quiz. See what’s on and book your space.

And if you want to get involved at home, why not find out how to make your own lantern, or make a traditional Lunar New Year meal.