Healthcare workers in England experience post-traumatic stress disorder (PTSD) at twice the rate of the general public, according to a new study co-led by UCL researchers. 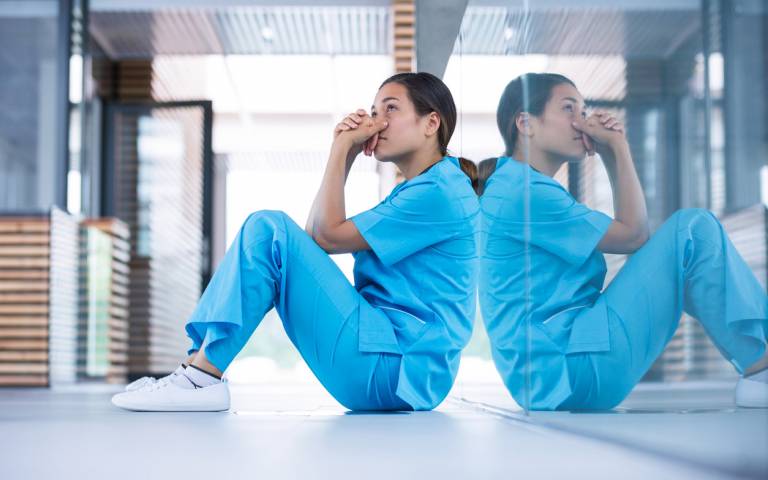 The research, published in The Lancet Psychiatry, was conducted as part of a wider study to establish a more accurate prevalence of mental disorders within the NHS workforce. The study, co-led by the Institute of Psychiatry, Psychology & Neuroscience (IoPPN) at King’s College London and the National Institute for Health and Care Research (NIHR) ARC North Thames at UCL (led by Professor Rosalind Raine, UCL Applied Health Research) in collaboration with NHS trusts, also found that one in five healthcare workers met the threshold for diagnosable illnesses like depression and anxiety.

Researchers recruited participants from the NHS CHECK study, the UK's largest survey of the mental health and wellbeing of all NHS staff during Covid-19. More than 23,000 participants completed commonly used self-report measures, which look for symptoms of common mental disorders like depression and anxiety as well as PTSD.

This particular study reported on diagnostic interviews with two smaller groups of healthcare workers, which were broadly representative of NHS staff overall in terms of ethnicity, age, sex and clinical role (n=243 and n=94 to establish the prevalence of common mental disorders and PTSD, respectively).

While there have been many studies of the mental health of healthcare workers, especially since the pandemic, the vast majority of these have relied on self-reported screening tools that often over-estimate prevalence of mental disorder. Most of these studies have reported highly elevated, and highly varied, rates of common mental disorders and PTSD.

In this study, trained professionals carried out interviews and assessed participants against diagnostic criteria that are considered the ‘gold standard’ for accurately diagnosing mental disorders.

While it is a significant drop, the team say that these lower and more accurate figures still show that more than one in five healthcare workers have a diagnosable mental disorder, with rates of PTSD being around double those found amongst the general public.

Co-author Dr Danielle Lamb (UCL Applied Health Research) said: "Our research highlights the importance of diagnostic interviews to provide the NHS with accurate measures of mental health need in the workforce. This means that the NHS can provide more timely and tailored care to staff with different levels and types of distress."

Professor Simon Wessely, joint senior author from King’s College London, said: “We are not suggesting that those participants who did not meet the criteria for a diagnosable disorder were not in need of any care. However, peer- and team-based interventions can be preferable for effectively helping to manage distress. This then frees up capacity to provided more targeted support for those in greater need.”

The NHS CHECK team is currently preparing to follow up on the healthcare workers who took part in the study, to determine changes in the cohort’s mental health and assess the impact of the ongoing pressures of the Covid-19 pandemic alongside a push to deal with the backlog of patients.