Young adults aged 18 to 24 are at the highest risk of becoming overweight or developing obesity in the next decade of their life compared to adults in any other age group, and obesity prevention policies should target this group, finds a new study co-led by researchers at UCL. 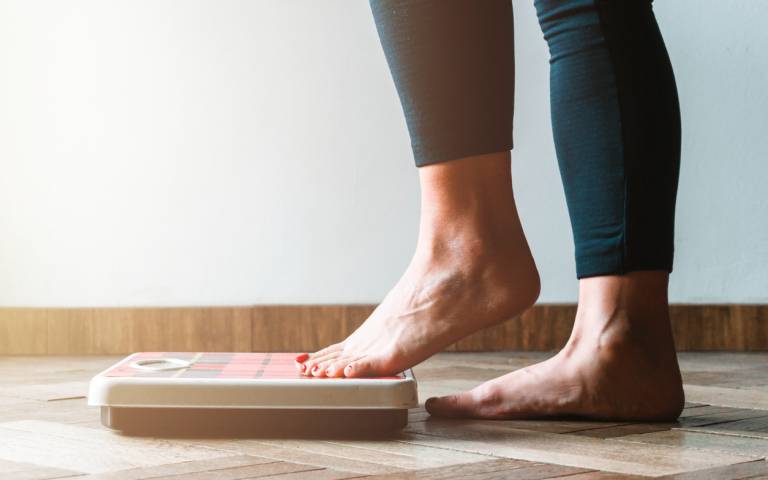 The study, published in The Lancet Diabetes & Endocrinology, found that being a young adult is a more important risk factor for weight gain than sex, ethnicity, geographic region, or socioeconomic area characteristics. The risk of gaining weight is not only highest in the youngest adult age group, but it steadily decreases with age.

The researchers looked at anonymised primary care health records from more than 2 million adults (with more than 9 million measurements of BMI and weight) in England between 1998 and 2016 to investigate the risk of weight changes at different ages and among different groups.

The authors provide the public (for the first time) an online tool to calculate their risk of weight change over the next 1, 5, and 10 years based on an individual’s current weight and height, age, sex, ethnicity and socioeconomic area characteristics. The online tool is available at http://bmi.caliberresearch.org/

Speaking about the online tool, co-senior author Professor Harry Hemingway (UCL Institute of Health Informatics and BIH Fellow) said: “Calculating personal risk of transitioning to a higher weight category is important as the Covid-19 pandemic collides with the obesity pandemic: people are exercising less and finding it harder to eat healthy diets during lockdowns.”

Lead author Dr Michail Katsoulis (UCL Institute of Health Informatics) said: “Our results show clearly that age is the most important sociodemographic factor for BMI change. Young people aged 18 to 24 have the highest risk of BMI gain, compared to older people. We also found that among individuals with obesity, those aged between 35 and 54 had the highest risk of not losing weight compared to other adults.”

Co-senior author Dr Claudia Langenberg (MRC Epidemiology Unit, University of Cambridge, and Berlin Institute of Health at Charité –Universitätsmedizin Berlin) said: “Young people go through big life changes. They may start work, go to university or leave home for the first time – the habits they form in these years may stick through adulthood. If we are serious about preventing obesity, then we should develop interventions that can be targeted and are relevant for young adults.”

The study used data from 400 primary care centres. Participants were aged 18 to 74 and had had their weight and BMI measured at their general practice on more than one occasion between 1998 and 2016. Researchers looked at changes in BMI after one year, five years and 10 years, calculating the likelihood of moving between weight categories (underweight, normal weight, overweight, obese) at different ages and in different groups.

Professor Hemingway said: “Health systems, like the NHS, need to identify new ways to prevent obesity and its consequences.  This study demonstrates that NHS data collected over time in primary care holds an important key to unlocking new insights for public health action.”

The authors provide a YouTube video to explain the findings.