The British Academy has awarded the highly prestigious Leverhulme Medal and Prize 2021 to Emerita Professor of modern British social and cultural history, Catherine Hall FBA, who is Chair of the UCL Centre for the Study of the Legacies of British Slavery. 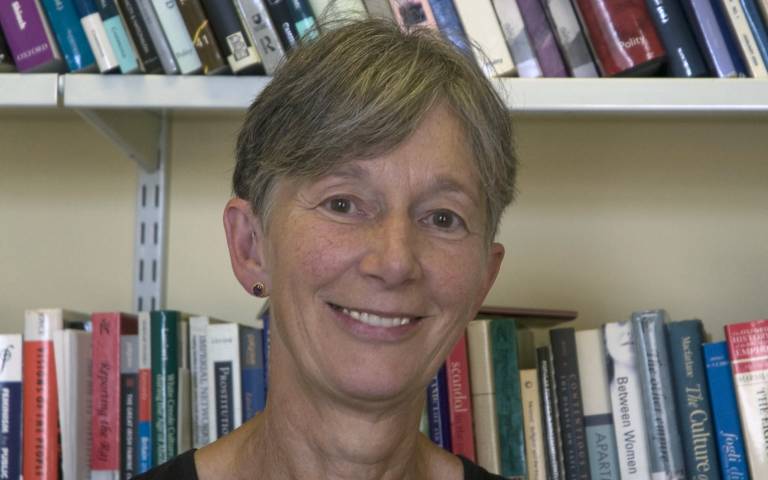 The accolade is in recognition of Professor Hall’s impact across modern and contemporary British history, particularly in the fields of class, gender, empire and postcolonial history.

It is one of several prizes and medals awarded annually by the British Academy, the national body for the humanities and social sciences, for notable contributions to fields including linguistics, cultural history and biblical studies.

Professor Catherine Hall (UCL History) said: “I am honoured and delighted to receive this prize from the British Academy and the Leverhulme Trust for my work on class, race, gender and empire. I would like to thank all those who have worked with me over the past decades in the many collaborative ventures committed to re-thinking British history.

“My work has been driven by a conviction that historical understanding of the relation between past and present can contribute to the task of tackling contemporary social, cultural, political and economic inequalities.”

The Centre for the Study of the Legacies of British Slavery is the UK’s leading public history centre for research on the history of slavery and its aftermath, broadening public knowledge and deepening discussions in Britain and the Caribbean.

It focuses on the multiple legacies of slavery in the British imperial world and makes all its data, analysis and expertise freely accessible online to people all over the world. Its work has been featured in the media, including television documentaries, and in museums, workshops, libraries, and other public spaces. Members of the team regularly act as advisors on film, radio, and television broadcasts on histories of British slavery.

The British Academy is the UK’s national academy for the humanities and social sciences. It mobilises these disciplines to understand the world to help shape a brighter future. It invests in researchers and projects across the UK and overseas, aiming to engage the public with fresh thinking and debates, and bring together scholars, government, business and civil society to influence policy for the benefit of everyone.

Professor Aditi Lahiri CBE FBA, Vice President (Humanities) of the British Academy, said: “The legacies of slavery remain vital to understanding contemporary Britain and they have been much discussed in recent years. Catherine Hall, above all, is widely respected for her role in shining a light on this unforgotten period and recognising its potential, most notably through the Legacies of British slave-ownership project.

“For years, Professor Hall has been illuminating this vital piece of British social and cultural history and, thanks to her hard work, we are able to discern critical details about British slavery and its relationship with Britain in the present day. For this, Professor Hall’s work has been increasingly widely cited and praised and is rightly recognised with the award of the Leverhulme Medal and Prize.”