Profile: UCL rose up the rankings as it's 'always hungry to do better', says President and Provost

UCL has returned to the top 10 in the Guardian Good University Guide 2022 – and it’s bigger and better than ever, says UCL President & Provost Dr Michael Spence in an interview with The Guardian. 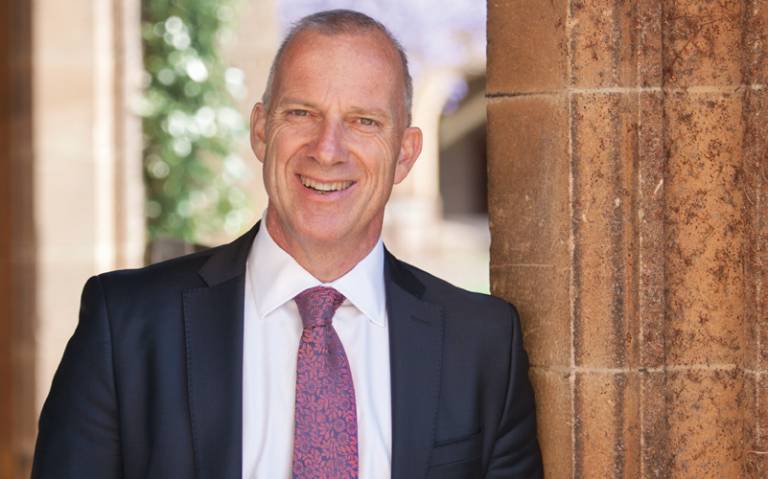 To describe University College London as “the world’s best unknown institution” almost seems absurd, given its size and status, but for UCL’s provost Michael Spence it’s a university that needs its students as much as they need it.

“We’re ranked eighth in the world for the quality of our research. But on average, the top 20 in most of the league [tables] are 350 years old, and have a $25bn (£18bn) endowment. Our endowment is, I think, smaller than that of Balliol College. We are a student- funded institution. And so education, and the quality of educational experience, really matters to us,” Spence says.

Once dismissed as “the godless scum of Gower Street” by its 19th-century rivals at King’s College, UCL remains a relative upstart compared to the deeper pockets and longer histories of Oxbridge’s colleges, Spence argues.

“People in England talk about Oxford and Cambridge, but UCL is a university of genuinely global standing, and it’s a university that isn’t endowment-based but has to hunt well to survive. Two hundred years on, it still has a challenger ethos that is always hungry to do better. And that’s a remarkable combination,” he says.

This year UCL has returned to the Guardian University Guide’s top 10, placing 9th overall in its best performance since 2014, boosted by the breadth of subjects it offers while also having a student-to-staff ratio as low as those in the top three universities of Oxford, Cambridge and St Andrews.

While moving from Australia, where he was vice-chancellor of the University of Sydney, in the middle of a global pandemic may have been difficult, Spence has been fortunate to inherit an institution from his predecessor, Michael Arthur, that has been growing physically and intellectually.

Last year UCL overtook the University of Manchester to become the UK’s largest on-site higher education institution, with close to 44,000 undergraduate and research students, including 23,000 from overseas, alongside more than 14,000 staff. Both this year and last it has been able to admit higher numbers of undergraduates, following bumper years of applications from UK school-leavers.

So far it has been able to grow without damaging its student experience – UCL gained ground in the national student survey last year in what was a miserable year for most institutions. Its research output and impact have seen UCL move up to eighth place this year in the Quacquarelli Symonds world university rankings, ahead of Yale and Princeton despite having investments and reserves only a fraction of those enjoyed by the Ivy League members.

Next year there’s further expansion when UCL’s new campus begins to open in Stratford, near the 2012 Olympic park. Known as UCL East, it covers 180,000 square metres with teaching facilities for up to 4,000 students and is connected to its Bloomsbury central campus by a fast train taking just seven minutes.

The Guardian University Guide’s 2022 course rankings have seen UCL benefit from its size and breadth, offering more subjects than any other UK institution. This year. 22 of its subjects are in the top 10 nationally, while first-placed Oxford has 24.

Matt Hiely-Rayner of Intelligent Metrix, who compiles the guide’s tables, notes that economics was the main driver of UCL’s improvement this year, climbing from 25th to 8th place in a subject with a large student intake, high entry standards and very good career prospects, while computer science and mathematics saw similar improvements. Subjects including modern languages, English, biosciences and politics also moved into the top 10 nationally.

Meanwhile, UCL’s education, law and business courses remained at the top or close to the top among their peers nationally.

In both 2020 and 2021, UCL expanded its undergraduate intake to adapt to the unusual circumstances of offer making and exam results during the pandemic. Bella Malins, head of admissions at UCL, says students applying for the 2022 admissions round will still be buffeted by the turbulence and fall-out caused by Covid.

“It remains quite difficult for us to model with a degree of accuracy what’s going to happen,” Malins said.

“For 2020 and 2021, each year presented different challenges; accuracy and modelling was very difficult. And for 2022 we’re going to have a similar challenge in terms of the number of offers we need to make.”

For UCL’s most popular courses, such as economics, computer science and maths, that means UCL’s offers will be more cautious to avoid overshooting its targets. In 2020, UCL took in 1,500 more undergraduates than it had anticipated, although in 2021 there is less of an overhang and fewer deferrals.

“What we would like to do is return to our intake targets. We haven’t set them in stone yet for 2022, but they will be similar numbers to those we have been aiming for the last few years. It’s a desire to return to our pre-Covid cohort sizes,” said Malins.

Spence rejects suggestions that UCL has grown too quickly or has become too big, pointing out that his previous employer, the University of Sydney, has 73,000 students, while the University of Toronto has more than twice as many with 100,000. And he has little time for the idea that “too many” people in England are now going to university.

“I think people have got to do what’s right for them. The skills that universities give in critical thinking and effective oral and written communication, they’re pretty useful skills, no matter what you want to do,” said Spence.

Spence is convinced that UCL’s presence in the centre of London remains a powerful magnet for prospective students, despite the higher cost of living and the fact that even an institution the size of UCL gets swallowed up by city around it.

“If you’re 18, you might want to go to a small market town in the Fens or a former industrial town in the Thames Valley,” said Spence, teasing Cambridge and Oxford respectively.

“Or you might want to go to the big city, and have a real life. London is one of the most exciting places to live in the world. And we can give you the opportunity to live right at the centre in quiet Bloomsbury, but a quick walk away from Trafalgar Square. I mean, there’s nothing more exciting than that.”

The pull of London is strong enough that currently 40% of its intake from within the UK comes from outside the south and south-east of England.

After a difficult 18 months for students, Spence says UCL has plans to make sure that what he calls “the serendipity of the chance encounter” will take place when they return to campus this autumn, even in the centre of a busy city.

“We are deeply committed to the notion that the university is an embodied community, a place where students learn from one another, as well as learning from the people who teach them. That needs to happen, face-to-face,” Spence said.

“For large, high-quality, research-intensive, comprehensive universities like UCL, the challenge is going to be making sure that the campus experience is really high quality, and in particular that there is a connection between what goes on inside and outside the classroom, so students are able to leverage the social capital of the institution for their careers.”

This article first appeared in The Guardian on 11th September 2021.