Space scientists and engineers from UCL and the University of Leicester have delivered a key component for SMILE, a new space mission studying the impact of solar wind on the Earth's magnetic environment. 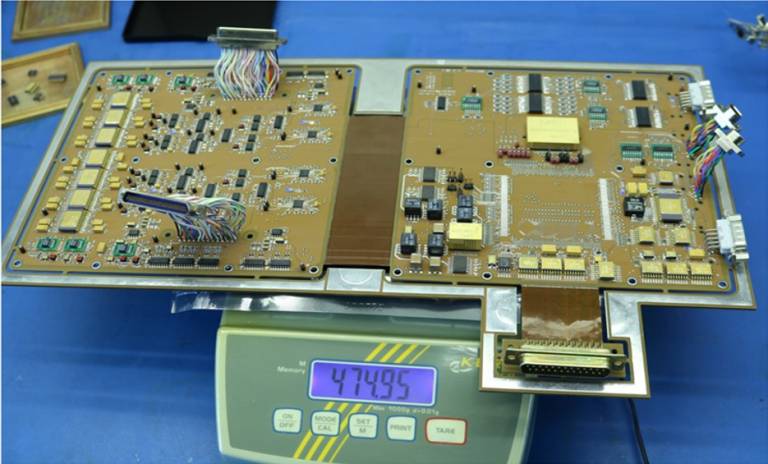 Solar wind is a constant stream of charged particles released from the Sun and when these gusts collide with the Earth’s 'magnetosphere', they can cause ‘space weather’. At its most severe this weather affects satellites, power grids and communications networks and is recognised in the Government's National Risk Register as a key disruptive threat to the UK national technological infrastructure.

Destined to launch at the end of 2024, the SMILE (Solar wind Magnetosphere Ionosphere Link Explorer) probe will carry the UK’s latest X-ray telescope, the Soft X-ray Imager (SXI), which will continuously monitor the position of the boundary between the region of space controlled by the Earth’s magnetic field and the solar wind.

Its images, in conjunction with the other instruments on SMILE, will help scientists refine their modelling of this Sun-Earth connection and the resulting ‘space weather’ providing valuable knowledge that will eventually help mitigate its effects.

Professor Graziella Branduardi-Raymont of UCL Mullard Space Science Laboratory and European Co-Principal Investigator for the mission, said: “One of the most interesting aspects of SMILE SXI is the fact that we are using technology so far applied for looking outwards to X-ray sources in the far Universe to study how our own Earth responds to the impact of the Sun’s activity.”

A team from UCL Mullard Space Science Laboratory have built the electronics that operate the detectors and retrieve the signals that produce X-ray images of the space around the Earth.

Engineers from the University of Leicester’s Space Research Centre have completed the structural and thermal model (STM) of SXI, which has been delivered to Airbus in Spain for integration and testing within the prototype satellite system.

SXI weighs around 36kg and needed to be compact and relatively low mass to meet the mission level requirements of the spacecraft. The STM will help engineers understand the extreme requirements for the final design.

Specialists will subject the prototype to the significant vibrations, shocks and G-forces experienced during launch of the spacecraft, as well as the extreme temperatures it must operate at in space below -150oC.

Dr Steven Sembay, Principal Investigator (PI) for the SXI instrument, based at the University of Leicester, said: “The STM testing is always a slightly nervous time, especially when you see videos of how much the instrument is shaken during testing! It is the first time you go from conceptual design in computer models to a real object in metal.”

The SXI consortium is led by the University of Leicester in collaboration with UCL Mullard Space Science Laboratory, the Open University and European partners.

The UK Space Agency has committed £10.5 million in funding for UK leadership roles on SMILE, including the SXI instrument. The compact X-ray telescope is the only European instrument planned for the mission.

SMILE is the first joint project between the European Space Agency (ESA) and the Chinese Academy of Sciences (CAS) from conceptual design to operations, and will study the continuous stream of charged particles emitted by our Sun.

The highly variable stream of high energy particles, called the solar wind, impacts on the Earth’s magnetic field. At times of high intensity this stream can be a hazard to space-based instrumentation or even, in rare cases, ground-based electrical systems.

Fortunately, the Earth’s magnetic field provides protection, but this compresses and expands as it responds to variations in the highly dynamic solar wind.

Dr Caroline Harper, Head of Space Science at the UK Space Agency, said: “Space weather – such as the solar wind – has the potential to disrupt satellites we rely on every day for services such as global communications or managing power grids.

“This mission is a prime example of how, by working with our international partners, the UK is doing innovative science in space, while underpinning the broader economy by supporting the development of real-world applications, such as space weather modelling. It is fantastic to see the first full model of the SXI instrument being delivered and we look forward to the completion of the engineering model and eventually the flight instrument, over the next two years.”