UCL climate scientists will team up with celebrities, YouTubers, social media stars and football players from Celtic and Rangers, to play in a ‘Game of History’ at COP26 next month in an effort to raise awareness of the damaging effects of eco-anxiety on young people. 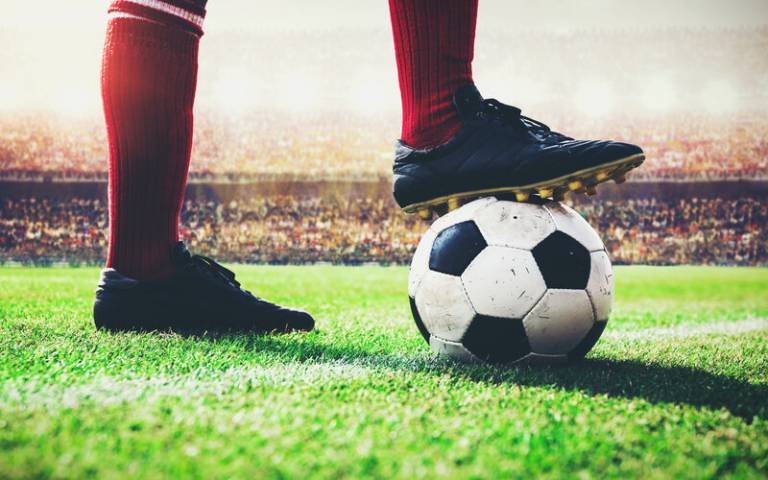 The ‘Game of History’, taking place on Sunday 7 November during the first weekend of COP26, will raise money for local children's charity Blameless with the goal to combat the growing number of young people across the UK suffering from ‘eco-anxiety’.

As the climate crisis worsens and the future for young people across the world becomes increasingly uncertain, the need to take action to prevent the devastating effects of global warming becomes greater, as does the need to protect the nation’s mental health.

Commenting on the launch of the match, Professor Mark Maslin (UCL Geography), Climate Scientist and author of ‘How to Save Our Planet’, said: ''I honestly believe that together we can make this a better, safer, healthier planet for all humanity. Football has the power to break down barriers and energise us all in our fight to save the world… So come down and join us at the Accies! Mingle with legends from the world of football and stars from media, get behind us and help support kids with climate change anxiety!

“The time for action is now – we need to decarbonise our economies, protect nature, and protect our collective mental health at the same time. Raising awareness for these efforts is crucial, so bringing together famous faces for a football match to promote the cause during the middle of the most important climate summit in history is definitely worth a shot. My boots are ready, let’s just hope my legs are as well!”

Also commenting on the launch, Founder of Soccer Six, Mark Abery, said: “We are honoured to be organising this match at such a crucial time for our collective future. The success of COP26 affects us all, but the mental health impact is often forgotten about. We hope that this match goes a long way towards raising awareness of the issue, particularly for young people, and also boosts motivation for the everyday football fan to take climate action and live greener lives.”

The pioneering Soccer Six celebrity football tournament has led the way since 1995 and has been staged at prestigious football stadiums across the UK & Europe since 1995. Previous players include Rod Stewart, Ant & Dec, The Wanted, Olly Murs, Chris Evans, Gazza, Ella Eyre, Wretch 32, KSI, Mark Wright, and many more. Soccer Six gives fans the chance to see their favourite stars combine to raise money and awareness for good causes.