Rising global temperatures will impact major river basins differently around the world, with rivers in South America, southern Africa and Australia among those most at risk of extreme ecological changes, a new study led by UCL has found. 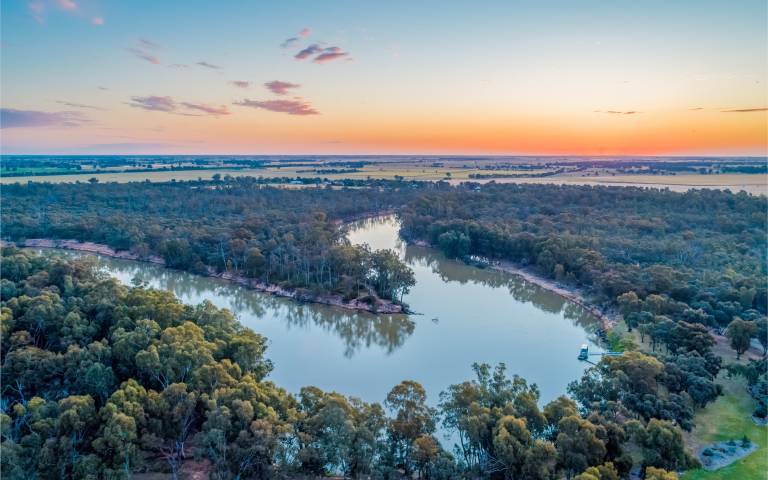 For the first time, researchers from UCL Geography, the University of Nottingham and the UK Centre for Ecology & Hydrology combined large datasets with an environmental flow approach to predict how changes of between 1–3°C in the Earth’s temperature would impact 321 of the world’s biggest river basins. Collectively, these cover around 50% of the Earth’s land surface.

The team’s findings could help target hotspots for ecosystem conservation, through better understanding of the ecological risks from climate change-induced modifications to river flow.

Ecological conditions within the world's rivers are strongly controlled by the amount, variability and timing of water flowing within them. Changes in river flows impact on river depth and velocity, water chemistry and habitats, with implications for aquatic life and the ecosystem services provided by rivers to humans.

Using results from nine global hydrological models forced by five climate models, the researchers compared simulated river flows under a range of global warming scenarios with historical flows. They were able to project which basins were more likely to experience significant ecosystem change due to altered river flow.

Rivers projected to be at most risk include the Amazon and Parana in South America, the Limpopo and Orange rivers in southern Africa and Australia’s Darling River.

High latitude northern hemisphere basins were found to be less at risk, although the team say this may be underestimated as the effects of melting permafrost (ground that remains continuously frozen) is not represented in most global hydrological models.

Across the globe, the larger the temperature increase, the greater the risk of change, particularly for low flows at the highest level of warming.

Lead author Professor Julian Thompson (UCL Geography) said: “Climate change is expected to lead to an intensification of the hydrological cycle. Yet the climate change signal and its consequences vary throughout the world as revealed by our analysis. In some parts of the world there is large uncertainty.”

Co-author Professor Simon Gosling (School of Geography, University of Nottingham) added: “The risks for some rivers are particularly high if the 1.5°C and 2°C goals of the UN Paris Climate Agreement are not met. This study’s results highlight the need for ambitious reductions in global greenhouse gas emissions to avoid ecological degradation of some of the world’s largest rivers.”

“If a river’s regime changes, the associated ecosystem service will change” he said. “Natural aquatic ecosystems have processes that can improve water quality – reduced river flow impacts their ability to dilute pollutants. Higher flows might be more associated with changes in sediment loads, which could put water purification under stress. The life cycles of aquatic animals, in particular many fish species, are synchronised with seasonal variations in river flow so that changes in discharge could increase pressure on fisheries, many of which are already stressed.”

The team have begun to expand their global analysis to include the impacts of human activities such as dams and water diversions. This will enable an attribution of future risks of ecological change between human interventions and climate change.

He added: “People would need to consider how you do tradeoffs between the environment, agriculture and other human demands for water. As the climate warms, you need more water for irrigation, but you may have less water in the river. How do you prioritise competing demands for a finite resource? It will require a lot of political will, underpinned by sound science.”