BBC Radio 4 has worked closely with experts from the UCL Centre for the Study of Legacies of British Slavery on a 7-part series called Descendants looking at how far the legacy of slavery reaches into modern Britain. 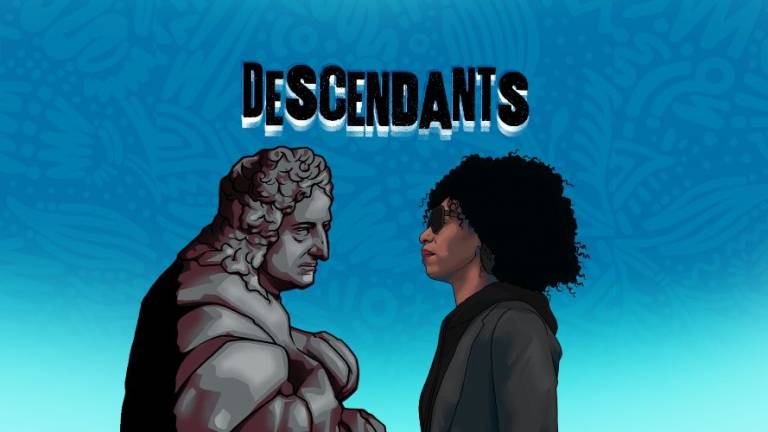 The series, presented by writer and poet Yrsa Daley-Ward, is being broadcast a year on from the toppling of the Colston Statue in Bristol by protesters, following the murder of George Floyd by police in Minneapolis in the United States.

The programmes ask how close is each of us to the legacy of Britain’s role in slavery? It explores this relationship through a series of stories of people whose lives today are all connected to this history.

“Slavery itself was a huge system. So, even if one may not have been part of a direct ownership of enslaved people, or in some way receiving money that was directly from enslavement, they are participating in a world in which the profits from slavery have shaped and developed that world that they live in.

“One of the key legacies is this question of racial inequalities that have lingered very long after slavery’s end, both in the Caribbean but also in Britain - that’s also a direct tie to all of this deeper history of slavery. People have to see that connection and contend with it.”

Each episode introduces listeners to people who are connected, often in very surprising ways, both to one another, and to slavery. Moving backwards and forwards through time, the series explores the stories of public and private figures from around the world - from Detroit to Bristol, from Barbados to London.

Starting with the personal history of Jen Reid, the Bristol woman whose statue replaced the toppled Edward Colston’s last summer, the programme covers the personal histories of fourteen other people. These include Gayle Heron, the sister of poet and musician Gil Scott Heron, Conservative MP James Cleverley and Mark Cropper, a descendant of the prominent abolitionist James Cropper.

Rachel Lang (UCL History) is a researcher and administrator at the Centre for the Study of Legacies of British Slavery, who worked closely with the programme makers over many months, checking facts and providing information from the Centre’s database. Rachel said:

“The power of the series is in the people whose stories it tells and how it makes the listener really think about their relationship to this history, how we understand that history and what it means for life in Britain now. It was fascinating to see the programmes unfold and I was impressed by the depth of research that went into the series and the team’s commitment to detail and accuracy.”

BBC producer Polly Weston praised UCL for the expertise and insights it lent to the series. She said:

“The Centre and its work was pivotal to Descendants.  The format was unusual because we wanted to try to enable members of the public to tell their own stories, uninterrupted – to make personal connections with the legacy of British slavery and to explain this history in their own words.

“Thanks to the extraordinary body of research in the database, and the team’s huge wealth of knowledge, our contributors were able to tell their own stories and, in some cases, to interpret their personal histories for the very first time. There’s no way this would have been possible without the Centre’s body of work, and without the careful, patient support of the team.”

Descendants is available on BBC iPlayer, with episode one broadcast on BBC Radio 4 at 11am on 28 May 2021.