This week we meet Professor Ofer Lahav – Perren Chair of Astronomy at the Department of Physics & Astronomy, Vice-Dean (International) of MAPS, and Co-Director of the Centre for Doctoral Training in Data Intensive Science. 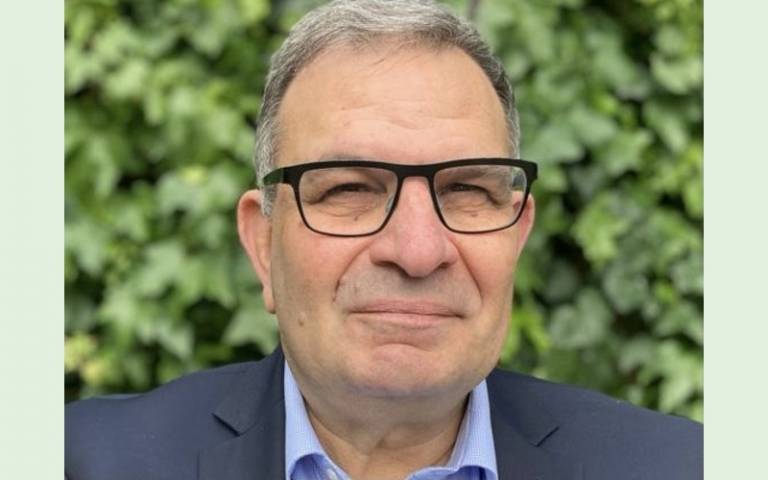 My research interests are in cosmology, in particular probing and characterising the Dark Matter and Dark Energy contents of the Universe from large galaxy surveys.

I am Perren Chair of Astronomy within the Physics & Astronomy Department. In addition, I am serving as Vice-Dean (International) of MAPS, and as Co-Director of the Centre for Doctoral Training in Data Intensive Science.

I moved to UCL from Cambridge in 2004. In Cambridge I was a member of staff at the Institute of Astronomy and a Fellow of St. Catharine’s College for 14 years, after being a PhD student there. It was a fantastic period in my career and it was a difficult decision to leave Cambridge, but I wanted a new challenge and UCL presented a great opportunity.

It was a privilege to head UCL’s Astrophysics Group and to develop from scratch the cosmology research area. Fortunately, very soon after my move to UCL in 2004, we joined the Dark Energy Survey (DES), bringing together the instrumentation and cosmology teams within UCL. The camera, built in part at UCL, was placed on the telescope in Chile in 2012 and observations were completed in 2019. The science analyses of hundreds of millions of galaxies are still continuing. I co-chaired the international DES Science Committee for nearly a decade. An Advanced ERC grant has greatly helped my team to extract interesting science from DES. The story of DES is told in the book I co-edited (World Scientific, 2020). It covers not only the instrumentation and science, but also the broader perspective of the anthropology of a collaboration of about 400 scientists, philosophy, art and poetry.

Over four years ago we started the Centre of Doctoral Training (CDT) in Data Intensive Science (DIS), with the support of STFC. This prepares PhDs for a dual career in Physics/DIS. We have now 45 PhD students in four cohorts and about 20 industry partners. I currently supervise four of the CDT-DIS PhD students on a range of applications of Machine Learning to astronomical problems. With the support of the Newton Fund, we also run a DIS programme with Jordan (virtually for now), which involves over 40 Jordanian students, about 60% of them female.

Song: What a Wonderful World by Louis Armstrong.

Film: The first film I ever watched, at the age of five at a cinema in Tiberias Israel was Mary Poppins. It might have inspired me to find my future in London… It was fun watching it again with my daughter when she was at about the same age.

Book: I am currently reading the biography of Sir Isaiah Berlin by Michael Ignatieff. In particular, I find interesting the chapter about his time at All Souls College Oxford, where I am a Visiting Fellow from January–June 2021.

Recently I came across this ‘academic’ one:

What's the difference between a physicist and the HR department?
The way they pronounce "unionized".

Be more adventurous, try out different hobbies (even those you think you may dislike) and follow your dreams.

I was a member of the wine committee at St. Catharine’s College Cambridge despite not drinking much wine…