This week we meet Ellis Parkinson, a London-based artist and Fine Art and Critical Studies student at the Slade School of Fine Art. Here, Ellis – who won the Provost Portrait Competition – chats to us about the Tintype, a unique form of photography. 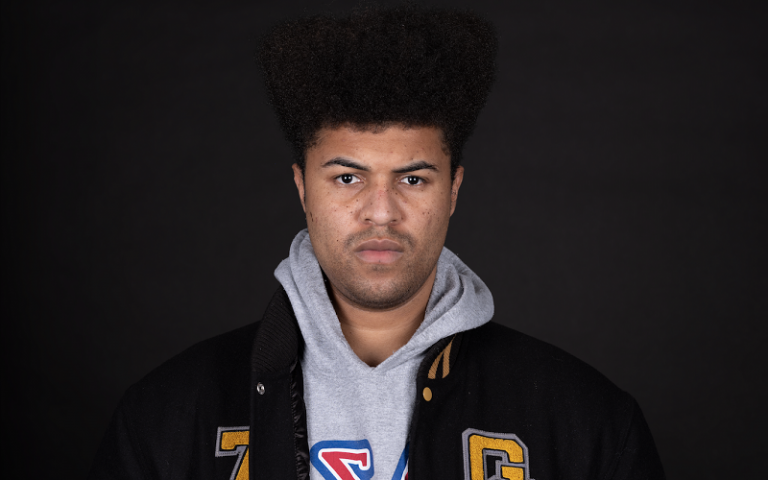 I am currently an Undergraduate at the Slade School of Fine Art and my course focuses on Fine Art and Critical Studies. This course is based upon building the necessary skills in order to consider your artistic practice in a professional forum and ensure that you have the necessary skills by which to function as an artist outside of the traditional academic structure. I have always been interested in studying art but had never considered myself eligible for studying it at a university level; however, with enough of a push from the right people at the right time and integration in widening participation programs, the door was opened to this level of academia.

In an ideal world, I would continue refining my practice though further study, both within academia and outside it, forming collectives and frameworks in order to ensure that there is adequate representation in the arts as well as working towards more regular commission-based work and exhibitions.

The most interesting thing [and probably the reason I was asked to do this interview] would probably be taking the portrait of the former UCL Provost Michael Arthur. The portrait was a Tintype, which uses light sensitive chemicals to capture an image on a metal plate. I wanted to counter the impermanence and uncertainty of our current moment with something tangible, with something that will last for generations to come. Today the Tintype is considered a non-standard method by which to capture photos, but their fine quality and rich history speak exactly to an aesthetic which I consider the model for a situation such as commemorating the proverbial changing of the UCL guard. The Tintype is an honest method of photographic production; it refuses to glaze over imperfections and bares all to the world, something that I feel is very important not just in terms of the current moment, but also when evaluating prominent figures within an institution such as UCL.

Despite being a relatively open institution, much of UCL is hidden from students and staff alike behind lock and key. If you ever get the chance to explore UCL behind the scenes, it's almost certainly going to be worth it. Some of my favourite locations have been the roof of the Main Quad [the North and South Cloisters are also worth a look too] and the roof of the Grant Museum respectively, inside/underneath the IOE and the Office of the Provost.

If you have the opportunity to visit the winter show at 180 The Strand, it is always worth it. Every year the space is transformed in unique and alternative ways to showcase different artworks in what would usually be a premium Central London office. It also has an amazing south-facing view of London from the roof. In the summer, roof gardens like Madison (at St Pauls Cathedral) or high points, like Primrose Hill are amazing to spend the day at. The Secret Comedy Club is also a brilliant and cheap night out (if you can find it of course) and often features a mix of recognised and up and coming comedians.

What’s one thing you’d like to see in a post-Covid world?

It might appear to be self-serving, but I would like to see extensive support for the arts and artists at all levels. In the last year I have seen a number of my peers pushed to their limits; mentally, physically and financially with little consideration as to the hugely detrimental effect that having your entire academic world paused has. As well as this many artist led programs, institutions and support groups have not survived the transition to the digital space we are now all too familiar with. There is a whole generation of burgeoning artists who have been denied the support that is all too essential for being able to transition outside of the academic framework.

I have always found the artist Rebecca Horn to be a massive inspiration. Horn has balanced disability and personal tragedy in her life whilst still continuing to produce impactful work. Her story is not one of a dificiency overcome, but rather one of an identity embraced. Horn bares all to the world, her artwork becoming an extension of herself, quite literally in some circumstances, in order for her audience to further understand her and her journey.

I have quite an extensive knowledge of pop culture, science fiction and fantasy (literature and film), some of which has infiltrated my artistic practice, but I have been told that it is somewhat expansive. I am also an Associate Producer on Zack Snyder's Justice League.