Opinion: We must tackle obesity and health inequalities in order to build back better

The impact of Covid-19 on people overweight or with obesity has been significant. On World Obesity Day, Professor Rachel Batterham (UCL Medicine), explains why "drastic action" and a "cross-government strategy" is needed to reduce health inequalities and the rates of obesity. 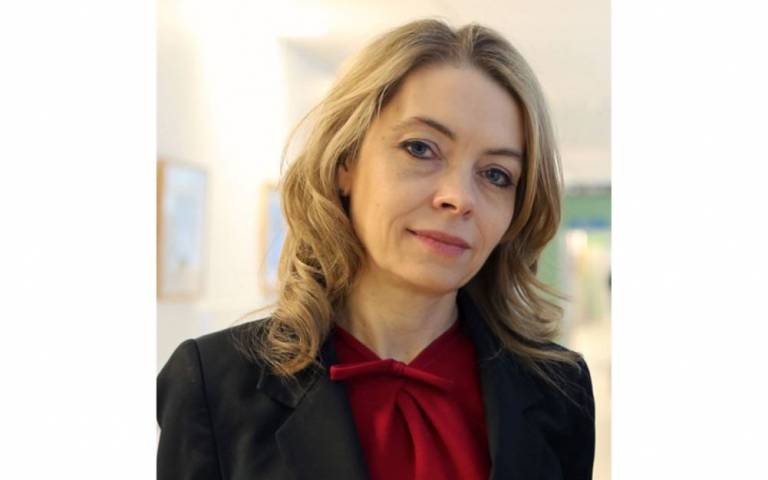 The UK’s death rate from Covid-19 is the fifth highest globally, largely due to the high number of people living with obesity and overweight. A new report from World Obesity Federation*, using data from 164 countries, found a 10-fold greater Covid-19 death rate in countries where more than half the population are affected by overweight or obesity compared to countries with less than half their population affected.

In the UK around 30% of Covid-19 hospitalisations are directly attributed to overweight and obesity. People with overweight or obesity represent 77% of all critically ill Covid-19 patients.

Obesity causes inflammation throughout the body and impairs the body’s ability to fight off infections. These factors, coupled with the adverse effect of obesity on the lungs, are the most likely reasons why obesity increases the risk of contracting more severe Covid-19. However, it is not just Covid-19 we have to be concerned about. Obesity markedly increases the risk of people developing type 2 diabetes, heart disease, stroke, certain types of cancers, and of dying prematurely. That’s quite a list.

Obesity is a complex, chronic disease, characterised by excess body fat that impairs health. Scientific advances have shown that the drivers of weight gain are complicated, but include genetic make-up, biological and social factors—the latter being markedly influenced by health inequalities. The impact of deprivation on obesity rates is deeply concerning, with adults in the most deprived regions having almost double the prevalence of obesity compared to the least deprived. The effect of deprivation upon childhood obesity is even more alarming. In 2018/19, the prevalence of obesity in children aged 10-11 was 27% in the most deprived areas and 13% in the least deprived areas.

Last year, the Royal College of Physicians formed the Inequalities in Health Alliance, a coalition of over 150 organisations calling for a cross-government strategy to address health inequalities for good; the very health inequalities that contribute to the high rates of obesity in the UK, hugely exacerbated by the Covid-19 pandemic.

The government, driven by the UK prime minister Boris Johnson’s hospital admission with Covid-19, recognised the link between obesity and Covid-19 severity and announced a new obesity strategy for England last July. This included a marketing campaign, consultation on a range of measures to restrict promotion and advertising of unhealthy foods, and additional weight management services. These measures represent significant strides forwards, but yet again focus on personal responsibility and fail to place enough emphasis on the biological, genetic, and social factors that drive weight gain. The RCP has long been calling for obesity to be recognised as a disease for this exact reason—to change the narrative around obesity and take the onus off individual responsibility.

Unfortunately, lockdown restrictions and NHS pressures have markedly reduced access to specialist weight management services at a time when people need them the most. To improve the health of the 28% of adults affected by obesity and in particular the nearly two million adults with severe obesity, equitable access to effective, culturally-tailored weight management services is urgently needed. These services need investment and prioritisation

If Boris Johnson wants to achieve his ambition to “build back better” he needs to take drastic action and implement a cross-government strategy to reduce health inequalities and obesity rates.

The original article was published in thebmjopinion on Thursday 4 March 2020.

Rachel Batterham is professor of obesity, diabetes, and endocrinology at UCL Division of Medicine and University College London Hospital and is the Royal College of Physicians’ lead adviser on obesity.