An independent review into the deaths of London bus drivers from COVID-19, led by the UCL Institute of Health Equity (IHE), finds an earlier national lockdown would likely have saved lives. 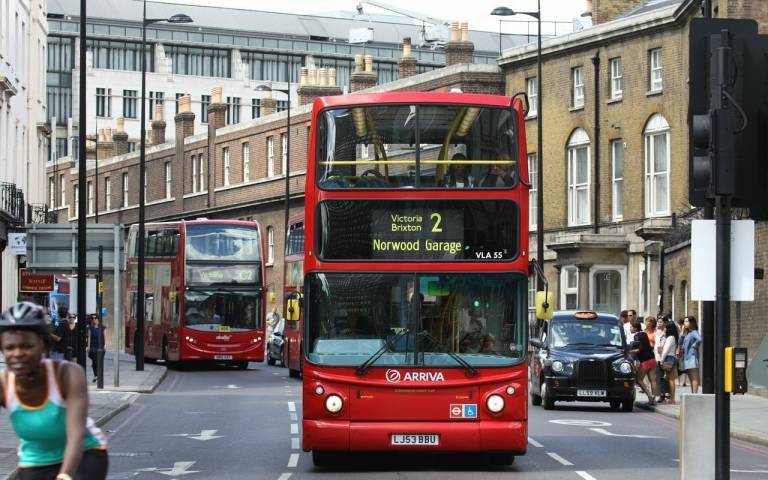 The report notes that over 80 percent of drivers (22 out of 27) who died had ceased work by 3 April, meaning their infection would likely have been contracted pre-lockdown.

The new report is the second of a two-part review, commissioned by Transport for London (TfL), to understand more about the factors relating to the deaths of drivers among bus companies operating TfL routes within London from March to May 2020.

The report focuses on the 27 deaths from COVID-19 of the London bus drivers who had been working since the start of the pandemic in February 2020, 24 of whom were full-time employees, one was a part-time employee and two were agency workers.

Between June 2020 and January 2021 a further 15 London bus drivers died from COVID-19. These form a smaller proportion of the deaths in London than those in March to May, but the review authors say it is too early to draw definitive conclusions about these later deaths.

Part one of the UCL IHE review, published in July 2020, undertook a rapid, short-term review of the actions and measures that have been implemented to date, to consider what is working and whether any elements should be amended or further improved.

The final report updates the part one analysis with new data from bus operators and the Office for National Statistics (ONS) to provide a better indication of the extent of excess mortality among London bus drivers in the first wave of the COVID-19 pandemic in London.

It also reports on the results of a survey* of drivers of buses on TfL routes in London (London bus drivers) in October and November 2020. Out of 26,365 employees, 3,880 drivers responded to the survey. The key findings, which include survey data, inform the recommendations.

• An earlier lockdown would likely have saved lives, with many of the drivers who died having underlying health conditions, putting them at greater risk.

• The analysis suggests that most of those who died had become infected in March. The timing of when workplace health and safety measures were introduced such as hand sanitisers, enhanced cleaning and screens are unlikely to have prevented the majority of infections leading to death.

• Some part, but not all of, the excess deaths were due to a larger than average proportion of Black Asian and Minority Ethnic drivers (BAME groups having a higher COVID-19 infection and mortality rates).

• The information collected in the survey from bus drivers on their pre-existing health conditions shows that rates of diabetes, hypertension and overweight are broadly similar to those collected on the general population in the Health Survey for England, with exceptions in specific age groups.

• Between 53 and 63 percent of bus drivers who responded to the survey agreed that the various safety measures introduced before 23 March improved their safety at work.

Professor Sir Michael Marmot (Director, UCL Institute of Health Equity) said: “‘It is clear that an earlier introduction of the lockdown on 23 March 2020 would have saved lives. However, we do not know whether an earlier introduction of workplace preventative measures would have reduced COVID-19 infection and mortality in addition to the lockdown.

“We know pre-existing health conditions and ethnic composition play a role in COVID-19 infection and mortality. The UCL Institute of Health Equity therefore recommends implementing a number of work-place changes to reduce exposure to COVID-19, prevent avoidable ill-health and improve the wellbeing of bus drivers.”

1. All bus drivers, particularly those with identified risk factors, need: continued protection to reduce their exposure to COVID-19 while it exists in the community; continued social distancing and mask wearing in all locations where bus drivers are out of their cabs; and promotion and enforcement of compliance by all these measures.

2. Early interventions on ill-health prevention are needed long-term to reduce obesity in the population as a whole, with particular measures required for younger London bus drivers who have higher obesity rates than other young people of the same age.

3. As fatigue is a pre-existing issue for some bus drivers, with evidence that COVID-19 infection and lockdown have contributed to this, ongoing action should be enhanced to address any new issues arising from the pandemic, following a short-term review of shift lengths, patterns and rotas.

4. Drivers who have clinically verified ongoing COVID-19 infection symptoms will continue to need financial, psychological and clinical support from bus companies and the NHS.

5. Some bus drivers report several factors that have increased the demands on them despite reduced passenger and traffic numbers such as passenger aggression and non-compliance as well as new traffic measures. In anticipation of increased passenger and traffic numbers, TfL should support drivers in the short-term through both ensuring communication of guidance to the public is clear on measures in force and those that change at any point in time, accompanied by enforcement action to support drivers.

6. Bus operators should ensure a more complete recording of ethnicity and TfL should issue similar guidance on harmonized ethnic recording to that currently being implemented across the NHS - based on the March 2021 Census ethnic classification.

7. As breathing problems appear to be a pre-existing issue reported by many London bus drivers and are exacerbated in those self-reporting COVID-19, the Government and the Mayor of London should prioritise improving air quality on London’s roads.