Analysis: Are we more closely related to starfish or insects?

Professor Max Telford and Dr Paschalia Kapli (both UCL Biosciences) discuss the difficulties of tracing the vertebrate origins of humans, and say the long held view that vertebrates are closely related to echinoderms such as starfish may be misplaced. 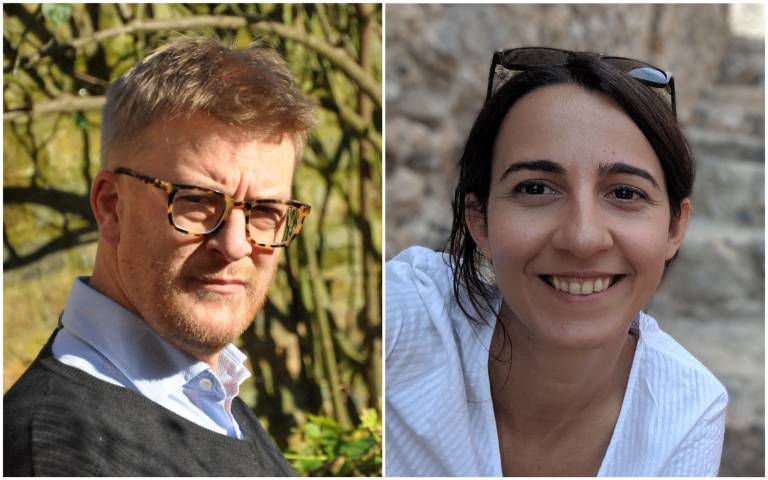 How humans evolved from the very first animals over the last 600 million years is an endlessly fascinating question. When piecing together the many steps leading from our first simple animal ancestor to modern Homo sapiens, the first thing we need to know is how we are related to other animal groups.

Many aspects of our family tree are obvious. It is easy to see that we are members of the great apes, primates and mammals, for example. Going deeper in into our history, even Aristotle was aware that mammals, birds, reptiles, amphibians and fishes are united by the shared feature of a backbone in a group we call the vertebrates.

Our vertebrate origins lie deep in the history of animal life on Earth, and the earliest fossils with some form of a backbone date to over half a billion years ago. There are inherent difficulties in untangling such ancient relationships, meaning many aspects of them have been bitterly fought over for the past 150 years. Now our new study, published in Science Advances, offers insight.

Given these difficulties, the fact that there has long been a consensus over the identity of the closest relatives of the vertebrates is very unusual. The general view for over a century has been that, surprisingly, our closest non-vertebrate relatives are a group with no striking similarities to the vertebrates at all. They are the echinoderms or “spiny skins” – a group including starfishes, sea cucumbers and sea urchins.

This was first proposed in 1908 by an Austrian zoologist called Karl Grobben. Grobben looked at the earliest events of embryonic development in different groups of species (how the first cells of the embryo divide and how the mouth is first formed) to split the main part of the animal kingdom into two great branches. He argued that vertebrates and echinoderms were part of a group called “deuterostomes” and that the other invertebrates were in a group called the protostomes – including insects, earth worms, molluscs and nematodes.

While this textbook view of a close relationship between vertebrates and echinoderms has endured, some unexpected results from recent studies using comparisons of animal DNA to reconstruct evolutionary trees have questioned it. In parallel, some of the specific traits in how embryos develop that had been emphasised as being unique to the deuterostome branch of animals have been discovered in some species of protostomes.

These results suggest that the evidence that echinoderms are the closest relatives of vertebrates may perhaps be weaker than has long been believed.

Looking at about 5,000 different genes, for approximately 70%, the protostome branch had more unique changes supporting it than the deuterostome branch did. That means the animals on the protostome branch share lots of unique changes to their DNA – and so this branch is very well supported by the DNA evidence. The close relationship between vertebrates and echinoderms, in contrast, is supported by much weaker evidence – they share relatively few unique DNA changes.

We saw that for many genes, there wasn’t a huge amount of DNA changes supporting any of the three trees. Of the gene analyses that did show evidence clearly preferring one of the three alternatives, a very small majority of genes showed stronger evidence for the deuterostome tree than for the other two possibilities. Our result suggest that the three branches – vertebrates, echinoderms and protostomes – separated from each other in a short period of time, meaning that there was not time for many changes in the DNA to build up. This means that it is now very difficult to work out which of the three possible trees relating these groups is correct.

So why have most previous DNA studies supported a tree with a deuterostome group, despite our experiments showing that there is little to distinguish this tree from the two alternatives? We wanted to find out whether the analyses were prone to errors that can arise when different branches have evolved at different speeds.

To find out, we used a computer to simulate the evolution of DNA in accordance with each scenario. We started with a random synthetic DNA sequence representing an ancestral animal. This DNA sequence was allowed to evolve by accumulating mutations according to each of the three trees.

This result suggests there might be an error in the real DNA data that would make us reconstruct the deuterostome tree even if it were not correct. The error may be caused by the two deuterostome groups (vertebrates and echinoderms) evolving at a slower rate than the other groups. This would make them look more similar to each other than they are to protostomes, even if they are not really each other’s closest relatives.

What we conclude is that the confidence in a close relationship between vertebrates and echinoderms – in the textbooks for more than a century – is misplaced. We have shown that this evolutionary problem is particularly difficult to solve and that we vertebrates might turn out to be more closely related to snails and flies than we are to the starfish.

This article originally appeared in The Conversation on 31 March 2021.