UK needs to step up efforts to mitigate climate change

Efforts to tackle climate change are not keeping up with the fast pace of global warming and increasing climate risks, according to a report by the Climate Change Committee involving UCL experts. 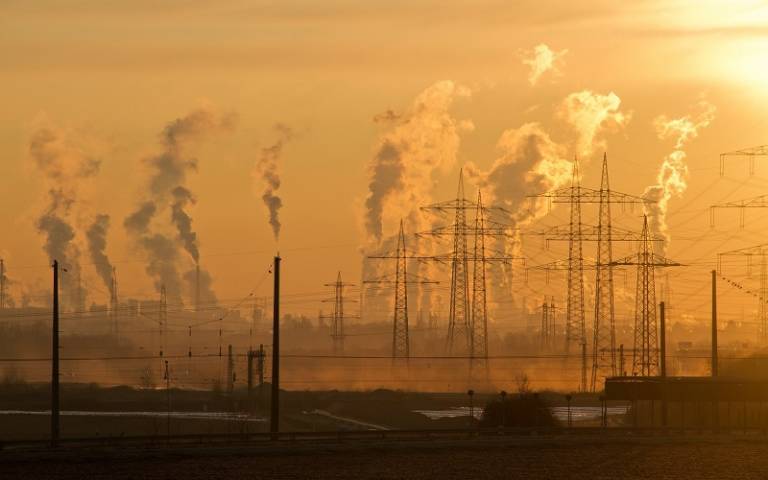 Professor Michael Davies (UCL Institute for Environmental Design & Engineering - IEDE) is a member of the Climate Change Committee and the Adaptation Committee within it, which advises the Government on climate change risks.

Commenting on the technical report, which he provided expertise and input to, Professor Davies said: “I am delighted that this report and our associated advice to Government is now being published. The work has culminated in the provision of cutting edge evidence relating to climate change and is both important and timely.”

The Climate Change Committee considered a catalogue of risks and opportunities affecting every aspect of life in the UK. It concluded that the Government must deliver a stronger action plan to support good adaptation planning across the UK and integrate this into all relevant plans and policies.

Average land temperature in the UK has risen by around 1.2°C from pre-industrial levels, sea levels have risen by 16cm since 1900 and episodes of extreme heat are becoming more frequent.

Since the CCC’s last report in 2016, over 570,000 new homes have been built that are not resilient to high temperatures. Since 2018 over 4,000 heat-related deaths have been recorded in England.

Professor Kate Jones (UCL Biosciences) is a scientific advisor to the CCC. She helped to formulate the committee’s advice to Government, specifically on the importance of having healthy and thriving ecosystems to underpin action the UK needs to take to adapt to climate change.

She said: “I was privileged to have advised the Climate Change Committee on the eight priorities for urgent action to adapt the UK to – the now inevitable – climate change. These adaptations critically depend on healthy and thriving ecosystems, and nature-based solutions are a key part of adapting to climate change.”

Nearly 60% of the risks and opportunities assessed in the 1,500-page report have been given the highest urgency score. The CCC identified eight priority risk areas which need immediate attention within the next two years.

These risk areas are:

Baroness Brown, Chair of the Adaptation Committee, said: “The severity of the risks we face must not be underestimated. These risks will not disappear as the world moves to Net Zero; many of them are already locked in.

“By better understanding and preparing for the coming changes, the UK can prosper, protecting its people, its economy and its natural environment. A detailed, effective action plan that prepares the UK for climate change is now essential and needed urgently.”

The new, independent report follows a comprehensive review of the risks and opportunities facing the UK from climate change led by the Climate Change Committee and involving 130 organisations and over 450 contributors. It is informed by a 1,500-page technical report collating the latest evidence across a range of key sectors, among many other outputs.