The risk of being infected with SARS-CoV-2, the virus that causes Covid-19, is substantially reduced for up to 10 months following a first infection, according to new findings from the Vivaldi study led by UCL researchers. 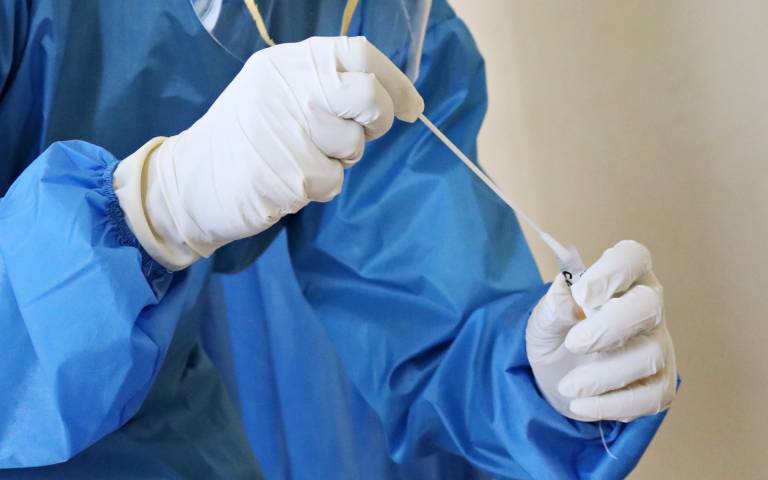 For the study, published in Lancet Healthy Longevity, researchers looked at rates of Covid-19 infections between October and February among more than 2,000 care home residents and staff, comparing those who had evidence of a previous infection up to 10 months earlier, as determined by antibody testing, with those who had not been previously infected.

The researchers said this showed strong protection in both groups, but cautioned that the two percentages may not be directly comparable, as staff may have accessed testing outside the care home, leading to positive tests not being included in the study. Also, residents who tested positive for antibodies likely represented a particularly robust group, having survived the first wave of the pandemic.

“The fact that prior COVID-19 infection gives a high level of protection to care home residents is also reassuring, given past concerns that these individuals might have less robust immune responses associated with increasing age. These findings are particularly important as this vulnerable group has not been the focus of much research.”

For the study, 682 residents (with a median age of 86) and 1,429 staff in 100 care homes in England underwent antibody blood tests in June and July last year following the first wave of Covid-19. About a third tested positive for antibodies, suggesting they had previously been infected.

Researchers then analysed the results of participants’ PCR tests, starting approximately 90 days after the blood samples were taken to ensure the tests did not pick up the initial infection. PCR tests were taken once a week for staff, and once a month for residents, with further testing in the event of an outbreak. Positive test results were only included if they were more than 90 days apart to make sure that the same infection was not included more than once.

The number of staff and residents who were reinfected between October and February was very small. Based on the antibody test results, out of the 634 people who had been previously infected, reinfections occurred in only four residents and 10 members of staff. Among the 1,477 participants who had never been infected, positive PCR tests occurred in 93 residents and 111 staff.

The study excluded the impact of vaccination by removing participants from the analysis 12 days following their first vaccination dose. The authors are addressing the question of vaccine effectiveness in a separate VivaIdi study.

Senior author Dr Laura Shallcross (UCL Institute of Health Informatics) said: “This was a unique opportunity to look at the protective effect of natural infection in this cohort ahead of the roll-out of vaccination.

“An important next step is to investigate the duration of immunity following natural infection and vaccination and to assess whether this protective effect is maintained against current and emerging variants.

“We would like to thank all those staff and residents who volunteered their time and willingly gave their blood for antibody testing as well as Four Seasons Healthcare, whose collaboration with researchers made this possible.”

The research was part of the UCL-led Vivaldi study looking at Covid-19 infections in care homes. It was funded by the Department of Health and Social Care and involved researchers at the University of Birmingham, Public Health England, Palantir Technologies UK and Four Seasons Healthcare Group.