Cities “must become car-free to survive”

Cities must become fully car-free in order to be liveable in the future, according to the UCL experts behind a new modelling report looking at urban car use. 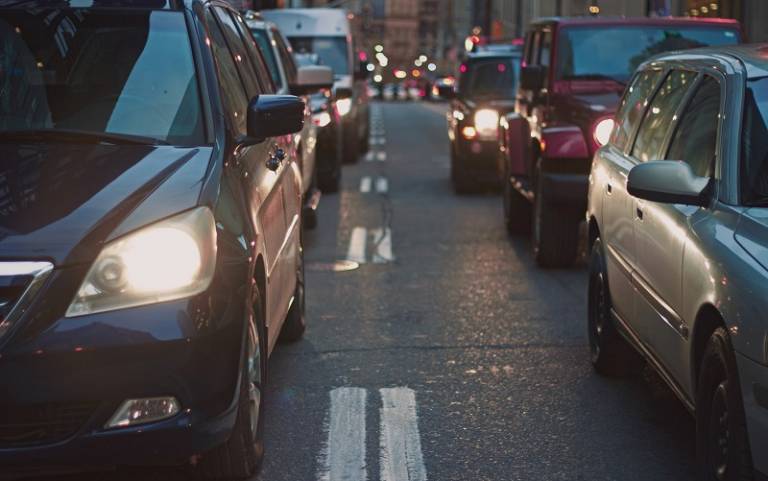 The researchers said future city planning must include a focus on reducing dependence on cars, promoting fewer and shorter trips and encouraging walking and cycling as primary modes of local transport. Public transport should be encouraged for longer journeys, the researchers argued, and cars should only be used for emergencies or special occasions.

For the paper, published in Open Science, researchers created a mathematical model of car use in a city, where residents either used a car on a daily basis or used public transport. Estimated costs were the length of time journeys take because this is the biggest factor when deciding how to travel, with the baseline for the model being driving with no traffic.

Lead author Dr Rafael Prieto Curiel (UCL Centre for Advanced Spatial Analysis) commented: “The city of the future, with millions of people, cannot be constructed around cars and their expensive infrastructure. In a few decades, we will have cities with 40 or 50 million inhabitants, and these could resemble car parks with 40 or 50 million cars. The idea that we need cars comes from a very pollutant industry and very expensive marketing.”

Using the model, the researchers found one extreme scenario for a city with 50 million inhabitants and 50 million cars, where all residents use a car on a daily basis to try to minimise their commute time. As a result, the city experiences the highest levels of congestion and requires more infrastructure such as avenues, bridges and car parks to accommodate so many cars.

In this scenario, where everyone tries to reduce their commute times by driving, they instead reach the worst-case scenario. This is where the cost (commuting time) that everyone puts on the streets by driving creates a paradox where commuting times are at the maximum.

For example, if one group of people is allowed to drive one week and must use other modes of transport the next, the average commuting time could be reduced by up to 25% with a non-selfish modal share where the number of cars on the road is reduced. This would lead to less congestion and a faster city on average.

Decreasing car use in cities depends mainly on providing citizens with more travel options, plus local shops and services. Ensuring residents understand the local costs of car use can help individuals make informed choices, while interventions such as congestion charges, tolls and driving and parking controls can further help to discourage car use.

Global car production – including electric cars – contributes 4% of total carbon dioxide emissions. Other associated costs include petrol and electricity use, the materials and infrastructure required, and congestion generated by high volumes of cars.

Some cities have implemented some of the above-mentioned interventions. London, whilst being an example of a city where public transport is highly used, has implemented congestion charging and low emission zones.

Mexico City, for example, has banned some vehicles based on their licence plate, but the policy has led to an overall increase in cars as drivers buy older, cheaper and therefore more polluting cars to get around the restrictions.

The experts conclude from the model that encouraging people to take alternative modes of transport is key is to making driving less appealing. Making public transport faster, reliable, secure and comfortable is also essential.

Report author Dr Humberto González Ramírez (Université Gustave Eiffel) said: "Currently, much of the land in cities is dedicated to cars. If our goal is to have more liveable and sustainable cities, then we must take part of this land and allocate it to alternative modes of transportation: walking, cycling and public transport.”

The mathematical model can be applied to any city. It is particularly useful when applied to cities where more than 90% of journeys are by car, such as in the US cities of Dallas, Houston and Detroit.

Promoting sustainable transport is the objective of many cities and a core part of one of the UN’s Sustainable Development Goals.

The research was supported by the PEAK Urban programme, funded by UKRI’s Global Challenge Research Fund.