The economic and environmental pros and cons of melting Arctic ice creating shorter shipping routes through the polar region are weighed up in ground-breaking research from UCL experts in energy and transport. 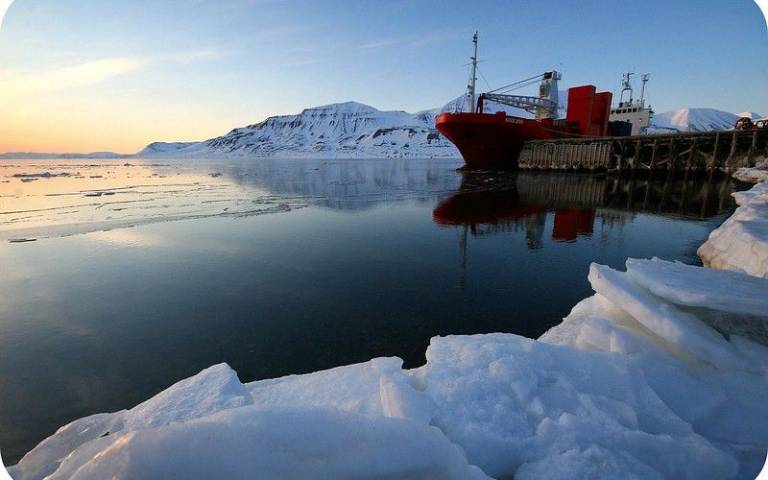 They conclude that policy makers must properly assess the environmental trade-offs and costs in addition to the commercial benefits and opportunities in Arctic shipping. The authors also want to see more incentives to drive technological developments that will accelerate the uptake of green fuels and technologies.

The Arctic is the fastest-warming region on the planet.

Shorter Arctic shipping routes, which mean less fuel used are already used by a handful of ships, when areas of the Arctic ice melt during the summer. But the period when these routes are navigable is predicted to extend with increases in global warming and, if warming fails to remain within the 1.5⁰C/2⁰C limit set out in the Paris agreement, permanent Arctic ice may be a thing of the past.

The research, published in Transportation Research Part A: Policy and Practice, looked at the financial competitiveness of Arctic shipping, considering the impact of emissions from these vessels on the environment.

They looked at two policy scenarios, one being business-as-usual, where there is no policy on emissions, and the other operating under an Arctic specific zero-emissions policy, where ships which could run using energy from renewable sources were considered.

When environmental costs are ignored, fossil fuel based residual fuel oil is cheaper than alternative fuels. However, when the environmental impacts of accelerating climate change and the adverse effects of ship emissions on human health are considered, residual fuel ships are no longer feasible because of their contribution to greenhouse gas and air pollutant emissions.

The experts conclude that, in the second scenario, green ammonia fuel cell ships are the most commercially viable and that policies which facilitate the introduction of such zero carbon fuels and zero emission technologies should be encouraged. Green ammonia is an example of a fuel that can be emissions free in both its production and use, given a green electric infrastructure.

Lead author Joseph Lambert (UCL Energy Institute) said: “Significant change is under way in the Arctic region due to global warming and from a shipping perspective we should prepare for what this means through assessing all the opportunities, risks and trade-offs that aren’t exclusively financial. These routes may become more financially competitive as global warming increases and Arctic ice retreats, but more factors must be considered. It is critical that the Arctic ice maintains its permanency - in order to stay within global warming targets and to protect the region’s ecology.”

Co-author Dr Tristan Smith (UCL Energy Institute), who supervised the research, said: “This is a novel work that shows the economic costs alongside the environmental costs for the Arctic route, as well as showing how certain technology choices, that could be incentivised through policy, could significantly reduce the environmental costs that would otherwise arise from Arctic shipping. The paper shows a clear justification for governments to intervene now to prevent a melting Arctic’s enabling of a reduction in shipping costs because of further acceleration of the degradation of this crucial ecosystem.”

The researchers say impacts that need to be explored include the effects of ecological damage, and how policy can be structured to address the environmental concerns.