A group of glass panels from Canterbury Cathedral may be the oldest existing stained glass windows in England, according to a team of scientists from UCL and cathedral conservators. 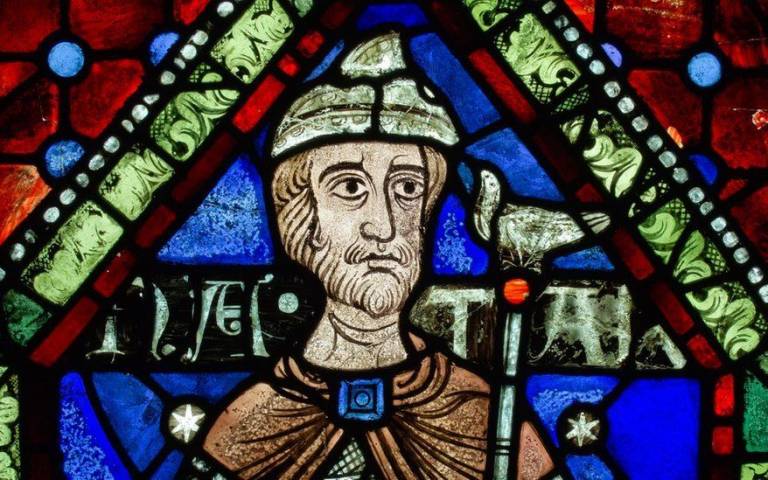 Using a new analytical approach developed at UCL, researchers discovered that a glass panel, contained within a series of windows depicting the Ancestors of Christ, was much older than originally thought, with glass dating back to the period 1130-1160 – at least 10 years before Thomas Becket’s infamous murder at the site in 1170.

And it is also believed that three other stylistically distinct windows in the cathedral may also be from the same time.

The “Ancestors Series” was created for the Cathedral beginning in the late 12th century, as part of a rebuilding programme which took place after a devastating fire in 1174. And the installation of the windows continued from the late 1170s through until 1220, periodically disrupted by political upheavals.

However, the new peer-reviewed study published in Heritage, used chemical analysis to investigate a suggestion made by art-historian Madeline Caviness in the 1980s, that four of the panels installed in the 13th century are stylistically much older.

The UCL group analysed the windows using a non-destructive method of chemical analysis known as portable x-ray fluorescence (PXRF), using an approach developed for the purpose by Dr Laura Ware Adlington, who was then a PhD student at the UCL Institute of Archaeology.

The study involved the first use of a specially-designed attachment for the spectrometer, a window analyser or ‘windolyser’, which was 3D-printed at the UCL Institute of Making. This enabled accurate non-destructive analysis of the glass, without the need to remove physical samples from the windows.

The results showed that the glass of one of the four stylistically distinct windows, depicting the prophet Nathan, was made using earlier glass than other 13th century windows – supporting Caviness’ hypothesis.

Furthermore, the results suggest that they had been present in the choir of the earlier building and survived the fire, when they were stored for future use and later adapted for the clerestory of the new building.

The team have also carried out similar studies at York Minster on disassembled panels, which allowed the researchers to develop the approach for in situ windows with the support and collaboration of the York Glaziers Trust conservators. That research included the identification of the work of different craftsmen involved in creating the Great East Window, and is in preparation for publication.

Lead author, Dr Laura Ware Adlington, said: “The inaccessibility of medieval stained glass, embedded in the walls of our cathedrals and churches, has limited our ability to learn more about them using scientific analysis.

“The potential of this in situ methodology using x-ray fluorescence to study medieval windows is very exciting.

“In our research, we found a change in the type of glass used in the Cathedral, which occurred in the late 1100s or possibly very early 1200s.

“We then identified the glass used to glaze Nathan as the earlier type even though he was installed in the clerestory around 1213-1220 (after the change in glass supply), lending support to Professor Caviness' hypothesis.”

Dr Ware Adlington added: “Indeed, the agreement between her art-historical analysis and the chemical analysis was rather remarkable - down to details such as Nathan's hat, which she identified as an early 13th-century addition, and the scientific data confirmed was made with the later glass type found at Canterbury.“These findings will make us all – from art historians and scientists to members of the public visiting the Cathedral – look at the Canterbury stained glass in a whole new light.”

Co-author and Director of the Stained Glass studio at Canterbury, Léonie Seliger, said: “The technique of stained glass window production had a long development, beginning in about the eighth century, but the earliest existing stained glass windows in Europe are believed to date to the 1130s.

“This study suggests that some of the Canterbury Ancestors may also date to this very early period. It also provides clues about the iconography of the early 12th century church at Canterbury, including the “glorious choir” – as the 12th century historian Gervase called it – that was familiar to Thomas Becket, and was destroyed by fire only four years after his murder in the cathedral.”

Co- author Professor Ian Freestone, a Professor of Archaeological Materials and Technologies at the UCL Institute of Archaeology, said: “A non-destructive technique is required to analyse windows, as we can’t remove samples, but many of us have in the past been sceptical about the quality of the data.

“The results on Nathan are exciting not only for the information they provide about this important window but also because they show we have a methodology which works, and which will allow us to learn a lot more.”

Cllr Barbara Flack, Canterbury City Council's Lead Councillor for Tourism and Economic Development, said: "On arriving in Canterbury, it won't take you long to realise a real insight into this country's heritage, history and culture is around every corner - the city is home to three UNESCO World Heritage Sites after all.

"Even so, thanks to the passion of the experts at UCL and the Cathedral itself, the city and its unique buildings still have the ability to surprise and offer up new revelations.

"For centuries, Canterbury has opened its arms to pilgrims and visitors from all walks of life and today is no different.

"We're intensely proud to have yet one more reason to persuade people to visit our gorgeous city and show off what it has to offer."