Only 1 in 4 people believe UK will 'build back better'

Only a quarter of the UK public are confident that 'build back better' can be delivered after the pandemic, according to new findings published today by UCL researchers. 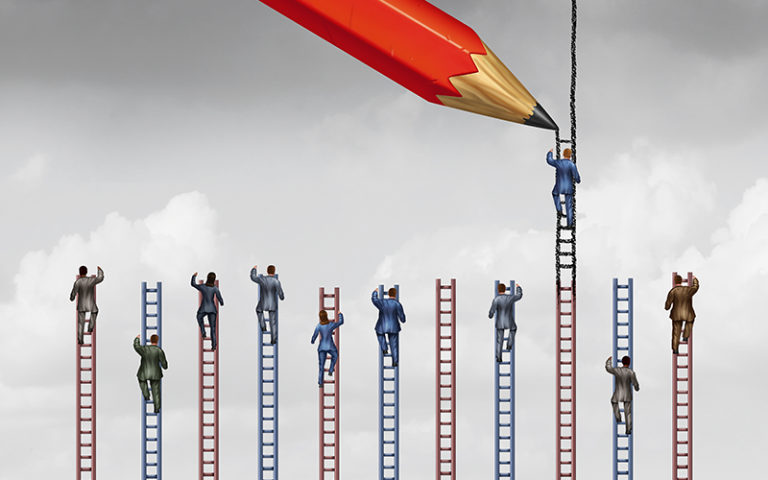 The insights come from analysis of the results of a UCL-commissioned YouGov survey to test responses to the 'build back better' concept, favoured by politicians on both sides of the Atlantic to talk about addressing inequalities exposed and exacerbated by Covid-19.

While the findings show that the public feel the concept is of great importance and they predominantly support prioritising investment in the NHS, analysis also shows that views are highly divergent across different population groups.

Over 6,900 people across the UK responded to questions focusing on attitudes towards rebuilding after the pandemic, areas of priority for investment and levels of confidence that ‘building back better’ can be achieved.

The researchers explored how public attitudes differed by UK region, gender, ethnicity (categorised as White or Black, Asian and minority ethnic (BAME)), age (categorised as 18-24, 25-49, 50-64, 65+), and other equalities characteristics, with data weighted to match the UK population. This enabled the researchers to take an intersectional approach to their analysis, exploring how ethnicity, gender, age and other characteristics interconnect and influence opinions.

However, the findings also highlight that attitudes vary by age and gender, with a greater proportion of older age groups reporting that it is ‘personally important’ to them than younger age groups; 57% of those aged 65 or over answered that it was either ‘very important’ or ‘fairly important’, compared with 49% of 18–24-year-olds. Likewise, women rated ‘building back better’ as important by 8 percentage points more compared to men (57% women vs 49% men).

Study lead, Professor Ann Phoenix (UCL Institute of Education), said: “Our findings show the importance of taking an intersectional approach to understanding how people feel about a post-pandemic world and of listening to what different groups in the population have to say.

“Moving forward, we want to see improved cross-cutting analysis by equalities characteristics in debates regarding recovery from the pandemic to fully understand the breadth of the public’s perceptions of inequality and renewal, and their aspirations around ‘building back’.”

Overall, the researchers found that confidence that a better post-pandemic UK can be delivered was low, with only a quarter of respondents either ‘very confident’ or ‘fairly confident’ (25%). Women were more likely to be confident than men (26% compared with 23%).

Study co-lead, Siobhan Morris (UCL Grand Challenge of Justice & Equality), said: “Covid-19 has shone a very clear light on – and frequently exacerbated - the stark structural inequalities embedded in UK society. Rhetoric here and across the world has focused on an opportunity to establish a programme for renewal centred on ‘building back better’ after the pandemic.

“However, there has been little detailed interrogation of public perceptions of what exactly is meant by the term, what areas should be prioritised within this agenda, and if or how opinions and ideas differ by intersecting equalities characteristics. Our analysis highlights that much more needs to be done to understand public opinions and include in recovery plans.”

When asked to select areas for priority investment, the NHS was revealed as the biggest priority area for all groups in the survey – with rates highest amongst respondents from Northern Ireland at 49% and BAME women aged 65 years+ at 67%. 14% ranked 'tackling inequalities' as one of their top two priorities for investment.

Both national and local government were seen as holding close to equal responsibility for ‘building back better’ (73% and 69% respectively) with figures rising and narrowing slightly when asked who should hold responsibility (75% and 72%). This was the case across all population groups and across every region of the UK.

However, the findings reveal regional differences in engagement with the phrase ‘build back better’, with 72% of respondents in Wales reporting they had never heard of the phrase or had heard the phrase but knew very little about it. Analysing through gender and age lenses also revealed significantly differing levels of awareness with the phrase – not a single female respondent aged between 18 and 24 years of age said they ‘had heard this phrase and know a lot about it’.

Chair of the new Structural Inequalities Alliance, a diverse group of organisations joining forces to tackle inequalities in the UK, Dr Wanda Wyporska (Executive Director of The Equality Trust), said: “The polling shows an appetite for change for the better and that people hold local and national government responsible for improving society. There is a growing consensus across business, the public sector and amongst campaigners that structural inequality is real and growing. We are at a pivotal moment when we can create the more equal society that people want and need.”