Opinion: England’s Covid-19 desperation could be your future - how do we do better?

Professor Christina Pagel (UCL Mathematics) discusses how England has failed to contain the spread of Covid-19, detailing four measures to bring the virus back under control. 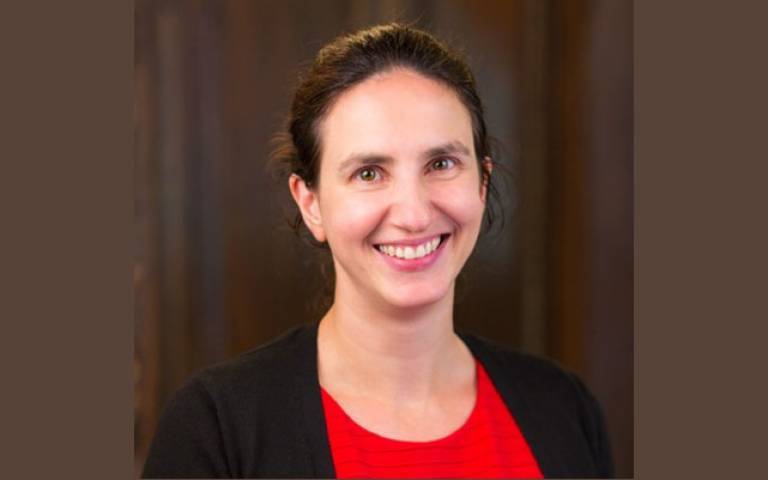 In mid-July, British Prime Minister Boris Johnson promised the country a “significant return to normality” by Christmas. But two weeks after Christmas, that is a far cry from reality, as England enters its third national lockdown in an attempt to contain the rapid spread of Covid-19.

This week, England admitted the highest number of people with Covid-19 to hospitals since the start of the pandemic. Surgeries are being cancelled, ambulances are waiting for hours outside hospitals because there are no beds, and health-care staff are exhausted and traumatized. Oxygen infrastructure is already being stressed, as it is in California. Cases keep rising relentlessly, with an overwhelmed National Health Service possible within days.

The new variant found in the U.K. has now been identified in the United States, Denmark, France, Spain, Canada and many other countries. What we are going through might be your future. How did we end up in this desperate situation? And how do we get out?

In September, cases started rising rapidly in England. On Sept. 21, the government’s scientific advisory committee recommended an immediate short lockdown. Instead, authorities spent six weeks tinkering with regional restrictions of differing severity. We entered our second national lockdown in November, with schools and universities remaining open. Cases, hospital admissions and deaths all fell in the second half of November. Yet by early December, cases were rapidly rising in the southeast corner of England and neighbouring London, among the least affected English regions in October.

By Dec. 18, the Covid-19 Genomics UK Consortium had identified a new variant of the coronavirus that has since proved to be 40 percent to 70 percent more infectious. On Dec. 22, scientific advisers once again urged immediate restrictions to control its spread, including keeping schools and universities shut in January. But much of England was allowed to mix with up to three households on Christmas Day, and schools for students under 11 were urged to open this week. After schools had been open for just one day, Johnson announced the third lockdown. He has also announced a plan to give nearly 14 million people — people over 70 years old and front-line clinical workers — their first dose of vaccine by mid-February, an exercise that requires us to increase current vaccination rates tenfold.

The hope is that these measures will slow the spread of cases, buying us time to vaccinate the most vulnerable. During the first lockdown in March, cases reduced by a factor of 10. Will it work this time?

The new lockdown should be enough to slow growth, but given the higher infectiousness of the new variant, it is very possible this will be not be enough to actually drive new cases down. Even if cases level off, we cannot cope with such sustained high numbers of people requiring hospital care. For this lockdown to be effective, England must combine severe restrictions and existing behavioral changes — such as social distancing, avoiding indoor spaces, mask-wearing and frequent hand-washing — with the following measures.

First, authorities must help ensure people and workspaces are safe. Isolating new cases and their contacts through effective contact tracing is crucial. General shelter-at-home orders and closed schools are blunt measures that prevent more people from mixing, but essential workers don’t have the option to stay at home and suffered higher mortality rates in the first wave. Many are low-income workers who cannot afford to isolate if they develop symptoms or are a contact, and live in overcrowded housing where it is easy to infect others. Many live in multigenerational housing, where they can infect older, more vulnerable people who are more likely to need hospital. Many work in crowded, poorly ventilated spaces and are not empowered to demand better working conditions. Paying essential workers to isolate for 10 days and offering accommodations where needed would be an immediate and effective strategy to reduce transmission. Requiring and supporting employers to provide safer work spaces would also reduce infection.

Second, it’s time to implement stricter border controls. Unlike many other countries, you do not need a negative coronavirus test to enter the U.K. We ask people to quarantine, but this is not enforced nor monitored. An enforced 14-day quarantine — which countries such as New Zealand and Australia have instituted successfully — would protect us from the spread of other variants such as the dangerous strain detected in South Africa.

Third, we must ramp up vaccination to the whole population as quickly as possible. Current vaccines prevent people getting ill from Covid-19, but not necessarily against getting infected, meaning they can still transmit to others. Unless we vaccinate everyone, there will continue to be outbreaks.

Finally, we are not safe until everyone is safe. Even if we vaccinate our entire population, as long as Covid-19 has the opportunity to spread and evolve elsewhere, we risk new strains emerging and restarting pandemics. If we want to avoid a repeat in 2023 or 2024, we need to support low- and middle-income countries in their vaccination programs. The pandemic is a global problem — and requires a global solution.

This article originally appeared in The Washington Post on 7 January 2021.