How we learn about our world may be more important for how we feel than the rewards we actually receive, according to a new study led by UCL researchers. 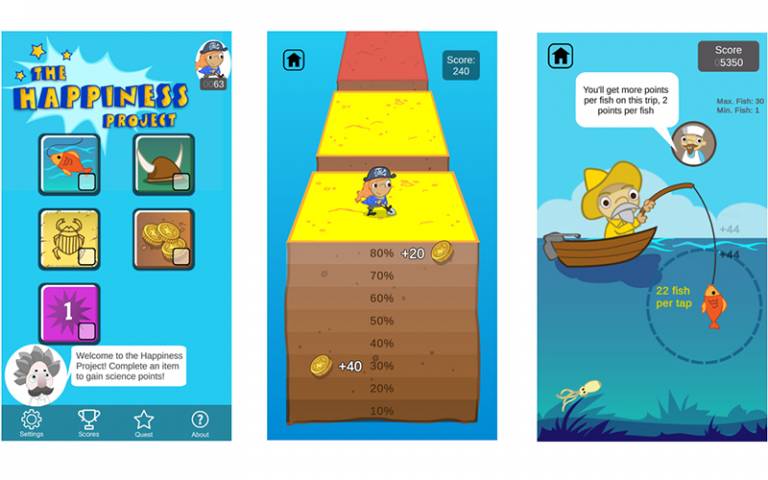 The study, published in eLife, shows how learning could help to boost happiness.

Co-author Dr Robb Rutledge (honorary researcher at the Wellcome Centre for Human Neuroimaging, UCL Queen Square Institute of Neurology, who completed the study at UCL before moving to Yale University) said: “Many people think they would be happier if they had more money. However, we previously developed an equation for happiness showing that happiness depends not on how much reward you get, but whether you are doing better than expected.”

This difference between an expected and an actual reward is called a reward prediction error, and it plays a key role in learning. Unexpected rewards motivate people to repeat the actions that got them the reward. Prediction errors enable people to update their beliefs about the world, which might be rewarding in itself.

For their latest study, Dr Rutledge and UCL colleague Dr Bastien Blain conducted two experiments with human volunteers, where they had to pick which car would win a race. If their chosen car won, they got a reward. They knew what the potential prize was before they decided which car to bet on, but they could only learn from experience which car was more likely to win the race.

In one scenario, one of the cars was consistently more likely to win, so the participants could learn after a few ‘races’ that they should pick that car to win, and increase their chance of winning. They should only bet on the slower car when the prize was really large. The other scenario was more volatile, as which car was best would change up unexpectedly every so often.

The researchers found that reward size did not impact happiness; rather, participants were happier when they were able to learn which car was better, even when the reward size was low. Being in an environment that changes a lot reduced their overall happiness, particularly among people with depressive symptoms.

Dr Blain said: “We found that happiness depends on learning, but surprisingly, it doesn't depend on reward. Whether study participants got small or large rewards didn't matter for their happiness.”

“Our research suggests that how we learn can be more important for how we feel than the rewards we receive. In uncertain environments, happiness relates not to money but to something more like growth.”

Dr Rutledge and his colleagues are continuing their investigations into happiness with a new app launching this week called The Happiness Project, enabling people to play games to help scientists understand happiness. The citizen science project will enable them to see how factors like risk, learning, effort, and control relate to happiness.

Dr Rutledge said: “We all want to know what determines happiness. In our games, we ask people how they feel as they make decisions and learn about different situations. Playing these games will help us write the equations for happiness.”

The eLife study was supported by the Medical Research Council, the Brain and Behavior Research Foundation, NIMH, the Max Planck Society, and Wellcome.