COVID-19: Mortality risk increases by 20% when ICUs are full

Patients admitted to very full hospitals have an increased chance of dying which is equivalent to being up to 11 years older, according to a new study co-led by UCL researchers. 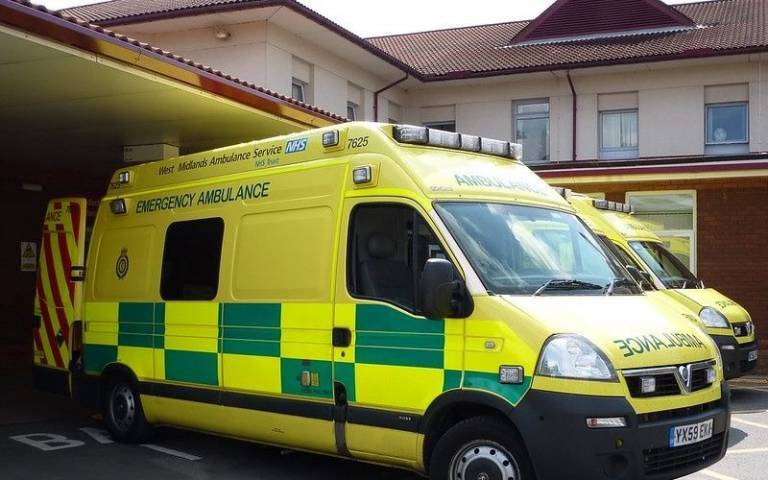 The study, published as a pre-print* on MedRxiv, analysed data from 4032 patients with COVID-19 who were admitted to Intensive Care Units (ICU) with presumed or confirmed Covid-19 in the first lockdown.

Researchers studied patient ICU outcomes from 2 April to 1 June, 2020, and assessed the impact of availability of beds with access to mechanical ventilators, as this is crucial indicator of hospital strain during the pandemic.**

The findings show that when ICU reached 85% capacity (the rate at which a medical emergency is declared), 38.4% (1,548) of patients admitted to an ICU died and the probability of dying was 19% higher. When ICU capacity was lower than 45%, mortality risk decreased by 25%.

Corresponding author, Dr Bilal Mateen, (UCL Institute of Health Informatics), said: “To put into context as to why these results are so important - at the end of 2020, 37 of 123 recorded NHS trusts were experiencing over 85% ICU bed occupancy; 11 of these were completely full and the situation has only got more extreme.

“Our results show the association between risk of death and bed occupancy is linear and as occupancy increases the worse patients’ outcomes become. In the worst case scenario (when mechanical ventilator ICU occupancy goes from zero to 100%) a patients’ risk of death nearly doubles, which suggests that every % counts and hospital strain must be reduced.”

The authors say the strengths of this study are the access to nationally representative patient-level data with near-perfect capture of admissions to enable robust modelling. However they note a lack of physiological data has limited their ability to adjust for differences in severity upon admission.

First author, PhD researcher Harrison Wilde (University of Warwick), said: “Previous data has shown higher occupancy levels in intensive care are associated with a higher mortality risk. However, what is unique about this study is that we’ve been able to put a number on the increased risk to patients for the first time in the context of surge capacity. For example, if a 40 year-old person is admitted to a full hospital, they effectively have the increased health risk of a 51 year-old.

“Unfortunately the association between occupancy and mortality risk is much larger than we ever suspected and with more people than ever being admitted to full hospitals we need to act with more urgency.”

Co-author, Professor Christina Pagel, (UCL Maths and Physical Sciences) added: "We are often warned about the NHS being overwhelmed and we know that frontline staff, particularly those working in intensive care units, are being stretched and under a lot of stress. This paper highlights for the first time that putting such strain on ICUs during pandemic peaks does, sadly, mean that that chances of someone dying in intensive care are higher.

“Our work underlines the urgency of both vaccinating vulnerable groups as soon as possible and reducing Covid transmission in the community to relieve pressure on intensive care – both in England which is currently experiencing an awful second wave and in many other countries where cases and hospital admissions are rising steeply.”