Analysis: We have entered a dangerous new phase of the pandemic

Professor Andrew Hayward (UCL Epidemiology & Health) explains why the new, more infectious, strain of Covid-19 is a cause for concern and suggests what must be done to reduce transmission of the disease. 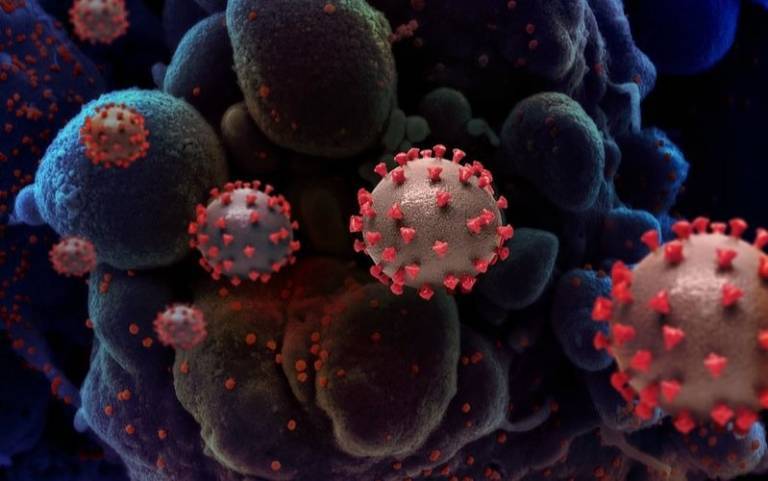 On the last day of 2019 the World Health Organization (WHO) received the first reports of an unusual cluster of pneumonia cases in Wuhan, China. Since then the causative agent, SARS-CoV-2 has gone on to kill more than 1.8 million people worldwide. As 2020 drew to a close, a new strain of Covid-19 was reported to WHO by the chief medical officer of England.

The high replication rate of viruses provides myriad opportunities for mutations. The vast majority of these provide no selective advantage, leading the mutated strain to die out or remain at low levels. The UK has invested in the world’s largest SARS-CoV-2 sequencing programme, routinely sequencing around 5-10% of all samples nationally. The country is therefore in an unprecedented position to identify new mutations early and to monitor their emergence. Why then is the inauspiciously named B.1.1.7 variant, recently designated, Variant of Concern 202012/01 (VOC 202012/01), of such high national and potentially global importance?

At the time of writing, the UK ranks 7th in the world in terms of the cumulative mortality rate for Covid-19 per million population and 2nd in the world for deaths per million in the last week. Covid-19 has been reported on the death certificate of 80,000 people over the first and second wave of the pandemic. To put this into context, despite being only at the start of winter, this is equivalent to around four years of influenza deaths and around half the annual number of deaths caused by cancer. In the week beginning 12 December 2020 there were an estimated 645,800 people infected with Covid-19 infection in England equating to around 1 in 85 people—rising to 1 in 39 people in London. By the week beginning 27 December this had risen to 1.122,000 equating to 1 in 50 people and around 1 in 30 in London. These very high levels of infection and disease have been despite three national lockdowns, with the third one starting on the 4 January and still ongoing. Without these intensive controls it is estimated that, with continued exponential growth, deaths in England would have been counted in the hundreds rather than tens of thousands. The second national lockdown was significantly less restrictive than the first with schools, universities, and many more shops and businesses remaining open, but was nevertheless sufficient to bring about a sustained reduction in cases across the country.  It was therefore surprising when an area in Kent in the South of England was seen to have rising numbers of cases during the second lockdown. Prompt investigation of this phenomenon by Public Health England (PHE), supported with genomic data, identified large numbers with the variant B.1.1.7.

This variant is highly phylogenetically distinct from other strains and carries 17 mutations many of which were on the spike protein. One of these mutations (N501Y) in the receptor binding domain has been shown to enhance binding affinity to human ACE2 potentially leading to increased infectivity. The variant was first identified from a sample taken at the end of September. Given the large number of mutations it is thought likely that this may have arisen through within-host mutations potentially in an immunocompromised host, but the source remains unknown. Initially, the variant was only detectable through sequencing. PHE delivered a report to the New and Emerging Respiratory Virus Threats Advisory Group (NERV-TAG) describing the rapid emergence of this variant on 10 December 2020 which was discussed at a meeting on 11 December 2020. Sequencing had identified 962 cases including six deaths across South East England, North East London, and the East of England. Nervtag confirmed this was of concern and that further urgent investigations and action were needed. Further information was reviewed on the 18 December by which time data had emerged that the new strain could now be reliably identified in the UK through routine PCR data using s gene target failure as a marker (SGTF).  A range of independent analyses based on phylogenetic analyses and comparative growth rates of the B.1.1.7 variant or the SGTF showed a marked increase in growth rate compared to other strains. Based on these analyses Nervtag concluded, with high certainty, that the variant was substantially more transmissible than that of previous circulating strains.

The research also showed a slight shift in infection rates towards children compared to previous strains. Additional research by PHE based on analysis of Test and Trace data showed that 15% of contacts of cases of the new variant were subsequently identified with Covid-19 compared to 10% of those with other strains. A matched cohort study comparing those with the VOC identified through sequencing and other strains showed no evidence of alteration in case hospitalisation or 28 day fatality rates. Power to assess this was limited by low numbers of outcomes in sequenced isolates. There was also no evidence of any increase in possible reinfection rates, but power to assess this was limited.

Licensed Covid-19 vaccines induce an immune response that protects hosts by targeting multiple virus epitopes simultaneously, thereby generating redundant and evolutionarily-robust protection. For this reason, and the fact that there was limited selective pressure from vaccination at the time of viral emergence, it is unlikely that the mutations in the VOC would lead to an important drop in vaccine effectiveness, but research is needed to assess whether post vaccine sera neutralise the VOC. The rapid emergence of the new strain has coincided with dramatic increases in case numbers and hospitalisations particularly in London and the South East. Of particular concern is the fact that the VOC was increasing exponentially in affected areas during the November lockdown. The variant has since been described at low levels in many countries around the world, but due to low sequencing capacity in many countries the extent of transmission outside the UK is unknown.

Taken together these findings show that following initial emergence in late September the VOC has increased rapidly to become the dominant strain in England due to its marked increase in infectivity. The virus is also seeded in many countries around the world. Although there is no evidence that the new strain increases severity, an increase in transmission rates of 50% is of far greater significance than an increase in severity of a similar magnitude would be. This is due to the exponential growth rates associated with higher transmissibility. The emergence also shows the propensity of Covid-19 to evolve in ways that can make control substantially more difficult, meaning that we need to revise our estimates of potential future cases and associated deaths and substantially intensify control measures.

The first model to assess the likely future impact of the VOC, estimated a 56% increase in transmissibility of the VOC, and projected a spring peak in Covid-19 with over 100,000 Covid-19 deaths in England between 15 December 2020 and the 30 June 2021, substantially more than during the first wave of the pandemic. These estimates were even given the presence of national tier 4 restrictions and school closure. The model suggested that it may not be possible to keep the R below 1 if schools remained open. Keeping schools open was projected to increase overall deaths by 5000 across England, although there was a high degree of uncertainty behind predictions and the predictions did not take account of planned mass testing programmes in schools. The vaccination of 200,000 high risk individuals per week was projected to reduce this to 83,300 deaths and vaccination at the rate of 2 million per week would reduce this to 35,700 deaths.

On the evening of the 4 January 2021 the UK prime minister announced a third national lockdown which included closing of schools for face to face teaching for most students and instructions for the entire population not to leave home except for essential purposes.

Projections from the first wave of the pandemic show the critical importance of timing of lockdown measures on the size of the epidemic and number of deaths. This suggests that if the first lockdown had been implemented one week earlier in England than it was, the death toll from the first wave could have been reduced from 36,7000 to 15,700.  If it had been implemented a week later, deaths could have increased to 102,000. The models also show that initiating a lockdown to interrupt the exponential growth phase of an epidemic has a much greater impact on reducing total mortality than extending an existing lockdown. We know from the first wave of the pandemic that there were major disparities with rates of infection highest in nursing homes, the poorest communities, and in non-white ethnic groups. As we enter a dangerous new phase of the pandemic, with vaccine shortages set to last for months, and the NHS coming under unprecedented pressures, it is essential that we learn the lessons from earlier in the pandemic. We must take decisive, urgent, national action to prevent spread and minimise inequalities, combined with strong fiscal measures to protect businesses and livelihoods, while we protect the most vulnerable through vaccination.

During the first lockdown pronounced inequalities emerged in the social distribution of disease and mortality with highest levels in poorer communities and ethnic minority groups.  Much of this may have been driven by high infection levels in key workers and low paid workers who are overrepresented in these populations and needed to continue to work outside the home, combined with household overcrowding. In the current lockdown, as we seek to suppress disease and vaccinate the vulnerable as fast as possible, we need to pay attention to reducing transmission in key worker groups who cannot work from home. Extensive regular testing, that is already used in health and social care workers, could be extended to these workforces to reduce workplace transmission, combined with measures to ensure they are not financially disadvantaged if they need to self-isolate as a result of testing.

This article originally appeared in BMJ on 15 January 2021.