Analysis: Five economic effects from the Democratic sweep in Washington

Dr Michael Plouffe and Dr Thomas Gift (both UCL Political Science) outline five of the economic impacts that Joe Biden’s electoral sweep will have on the US economic policy. 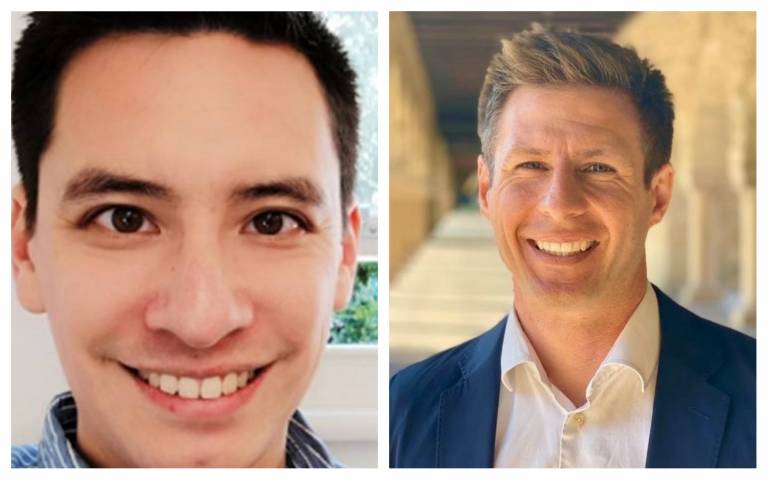 Joe Biden will inherit among the most challenging political and economic environments of any US president. With America reeling from the storming of the Capitol by pro-Trump insurrectionists, not to mention a raging pandemic, President Biden must heal partisan wounds and put the world’s largest economy back on track.

For the first time in a decade, a Democrat president has both congressional houses on his side – albeit with slim majorities. So what will Biden’s economic agenda entail at home and abroad? Below are five key themes.

More stimulus is almost certain. Congressional Democrats, urged on by President Trump, pushed for US$2,000 cheques for each American in December’s stimulus bill, only to be blocked by Republicans.

The size of the next stimulus cheques remains unclear – figures between US$1,400 and US$2,000 are being floated. Expect extended protections for renters and support for small-business owners and self-employed workers. Greater aid to state and local governments might also be on the table.

Promises by Biden to “follow the science” and calls for all US citizens to wear masks during his first 100 days in office should help slow the spread of new, highly contagious variants of the virus. Trump labelled Operation Warp Speed a “monumental achievement”, but vaccine distribution has been clumsy. Biden has pledged to accelerate vaccine distribution, but this will probably hit roadblocks, both around transportation and end-user delivery. Unlike Trump, Biden wants to distribute all vaccine doses immediately, rather than keep second doses in reserve.

Additional stimulus should mitigate some of the effects the pandemic has had on inequality, while an effective approach to public health and extensive vaccine roll-out should encourage an eventual return to economic growth.

The American Society of Civil Engineers recently graded US infrastructure a D minus. Biden has pledged to invest US$2 trillion in roads, bridges, transit, housing, broadband, clean energy and other initiatives. He is pitching infrastructure as vital to boost US global competitiveness, increase national employment and curb climate change.

Infrastructure is often heralded as a rare policy issue where bipartisan compromise is feasible. Yet Trump’s 2017 proposal to generate roughly US$1 trillion in investments faltered amid opposition.

Sweeping climate provisions pushed by progressives may now limit support for Biden’s infrastructure agenda, since most opposition to infrastructure spending and climate-related measures comes from Republicans. A Democrat-controlled Congress may renew hopes for action, however, including rolling a pared-down set of infrastructure measures into a new stimulus.

Although infrastructure spending would fuel future economic growth and provide jobs in the short term, it would also increase government debt, which has risen during the pandemic from 106% to 136% of GDP.

In 2019, the Department of Justice launched an antitrust investigation into some of Silicon Valley’s most successful corporations. The first fruits recently emerged as cases were filed against Facebook and Google.

Regulation of big tech has been notably lax for several decades, even as questions arose about whether the firms’ spread into seemingly disparate operating arenas was in consumers’ interests. There’s now bipartisan appetite in Congress for tougher antitrust legislation and enforcement, and in some cases, break-ups.

Biden views break-ups as “something we should take a really hard look at”, but has also sounded notes of caution. His incoming administration has numerous ties to Silicon Valley. Even if break-ups don’t occur, expect more active regulatory oversight — from takeover activities to data privacy — as well as greater transparency over the algorithms employed to both collect and disseminate information.

Regulatory reform in the tech sector will create some uncertainty among tech firms, especially if common monetisation practices for personal data become unworkable. However, reducing big tech’s grip on innovation and market share would likely increase consumer choice in the longer term.

In 2011, Biden said that “a rising China is a positive, positive development” for America and the world. Today, his rhetoric has done a 180-degree turn to become much more wary. But compared to Trump’s gloves-off approach, Biden’s task will be to evolve the current stalemate so that it’s not “lose-lose”.

Observers of all political stripes view Trump’s trade war with China as an unmitigated economic disaster. Not only did he fail to achieve major concessions, the trade war slowed US economic growth.

Biden has said he will not immediately remove tariffs, but some forecasters expect them to be dialled back eventually. The new president will surely take a more diplomatic approach that engages more US allies in the region and expands the dialogue with China beyond trade to rules on investment and intellectual property and human rights.

The short-term use of existing tariffs as a bargaining chip will extend the trade war’s negative impact on the US economy, but a mutually beneficial outcome to negotiations would be a welcome, if admittedly unlikely, development.

5. Relations with the UK and Europe

Many Democrats would like to see the US both harmonise trade relations with the EU and reinforce the “special relationship” with the UK, but don’t expect Biden to broker a bevy of new economic alliances abroad.

Unfortunately for the UK, which has increasingly looked across the Atlantic in the wake of Brexit, Biden has pledged that he “won’t enter into any new trade agreements until … [the US has] made major investments here at home”. Biden is hardly an economic isolationist, but he does tout a more moderate stance toward free trade than Democratic predecessors Obama and Clinton, apparently hoping it might mute anti-globalist opposition.

Biden has also promised to re-engage with European allies and to take a more collaborative tone than Trump. Gaining allies in American efforts to reform the World Trade Organization will be one of Biden’s first crucial tests on this front, with considerable bipartisan agreement in Washington over issues like the lengthy dispute settlement process and “judicial overreach”.

Whether Biden can get the EU to cooperate should offer an indication of how successful his international coalition-building might be.

This article originally appeared in The Conversation on 12 January 2020.