Wider restrictions must remain in place if schools reopen in March in order to keep the epidemic’s R number below 1 in the UK, a new UCL-led modelling study suggests. 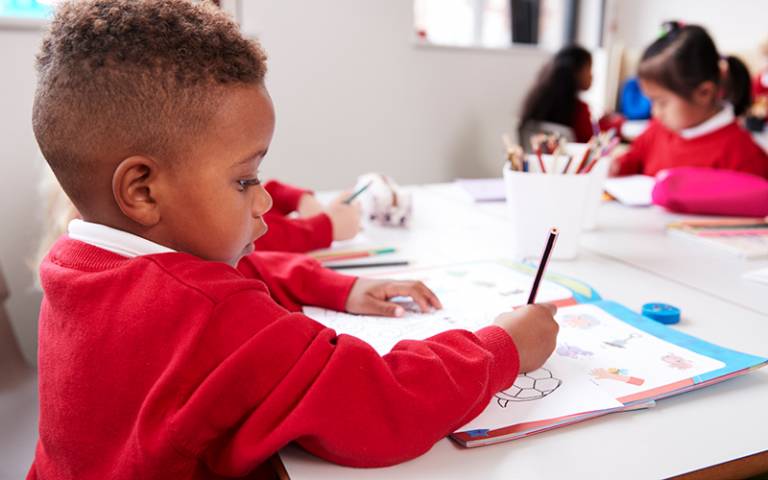 The pre-print study, published on the site medRxiv, suggested that reopening schools to all pupils in some form on March 8 may lead to an increase in cases but that, if a broader lockdown remained, it was unlikely to cause the R rate to go above 1 and lead to the epidemic growing again.

The research team, co-led by UCL/Oxford University and the London School of Hygiene and Tropical Medicine (LSHTM), used a mathematical model developed by the Institute for Disease Modeling, Covasim, to assess the impact of various scenarios of schools reopening on March 8 on the spread of the SARS-CoV-2 virus, including the “Kent variant”, B.1.1.7. The model also accounted for a continued roll-out of vaccines.

They found that opening schools in a staggered fashion was likely to lead to a smaller increase in cases. Reopening only primary schools and exam-critical year groups in secondary school – Year 11 and Year 13 – would lead to the smallest increase, the researchers found. Reopening primary schools fully, but with secondary schools operating on a two-weeks-on, two-weeks-off rota system would also lead to a smaller increase than fully opening all schools at the same time.

Lead author Dr Jasmina Panovska-Griffiths (UCL and The Queen’s College, Oxford University) said: “Our findings suggest that reopening schools on March 8, while keeping the rest of society locked down, is a plausible alternative to continued full national lockdown and is likely to prevent the epidemic from growing again.

“Opening secondary schools appears to result in higher infection levels than opening primaries so additional strategies may be needed to mitigate this. These could include staggered re-openings as well as expansion of mass-testing at schools, and vaccination of teachers.”

The study’s modelling suggested that, if the wider lockdown were lifted on April 19, new infections would increase sharply and the R number would go above 1. However, the researchers said that a rapid vaccination programme could potentially prevent this, depending on the transmission-blocking properties of the vaccines.

The researchers found that if a full national lockdown were to continue throughout March and April, the R number – the number each person with Covid-19 infects on average - might stay at 0.8.

As with any computer modelling, the study made assumptions when simulating the epidemic. It modelled the spread of the Kent variant, B.1.17, but did not include other strains that may be in circulation in the UK. Its simulations did not include regional variation, but assumed the virus spread uniformly. These factors could lead to the number of new infections being underestimated.

Senior co-author Professor Russell Viner (UCL Great Ormond Street Institute of Child Health) said: “The closure of schools not only harms learning – it can also hamper young people’s development and can damage their mental and physical health. The UK Government has emphasised that schools should be the first area of society to fully reopen. It is therefore critical to establish how different scenarios of reopening schools might affect infection rate and deaths.”

Senior co-author Professor Chris Bonell, of LSHTM, said: “We estimate that an approach whereby primary school students and those in the exam-critical years 11 and 13 return on March 8th and other students return later would result in the least increase in both infections and R.  This may be the approach which best balances the risk of increased transmission and the benefits from children getting back to school.”

The study’s simulations suggested that, by the start of March, a full national lockdown would have pushed the number of new infections down to a similar level to October, when new daily cases largely stayed under 20,000.

The international research team included scientists from the Institute for Disease Modeling at the Bill & Melinda Gates Foundation and University of Copenhagen.