Two UCL academics are now part of the Adaptation Committee of the Climate Change Committee, providing governments with independent, expert advice on preparing for and adapting to climate change. 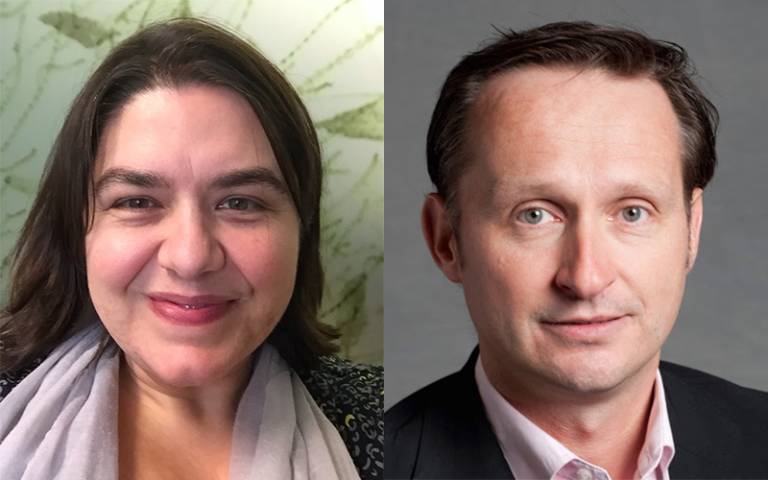 Professor Kate Jones (UCL Biosciences) has been newly appointed as an expert adviser for a year, while Professor Michael Davies (UCL Bartlett School of Environment, Energy & Resources) has been re-appointed to the committee for a further three years after joining in 2018.

The Adaptation Committee, an advisory Non-Departmental Public Body created under the Climate Change Act (2008), advises the Government on how the UK can prepare for the changing climate to limit the risks to people and businesses across the UK.

Davies is Professor of Building Physics and Environment at the UCL Institute for Environmental Design & Engineering. His research interests relate to the complex relationship between the built environment and human wellbeing. He is also Director of the Complex Built Environment Systems Group at UCL and a member of the Scientific Advisory Committee of ‘Healthy Polis’ – the International Consortium for Urban Environmental Health & Sustainability.

Jones is Professor of Ecology and Biodiversity in UCL’s Department of Genetics, Evolution & Environment. She is a world-leading ecologist whose work focuses on crossing disciplinary boundaries to address critical global challenges, especially at the interface of ecological and human health. She has made key advances in monitoring the status and trends in biodiversity and particularly in modelling and forecasting zoonotic disease outbreaks in humans (Ebola, SARS), breaking down traditional barriers between ecology, climate change and public health to inform global policy.

Professor Jones is one of the academic leads for UCL’s biggest expansion in its history: UCL East, UCL’s new cross-disciplinary campus in The Queen Elizabeth Olympic Park opening in 2022, where she will be directing the Nature-Smart Centre – an environmental solutions hub focused on the links between human and planetary health.

The Climate Change Committee say their Adaptation Committee’s work will be key this year, with the upcoming COP26 climate summit and the crucial launch of the next independent Climate Change Risk Assessment Evidence Report which synthesises the work of more than 130 organisations and over 450 people to inform the UK Government’s third CCRA.

Professor Georgina Mace (UCL Biosciences) was on the committee from 2018 until her passing in 2020. Professor Mace, founding director of the UCL Centre for Biodiversity & Environment Research, revolutionised the measurement of ongoing rapid biodiversity loss, and the prediction and prevention of its consequences.