Opinion: LGBTQ+ spaces face a new threat from the pandemic – here’s how they can adapt

Dedicated spaces have long been crucial to LGBTQ+ people, but are under threat due to financial pressures exacerbated by the Covid-19 pandemic, says Research Fellow Lo Marshall (UCL Bartlett School of Architecture). 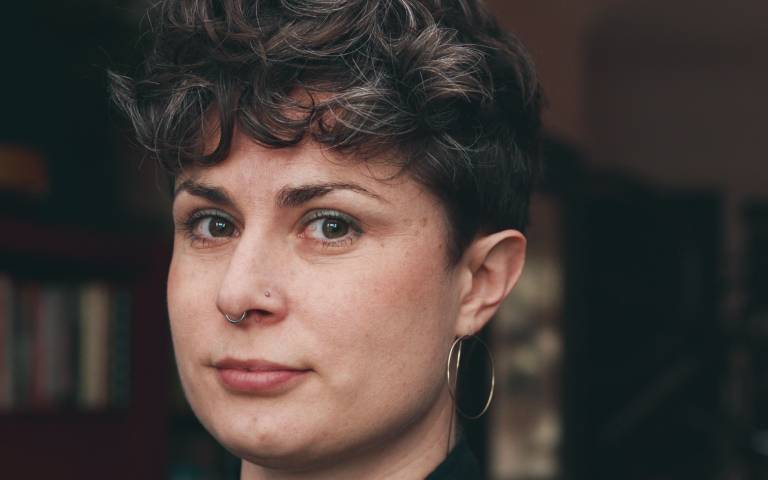 Dedicated spaces have long been crucial to LGBTQ+ people. Whether it’s with friends and chosen family, or partners and hook-ups, these places have created joy and belonging while providing care that isn’t always available elsewhere.

While the pandemic has closed the doors of these venues, the cultures created in and around them have continued. Those behind LGBTQ+ spaces have raised funds for freelancers who’ve lost income, and raised the spirits of those physically isolated from their communities through online events.

Unfortunately, in the UK, it’s unclear how many LGBTQ+ venues can outlast the pandemic, even with the financial support some have received from Arts Council England and the mayor of London.

But this isn’t the first challenge that LGBTQ+ people have faced relating to their access to dedicated spaces. And the way LGBTQ+ communities have responded to the loss of spaces in the past could teach us about how they can continue to adapt in these trying times.

From the mid-2000s there was marked decline in the number of LGBTQ+ venues in the UK, often driven by rising rents due to urban regeneration. In London, for example, much-loved spaces like First Out, Candy Bar, and Glass Bar closed their doors. By 2015, concern about closures was so great it was reported in the mainstream press, and numerous campaigns sprang up to keep venues open. In response, my colleague Ben Campkin and I began researching LGBTQ+ nightlife in London, and found that the number of venues fell by 58% from 121 to 51 between 2006 and 2017.

Another issue is the inequality between LGBTQ+ people perpetuated by venues. Although many LGBTQ+ spaces have a mixed clientele, they have largely been operated and used by white, gay, cisgender men. With women, people of colour, trans people being less likely to have the access to the financial capital to start up and operate venues, there are far fewer venues run by and for the more marginalised.

But the story of the last decade is more complex than a straightforward tale of decline and inequality. Several campaigns to protect and re-open LGBTQ+ venues have achieved landmark results despite severely limited negotiating power compared to pubs, property owners and developers.

Over the last five years, much thought and labour has also been put into adapting LGBTQ+ spaces to be more equitable and inclusive. Some of these measures include having gender neutral toilets and taking explicit stances against discrimination with policies and manifestos displayed visibly online and in venues.

There is also more to LGBTQ+ nightlife than venues. In 2016, when we began our research, we found events run by and for women, trans and non-binary individuals and people of colour in and outside of LGBTQ+ venues were starting to thrive as collectives and club nights multiplied. Audiences for these events also grew, creating strong reputations for great parties with inclusive atmosphere

These scenes have continued to flourish through collectives made up of event promoters, DJs and performers. Many seek to redress the exclusion and discrimination of traditional LGBTQ+ venues that tend to be dominated by white, cis, gay men and a culture of heavy drinking, drugs, loud music and crowds in expensive and physically inaccessible venues. New, recurring events have begun to create alternative spaces that work to change these dynamics, providing vital social and cultural bases for under-served audiences.

Boi Box and Kings of Colour have contributed to the explosion of London’s Drag King cultures among women, non-binary and trans performers. At The Cocoa Butter Club Black artists take centre-stage, and The Bitten Peach puts performers of Asian descent in the spotlight. Promoters like Pxssy Palace  prioritise queer, trans and intersex folk who are black and people of colour and take strong stances against issues like racism, transphobia and consent.

Beyond the capital, the monthly queer clubnight Traumfrau often hosts after-parties for Brighton’s annual Trans Pride. And the Rebecca.Never.Becky Collective is a Manchester-based group of DJs and creatives which showcase talent from queer, trans and intersex folk who are black or people of colour (QTIBPOC).

LGBTQ+ spaces in the age of the pandemic

The pandemic has demanded further adaptations to LGBTQ+ spaces. Thousands have come together for queer online parties as well as more intimate digital gatherings for people who live under multiple identities (such as LGBTQ+ people who are Muslim). Misery Party, for example, is a mental health collective and sober QTIBPOC club night that has run online since the pandemic began, and is oriented toward care, healing and joy.

By removing geographical barriers, these online platforms have shown how LGBTQ+ spaces can reach new audiences and connect with communities in difficult circumstances. They also provide opportunities for organisers to learn about accessibility. For example, Queer House Party has a British Sign Language interpreter, audio description and live captions for the virtual parties it’s thrown since the first Friday of Britain’s first lockdown.

Of course, while proving crucial to many during lockdowns, online spaces cannot replicate or replace the sights, sounds and social interactions that we know and love as part of being face to face and inside a venue. And once pandemic restrictions are eased, we may find many physical LGBTQ+ spaces struggle to open their doors again.

But by the way LGBTQ+ spaces have managed to stay alive and even thrive in the last few years gives us reason for hope. By engaging with communities and offering greater inclusivity, accessibility and alternative versions of existing scenes – both online and offline – LGBTQ+ social life could find new ways forward.

This article was originally published in The Conversation on 24 February 2021.